Ouko to be audited as he exits office 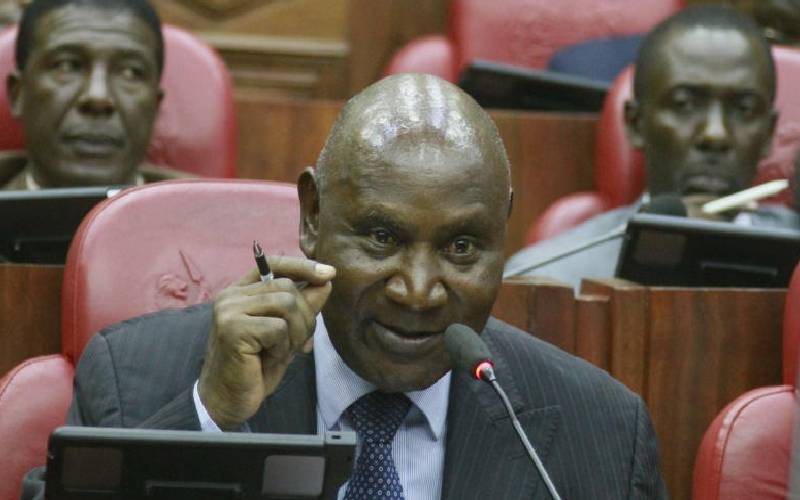 Parliament will spend Sh41.2 million to audit the financial statements of the Office of the Auditor General that have been pending for the last four years.

Auditor General Edward Ouko (pictured), whose term comes to an end next month having served a non-renewable term of eight years, has not been audited despite advertising for qualified firms to look into the accounts of his office.

In a report tabled in the National Assembly last week, PAC chaired by Opiyo Wandayi (Ugunja) said it had settled on PKF Kenya since it has the technical and financial capacity to audit the auditor.

The firm beat six others that had bid for the tender garnering 87.36 per cent.

The six firms include Ronalds and Associates, which had quoted Sh31.6 million and came second having scored  86.72 per cent  while Nelson & Francis Associates, Mazars, Earnest and Martin Associates, Ambale and Company Limited and Kiarie Kangethe and Associates were disqualified.

The decision to settle on M/S PKF came after attempts by the Parliamentary Service Commission (PSC) chaired by National Assembly Speaker Justin Muturi to identify a professionally qualified accountant to provide the external auditor services was rejected by the House.

PSC had recommended that M/S Baker  Tilly Meralli’s firm that had earlier audited Ouko for the financial years 2011/2012, 2012/2013 and 2013/2014 be considered for appointment, but the House  rejected this on grounds of conflict of interest despite being the lowest bidder out of the four firms that had expressed interest.