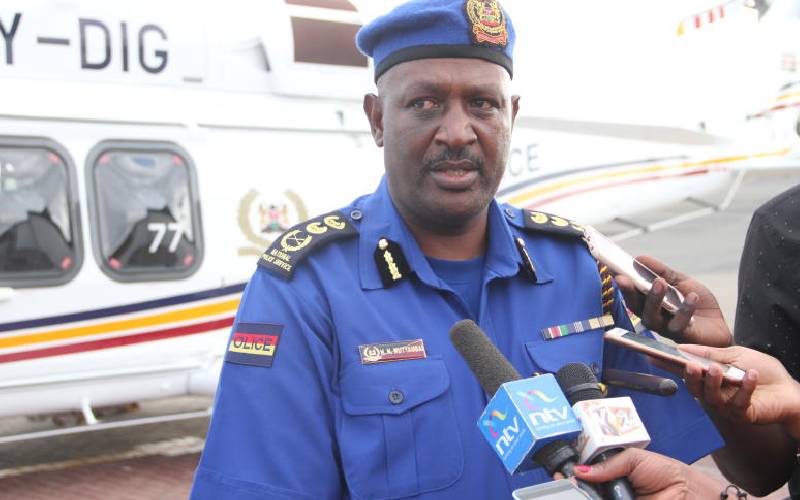 More changes are expected in the police service as Inspector General Hillary Mutyambai (pictured) assembles a team he intends to work with.

To begin with, Deputy Inspector General of police (DIG) Edward Mbugua is expected to retire from next month after attaining 60 years.

The National Police Service Act says the president can redeploy the DIG before he or she attains the age of retirement.

“The President may remove, retire or redeploy a Deputy Inspector-General at any time before he attains the age of retirement,” reads part of the Act.

Sources within the service say that the President might have Mr Mbugua's term extended.

The head of legal at the Inspector General's office Stanley Cheruiyot, his principal deputy Julius Kanampiu and Kitoo Kapchanga who is in charge of personnel are expected to be moved.

Officials who spoke to The Standard say the changes are set to be ratified on Tuesday when the National Police Service Commission meets.

“More changes are to be announced as the IG puts together a team he will work with across all units,” said a source within the police service.

Mutyambai was named the IG in April and is yet to make overriding changes to assert his leadership.

He has already announced that all Officers Commanding Station will now be referred to as Ward Police Commanders.

Mutyambai said competence and professionalism will be the guiding principles as he deploys police commanders across the country. [C