Somalia's activities that have raised tension with Kenya 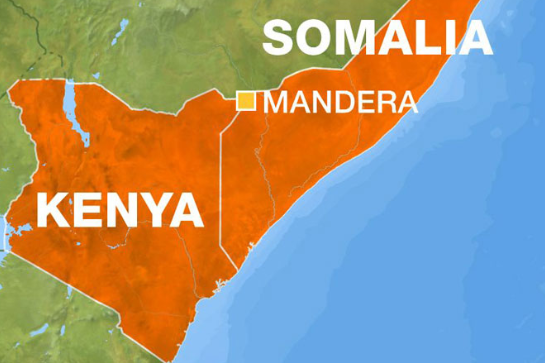 A flurry of activities by Somalia leaders in the last two months has escalated tensions between the Horn of Africa nation and Kenya over a simmering maritime boundary dispute.

The actions that culminated in Somalia’s Parliament on Monday passing a petroleum law, paving the way for exploration in its waters, have raised Kenya’s suspicions that Somalia will renege on a deal not to interfere with the contested marine territory.

“With the passage of the petroleum law it is anticipated that PSAs (production-sharing agreements) will subsequently be signed, which will enable exploration activity to then commence,” read a statement by Somalia’s Government.

The intrigues of American officials visit to Somalia, a request to offset Somalia’s unpaid debt, articles on the contested maritime territory suspected to be from the Somalia Government, and opposition to listing Al Shabaab as a terror group are seen to have prompted Kenya to flex its muscles this week.

Among the issues discussed was setting up an advanced Danab infantry brigade with five battalions, as well as a brigade at Baledogle Military Airfield.

On the same day, in Switzerland, nations were preparing to take a critical vote on Israel’s resolution on its occupation of Golan Heights in Syria.

Curiously, Somalia, which had been casting its vote against Israel, kept off for the first time in history.

Although Somalia later issued a statement that its stand was that the Golan Heights are in Syria, and recalled Somali diplomat Faduma Abdullahi Mohamed back to Mogadishu from the United Nations, its actions raised interest as to what had influenced its change of heart.

Questions as to why the US suddenly got interested in a country it had initially withdrawn its troops from, and the missed vote, raised suspicion that Kenya’sneighbour had dangled the mineral blocks for better relationships.

The Bretton Woods Institutions - the World Bank and the International Monetary Fund - help war-ravaged countries get back on their feet.

Kenya’s contention is that considering Somalia has been at war, it had nothing else to offer for the debt to be lifted other than the contested mineral blocks. At the sidelines of this meeting, US National Security Advisor John Bolton met the Somalia Premier at the White House in a meeting attended by  Norwegian Minister of International Development, Dag Inge Ulstein.

This raised further suspicions in Kenya, taking into consideration the interest in the recently auctioned gas exploration blocks belonging to Kenya in the Indian Ocean.

Kenya’s suspicions about the new relationship between Somalia and the US is also drawn from US opposition for the United Nations to declare Al Shabaab a terror group.

Last year, when the United Nations sought to include and list Al Shabaab as a terrorist group under UNSC Resolution 1267, China, Somalia, Djibouti, Ethiopia, Uganda and Burundi voted with Kenya while the US and UK vehemently opposed the listing.