Hillary Nzioka Mutyambai has this morning been sworn in as the country’s third Police Inspector General (IG).

Mutyambai who replaces Joseph Boinnet will serve a four-year term as the new IG, as mandated in the 2010 Kenyan Constitution.

Speaking at the swearing-in ceremony held at Supreme Court, Nairobi, the new IG affirmed his commitment of security and safety to all Kenyans

He also put to notice rogue police officers saying, “Police have the right to discharge their duties firmly and fairly but those who break the law will be served with justice accordingly.”

Mutyambai comes to office at a time when a number of reforms are being implemented in the National Police Service.

They include 24,000 Administration Police Service (APs) joining the Kenya Police and adoption of a new uniform for the more than 65,000 officers.

There is also a proposal to have each of the 290 constituencies or sub-counties named as police divisions under the command of the sub-county police commander.

He is also expected to address a myriad off issues within the service including management of police welfare, community policing and public partnerships.

In his address, Mutyambai said that during his tenure, he will “build new police stations and improve working conditions on existing ones.” 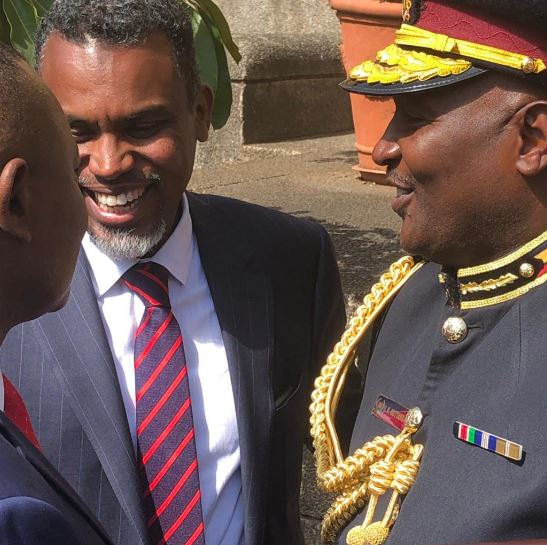