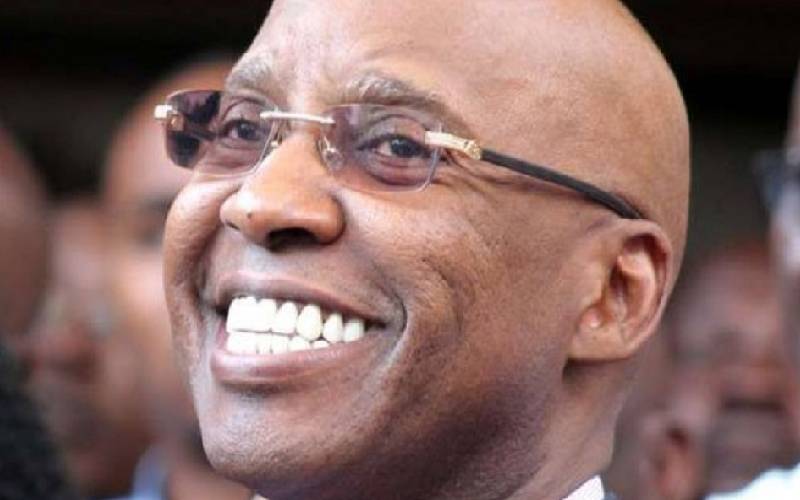 Businessman Jimmy Wanjigi (pictured) will not answer to charges relating to seven firearms which had allegedly been retrieved from his house in Muthaiga.

This is after the High Court in Nairobi quashed the charges and summons which had been issued against the businessman in Nyeri, after finding that the case against him was done out of sinister motives.

Justice Pauline Nyamweya in her 35-page judgment, ruled that the Inspector General of Police and Director of Public Prosecutions (DPP), had abused their office by preferring charges against Wanjigi away from where the crime had been allegedly committed.

While defending their actions, the prosecution and police explained to the court that they opted to charge Wanjigi in Nyeri as it was his rural home.

However, the businessman explained that he had not been in his village in Nyeri for over a year and it would beat logic to leave courts in Nairobi and its surrounding for the remote court.

While agreeing with Wanjigi, the judge observed that the DPP and IG’s actions were not only abetting an illegality but was unfair to him as it entailed additional expenses and inconveniences.

The judge also observed that Wanjigi was arrested and charged despite obtaining orders from the High Court barring the State from taking any action against him.

EACC to go for top politicians in Sh2 billion-mall probe

The title deed of the multi-billion mall land is in the hands of Erdermann Properties.