Why Swazuri has been locked out of office 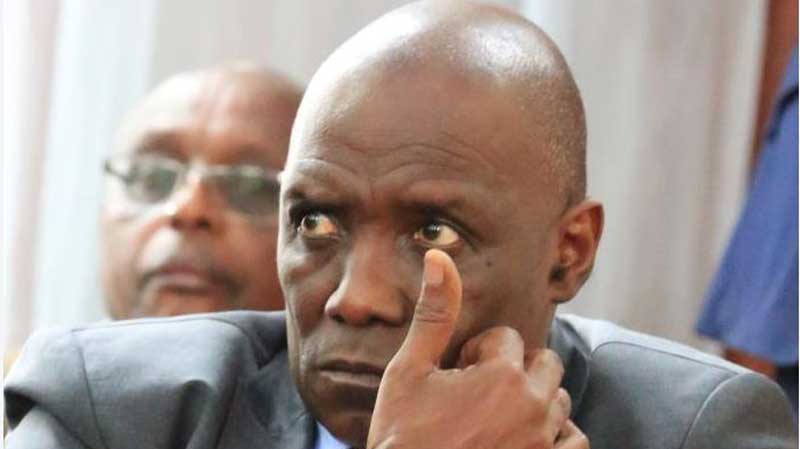 The embattled land commission boss has been locked out of his office.

Locks on the doors of Muhammad Swazuri's (pictured) office at Ardhi House were changed at the weekend after it emerged that he did not follow the right procedure to go back last week.

The meeting at the EACC offices resolved to lock Prof Swazuri out of the office until the right procedure was followed. A court order had allowed him to go back to his office.

“NLC failed to consult EACC, as directed by the courts, before being allowed back into the office. Until that is followed, he will be out,” said a source.

Swazuri's secretary was also told to stay away until she gets an alternative office.

His lawyer, Tom Ojienda, said he will go back to court for further directions.

“They locked the doors at the commission by changing the locks and even his secretary can't access the office. We will move to court for further directions,” Prof Ojienda told The Standard.

Officials at EACC said they were not consulted, as directed by the court, to allow Swazuri back into office, hence the need to lock him out.

Principal Magistrate Lawrence Mugambi had on August 29 ruled that the NLC chairman, being a constitutional office holder, could not be removed from office for being charged with a criminal offence.

Medics down tools to force resignation of CEO

Services at the Embu Level Five Hospital were paralysed after medics downed tools to demand resignation of the facility’s CEO Moses Njue.