Genocide, defined as the “deliberate killing of a large group of people, especially those of a particular ethnic group or nation,” is the most heinous crime known to humankind. There can be no defense for genocide. In March, I spent a week in Namibia pushing for justice for the 1904-08 genocide of the Herero and the Nama peoples by Germany. Although that holocaust was committed 115 years ago, I was struck by how present and painful it was among the Herero and the Nama, and how absent it was among German-Namibians. In my view, full accountability for that genocide – the first of the 20th century – is only possible when Germans see the Herero and the Nama as their equals.

Namibia, like most African post-colonial states, was born out of the rape of Africa by Europe. In 1884, as part of the Scramble for Africa, Germany took over the territory of what is Namibia today. White South Africans defeated the Germans in 1915 and in 1920 – after the First World War – the League of Nations “gave” South West Africa (later known as Namibia) to the UK under the administration of South Africa. From 1948, South Africa applied apartheid laws to Namibia until it gained independence under the South West African Peoples Organisation (Swapo) in 1990. Half the population is the Bantu-speaking Ovambo with Herero, Nama, Damara, Himba, several white European ethnicities, and the Chinese as minorities. The Ovambo dominate Swapo.

Namibia is two countries in one – one white and rich, the other black and poor. Approximately 4,000 whites – a tiny fraction of the Namibian population of 2.3 million – owns half of all arable land. Namibia has a high per capita income but it has one of the highest rates of income inequality in the world. The poorest of the poor are among the Nama and the Herero who continue to suffer the effects of the genocide, land dispossession, and alienation from the state. Shockingly, the Swapo government has done little to redress deep-seated economic and social inequities. It has not addressed the Herero and Nama genocide and the central question of the ownership most of the land by whites.

It's against this grim picture that the Herero and Nama seek justice for the genocide by the Germans. In their view, the state hasn’t acted proactively because it’s dominated by the Ovambo and doesn’t want to upset its relations with Germany. That’s why the Herero and Nama have been working with a number of Berlin-based German organisations to press for the recognition of the genocide and the provision of reparations by Germany. Wolfgang Kalek, a German lawyer and founder of the European Centre for Constitutional and Human Rights (ECCHR), is the moving spirit behind the push in Germany to put the genocide in the German national consciousness and public discourse. He believes that public pressure in Germany is critical.

Mr Kalek’s ECCHR has been working with the Academy of Arts, a German institution. They’ve formed an alliance with three Namibian organisations – Ovaherero Genocide Foundation (OGF), the Nama Traditional Leaders Association (NTLA), and the Nama Genocide Technical Committee (NGTC). The Namibian organisations – which have an ambivalent, if not hostile, relationship with the state – fuse civil society to the traditional leadership structures of the Herero and Nama. Kalek, the ECCHR, and their German collaborators have navigated these complex relationships with dexterity. One sign of ECCHR’s success is that the Goethe Institut, the German-funded but independent cultural organisation, hosted and helped fund the conference on the genocide in Windhoek and Swakopmund. My guess is the German state was not thrilled.

In addition to raising the visibility of the Herero and Nama genocide in Germany, an important outcome of ECCHR’s efforts was the suit filed in New York by the Herero and Nama against Germany. American courts are notoriously hostile to claims of historical injustices, such as slavery, and so it wasn’t a surprise when the judge dismissed the suit on jurisdictional grounds. Germany opposed the suit. It’s a tall order to sue a state in US courts. The plaintiffs are appealing. I know the lawyers for the plaintiffs are optimistic. However, the plaintiffs should be hopeful but be prepared for another disappointment. The most important result of the case is the legitimation it’s already given to the cause.

Until we occupy Parliament, MPs will keep laughing us off

We Kenyans have allowed these “mazimwi” (ogres) from the executive and legislature to continue ripping us off. 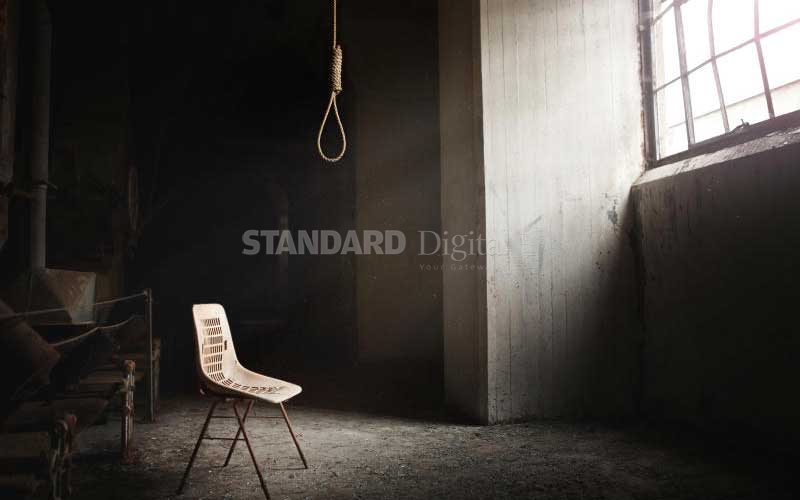