Judges are not 'sovereigns' of the Judiciary, nor are they above law 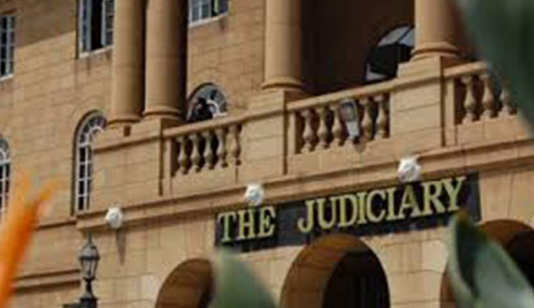 In a democracy, no one – not even the head of state – is above the law. That’s a cardinal rule in free societies. A democracy isn’t an executive monarchy, or a dictatorship in which royals or thugs are above the law. The word of such potentates is often law. Not in Kenya, or the United States. But no one is beneath the law either. The law must be applied equally to all.

That’s what Donald Trump doesn’t get – the man isn’t a king. Which brings me to the arrest and pending prosecution of Deputy Chief Justice Philomena Mwilu on several criminal allegations. Emotions have been running high over Justice Mwilu’s tribulations. Let’s cut through the muck and noise and see what’s happening.

Let me say I am not a court. It isn’t my job to adjudge guilt or innocence. I have not seen any evidence, although I have read the allegations. So I cannot – and won’t – opine on Justice Mwilu’s guilt, or innocence.

What interests me are several tenets of a democracy – the presumption of innocence, the independence of the Judiciary, and the equal application of the law no matter one’s station in life. It’s not my job to defend, convict, or exonerate Justice Mwilu. But I am interested in the jurisprudence – the science of law – on the arrest and prosecution of judges. Are judges “sovereigns” of the Judiciary who are untouchable? When can a judge be arrested?

The 2010 Constitution is clear on the doctrine of separation of powers among the three arms of the state – executive, legislature, and the judiciary. An important element that’s often overlooked is that in a democracy, the doctrine works not only because of the black letter of the law. Comity, courtesy, and compromise are key democratic norms that oil the machinery of democracy.

Remove them and a democracy will be gridlocked and eventually fail. That’s why often norms are more important than black letter law. That’s because norms are the foundation of a civilisation on which the black letter law is written. We obey, or disobey, law not because of itself but because we either accept, or reject, the norm it’s founded on.

It’s therefore anti-democratic – but not necessarily illegal – when one arm of the state improperly encroaches on another. This is what happens in illiberal democracies and outright dictatorships. In many respects, Kenya is an illiberal democracy. The state and the people are still struggling to internalise liberal democratic norms.

Kenya’s ruling elite is deeply anti-democratic and illiberal in spite of sitting on one of the most liberal constitutions in the world. Our people – the so-called wananchi – still admire thugs, looters, and drug dealers. There’s no other explanation why so many scoundrels are elected to public office. Public officials steal from Kenyans to enrich themselves with impunity. They then play the tribal card or cry persecution when arrested.

I have long been an advocate for the rule of law, an independent Judiciary, and democracy in Kenya. But I am also keenly aware that Kenya’s Judiciary is one of the most corrupt in the world. Reports produced by the same Judiciary itself have laid bare the malignancy. Justice has long been for sale in the so-called “temples of justice.”

Former Chief Justice Willy Mutunga struggled to nuke these demons and initially made some progress. But by the time he left office in 2016, the vice’s grip on the courts was tight as ever. Two vices have retarded judicial independence in Kenya – executive interference and judicial corruption. Cabals of corrupt advocates, judges, and court personnel have neutered and killed the Judiciary.

What does DCJ Mwilu have to do with all this? After her arrest on allegations of fraud, tax evasion, and money laundering, the DCJ’s lawyers argued that she couldn’t be arrested and prosecuted. They called the arrest – and the manner it was effected by DPP Noordin Haji – an abrogation of judicial independence and an insult to the dignity of a judge. She – and her supporters and lawyers – saw a sinister motive.

They cited the vituperative comments by Jubilee’s Uhuru Kenyatta upon the Supreme Court’s nullification of his re-election in the August 2017 polls. Mr Kenyatta and Jubilee had famously warned that they would “revisit” the Judiciary to teach it a lesson.

DCJ Mwilu had been particularly courageous and vocal during the petition hearing. Soon after, her car was attacked and her driver injured. Was a message being sent? Nowhere does the Constitution prohibit the arrest and prosecution a sitting judge. In the past, Judge GBM Kariuki and Magistrate Judith Achieng Nyagol have been arrested and prosecuted. A judge who shoots a person dead on Kenyatta Avenue must be arrested. He can be convicted and jailed. That shouldn’t interfere with the process of discipline or removal by the Judicial Service Commission.