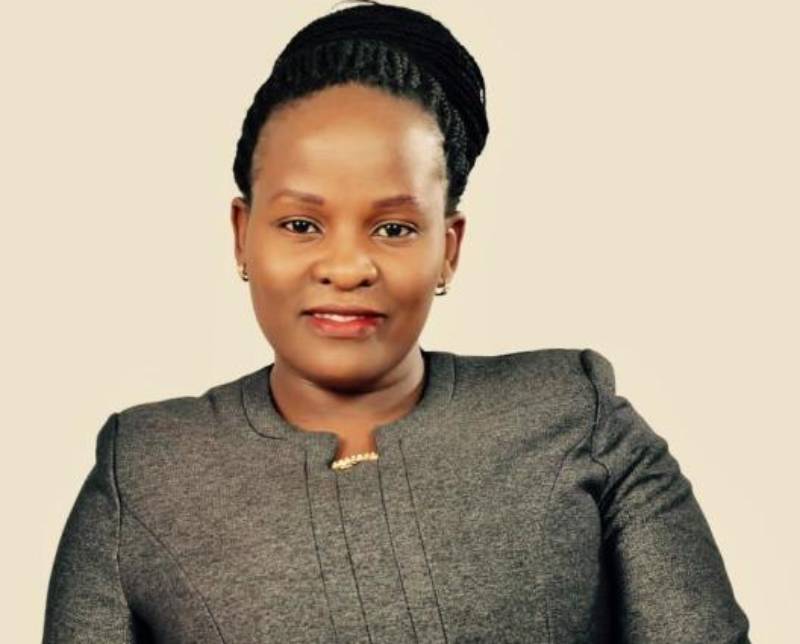 Growing up in a family of 20 seems to have prepared Dr Judith Oloo (pictured) to scale a world where excellence counts in order to stand out.

At 36, Judith has headed the department of private law at the Catholic University of Eastern Africa (CUEA), heads the public law department at Jomo Kenyatta University of Agriculture and Technology (JKuat) and is also the CEO of East Africa Centre for Human Rights (EACHRights).

She says she is a simple girl from Oyugis, Homa Bay County, who believes in making a difference through social justice.

“I believe I was born to upset oppressive social norms and not just pass through the face of this earth without making a difference and my weapon to achieve this is law,” says Judith.

Growing up, she thought of being a doctor but then again the sight of blood discouraged her, so she went for a career that would draw different kind of blood – along the corridors of justice.

Growing up in a polygamous family, Judith says she started getting thrust into responsibility at the tender age of nine. Her father was a secondary school teacher, an entrepreneur and later a politician, while her mother was a court clerk who worked her way up to a magistrate. She says: “My mother worked in the judicial system, she encouraged me to study hard, to come back and join her in the Judiciary.”

She has fond memories of the school which instilled in her discipline and integrity that have remained her key life pillars to date.

Despite passing well to secure a slot at the university, Judith’s dad thought it wise to send her out of the country to go and study, along with three of her siblings.

She recalls: “From early life, my father entrusted me with a lot of family responsibilities including being sent to pay fees for my younger siblings and generally look out for them.”

In India; from the shock of language barrier, spicy food, arranged marriage, women paying dowry for their husbands to the practice of vegetarianism, Judith went through her studies learning to embrace divergent cultures.

Coming back home, she joined the Kenya School of Law leading to her admission to the bar in 2012 after which she landed her first job at Cuea, starting off as an assistant lecturer in 2011, later as a lecturer before being promoted to head the private law department, a position she held for two years before moving to Jkuat in 2015. While still at JKuat, Judith started her doctorate studies at St Augustine University of Tanzania successfully graduating in December 2017.

Her areas of academic interest include jurisprudence, humanitarian law and human rights law. Her legal background got her interested in the practice of human rights at EACHRights, a regional NGO that undertakes programmes to promote, protect and enhance economic, social and cultural rights for vulnerable and marginalized groups of people.

She aspires to make EACHRights the largest child rights organisation in Eastern Africa, with the requisite technical capacity to handle all that pertains to rights of children.  Her work at the child rights NGO complements and enriches her teaching work at the university.

“I have published several academic papers on human rights and social justice including my thesis on rights of marginalised and vulnerable groups,” she says.

She says that her father, who passed on just two months before her PhD graduation, instilled in her virtues, top of which is self-discipline and concern for others, that guide her through life.

Her father owned a secondary school where he would educate children from poor backgrounds free of charge; he was also a women rights’ defender, a trait she says she picked up. She believes all children must be given equal opportunity in life.

One thing she learnt about life is that the higher one goes, the less crowded it gets and exertion can get you to that space.

Looking at her life, it comes as no surprise that she was part of the legal research team in the 2017 presidential election petitions leading to a re-run.

Being a law lecturer and a social justice advocate does not present much of a challenge, she says, as the two complement each other.

Judith points out that a lot has changed in the world of child rights much of which earlier, was held in the hands of parents and guardians. She explains that children are now empowered to know what their rights are.

She says: “At EACHRights, we have carried out a campaign that sensitise children on what their school is supposed to look like, the kind of teachers, classes and infrastructure they should have. We also advocate against FGM and child marriage through policy influencing, research and knowledge management, and public interest litigation.”

She warns that there is a need for sensitisation of communities to know that children are not passive players when violence happens at home especially at this time of Covid-19 which has seen increased violence cases.

“A lot of violence is happening in the society because of gender inequality and those seen not to be submissive are met with violence,” she says.

Regarding the re-opening of schools, Judith insists that the best interest of the child must be the key consideration, adding that while children remain at home, parents and teachers work together to ensure this period is not wasted.

To improve enrollment rates, she says, the government should increase the budgetary allocation to the education sector so as to ensure better transition and completion rates. She adds that this was one of the wins of the school feeding programme, which saw more children get enrolled in school.

Her favorite quote is Oprah Winfrey’s “Passion is energy. Feel the power that comes from focusing on what excites you.”

Previous article
What it will take to ease tough restrictions
Next article
Pregnancy made me hate my husband's voice, cooking