Lifestyle
“I also experienced headaches, vomiting and pain in the waist area,” she said. 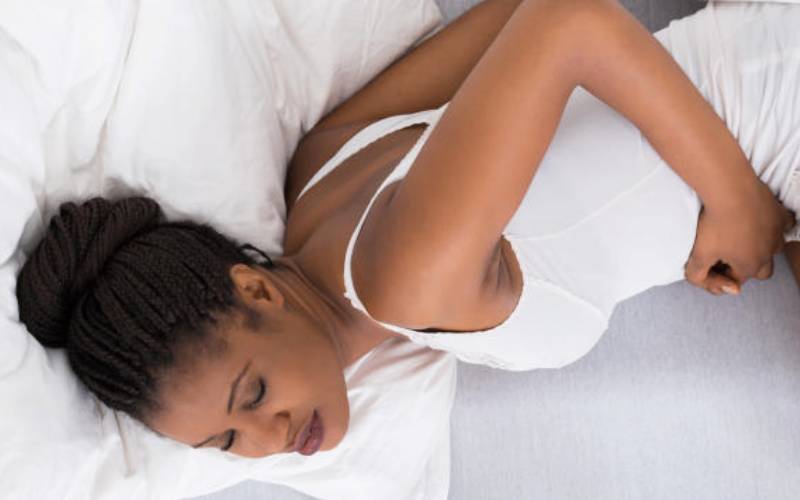 For a woman in her reproductive age, having a menstrual cycle is a normal occurrence. However, there is a small percentage of women for whom that period is a harrowing experience as a result of a rare condition called premenstrual dysphoric disorder (PMDD). PMDD is similar to premenstrual syndrome (PMS) but more forceful and debilitating. And will have many women on antidepressants to keep their temperament under control. PMDD is a cyclical mood disorder caused by a sensitivity to hormone fluctuations. The rising and falling levels of hormones (estrogen and progesterone) influences chemicals in the brain, including a substance called serotonin, which affects mood. Brackcedes Jemutai has had to learn how to manage the mood disorder because she has lived with it since she was a teenager.  Early days, she would wonder why she experienced frequent stress and anxiety during certain periods of the month. Depression would set in a few days before her period and end as soon as the flow started. “I was always in a foul mood.  I could get angry for no reason, not do any work and missed school days,” she says. Though the psychiatric symptoms were the strongest, there were odd physical patterns as well. She would be bloated, fatigued, dizzy and sleep excessively. “I also experienced headaches, vomiting and pain in the waist area,” she said. She thought it was normal. At least normal for every woman to get depressed.  And every month, like clockwork, she would spend some time repairing the damage she had wrought on her relationships.    “My school work suffered too. When the episode passed, I would focus on cleaning up my academics.” Eventually, her mother noticed her unusual behaviour and noted that the occurrences were linked to her menstrual cycle. And she suggested seeking medical help. “I went to hospital and the doctor prescribed some antidepressants in addition to hormone regulators,” she said. Jemutai takes the drugs religiously to keep her moods in check.   After seeing a doctor, the unusual experiences she’d been having since puberty finally made sense. According to International Association for Premenstrual Disorders (IAPMD) an estimated five to ten per cent of women of reproductive age have PMDD.  This number does not account for women whose ovulatory cycle is suppressed by hormonal, chemical, or surgical means. Studies also show that 30 per cent of women individuals with PMDD will attempt suicide in their lifetime while a larger percentage experience suicidal thoughts and self-harm. The condition affects the health of up to eight per cent of women and has even been linked to outbursts of violence, but PMDD is still poorly understood. But a lack of consensus and knowledge around symptoms, whether they’re biologically, psychologically or culturally rooted, leads to PMDD being commonly misdiagnosed. It is only in May 2019, that the World Health Organisation (WHO) added PMDD to the International Statistical Classification of Diseases and Related Health Problems, validating it as a legitimate medical diagnosis worldwide.