Daily Habits That Put You at Risk of Depression 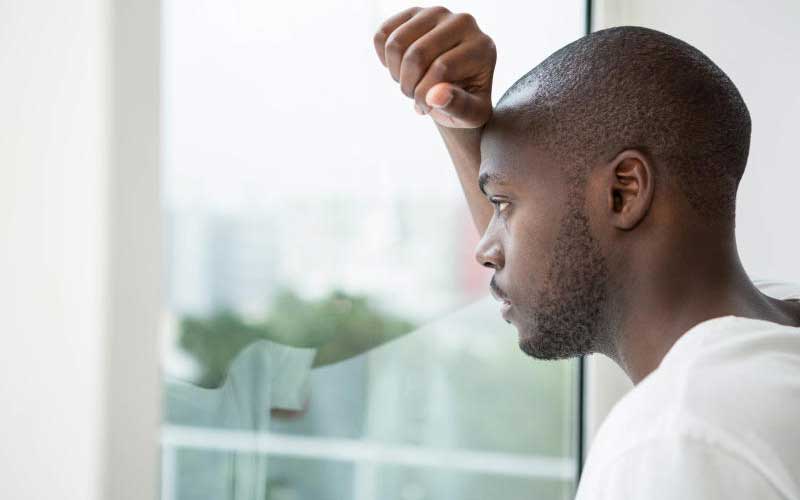 Research has found a link between heavy technology use and poor mental health in teenagers and young adults. But are there other habits that increase the chances of depression? Clinical depression, a mental condition that is characterised by deep feelings of sadness, emptiness and social withdrawal, has been a rising health concern all over the world. The number of people diagnosed with clinical depression has surged to epidemic proportions over the past decades. From a rarely-mentioned condition at the margins of society, depression is now widespread in all aspects of life – from classrooms, to boardrooms, farms, inner cities, suburbs, slums and refugee camps. In addition to heavy use of technology, these are some of the daily habits which can increase your risk of falling into depression:

SEE ALSO: Are you just taking naps or are you depressed?

1. Eating junk food Do you have a tub of ice cream whenever your spirits are down? Although eating processed food might lift your mood in the short term, it has the opposite effect in the long term.  A 2013 analysis of research on diet and depression which was published in The American Journal of Clinical Nutrition found that the healthier one’s diet was, the lower their risk of depression. Think about it, your brain is fuelled by the food you eat. If you constantly fuel your body and brain with less than premium food, you are bound to experience negative consequences. Diets high in refined sugars negatively affect your body’s insulin regulation, promote inflammation and oxidative stress. Many different studies have found a link between diets high in refined sugars and impaired brain function. Pay close attention to what you eat and how it makes you feel, not just in the moment but the next day. If you eat clean, healthy food for a week or two (which means avoiding processed foods and sugar) you will definitely notice that you feel better.

SEE ALSO: Dealing with lockdown loneliness - from keeping active to coping without hugs

2. Skipping exercise If you are like most people, you spend a huge part of your day in front of a computer. This could explain why you are feeling depressed. A 2013 study published in the American Journal of Preventive Medicine, the longer a person sits, the more likely they are to experience symptoms of depression. The findings were based on a study of 8,950 women aged 50 to 55 in 2001, 2004, 2007, and 2010. According to the study, women who sat for more than seven hours a day were at a 47 per cent higher risk of depressive symptoms than those who sat for four or fewer hours a day. Women who had no exercise had a 99 per cent higher risk of experiencing depressive symptoms than those who had regular exercise. Although the link between lack of exercise and depression is still unclear, researchers know that exercise stimulates the production of endorphins, the body’s cannabis-like hormones which promote a sense of well being.  When you’re exercising, you also take your mind off depressive thoughts, and boost your self-confidence and feelings of self-worth. 3. Spending time with negative people

SEE ALSO: How Kenya got so fat

“Show me your friends and I’ll tell you who you are,” goes a popular saying. This is true when it comes to having depressive thoughts. If you’re spending most of your time around people who always have something to complain about, that explains why you’re always in a funk. But negative people are everywhere and it’s not your job to change their outlook. The best thing you can do for yourself is to stay away from negative people or just ignore them. If that is not practical, try to understand the reasons behind their grumpiness. For instance, if they had a bad childhood or are experiencing other major problems, you will understand that the negative behaviour sprouts from those experiences. Therefore, you will be better equipped to maintain your good mood even when they’re grumpy. 4. Not spending time in nature Living in the city has its perks – more job opportunities, access to a variety of food, the exciting social scene, and interacting with people from all over the world. However, spending too much time in high-rise office and residential buildings can put a damper on your mood. According to a 2011 study published by the Central Institute of Mental Health at the University of Hidelberg, people who live in big cities are at a higher risk of developing depressive symptoms than those in rural areas.

If you’re a city dweller, make effort to spend as much time in nature as possible. Take quick trips to the park, spend time in the garden at home or the office, and go on hikes over the weekend. Even something as simple as having a few potted plants at home or in the office helps. 5. Staying up late The amount and quality of sleep you get each night can also determine your mood. According to a 2014 study published in the journal Cognitive Therapy and Research, people who went to bed later were more likely to report chronic negative thoughts than those who had an early bedtime. In general, experts recommend getting 7 to 8 hours of sleep every night. 6. Spending too much time alone Are you a loner? Although having alone time can be healthy, spending too much time alone can reverse the benefits and put you at risk of developing depression. Various studies have shown that loneliness might be the root cause of many health problems including heart disease, inflammation, cancer and depression. Humans are social animals and we do best when we have a strong and supportive network. Don’t just connect with friends and family on social media or through phone calls – make time to meet them in person as often as possible. You will all be healthier for it.