I had the opportunity to interact closely with Binyavanga Wainaina. He lived close to my house and we often bumped into each other at Galleria Mall, Nairobi, as we both ran errands. It was easy to spot him with his dyed hair, shorts, coloured shirts, and sandals. His loud laughter often made people turn their heads. I loved his sense of humour. We had many intellectual conversations about religion, literature, politics, history… He was a wealth of knowledge and I loved that.

I remember I once spotted him at Art Caffe, Galleria. He was seated alone. I took a detour so I could say hello to him and he gave me a warm embrace. When I turned around, I got so many cold stares. At first, I thought it was because we were talking loudly, then it hit me. Binyavanga had been in the news for coming out as gay and it did not go down well with many people.

After our “awkward” meeting at the coffee shop, I decided to arrange a meeting at his house and have a chat about this “thing” called homosexuality. Instead of judging Binyavanga, I told him I was going to ask him questions people were too scared to ask him in person.

“I, Binyavanga Wainaina, quite honestly swear I have known I am a homosexual since I was five.” These are the words Binyavanga, a celebrated Kenyan writer, novelist and 2002 Caine Prize winner, chose to tell the world about his sexual orientation.

January 18, 2014. Binyavanga turned 43. Three years before, he had published a memoir entitled: One Day I Will Write About This Place. But there was one chapter that got lost and on his 43rd birthday, he published that “lost chapter” on a South African blog – Chronic Chimurenga. He titled it: I am a homosexual, Mum.

“The whole idea of coming out was to be in a more accountable place as a person. It has been a great experience. As a person you have a lot more energy when you are feeling purposeful,” Binyavanga told me.

Binyavanga’s open confession that he was gay came around the same time Nigeria’s President Goodluck Jonathan signed an anti-gay law that prescribes a 14-year jail term for homosexuals and bans same-sex relationships.

More than a month later, on Monday February 24, 2014, Uganda’s President Yoweri Museveni signed an anti-gay bill into law making homosexual acts in Uganda illegal and a crime not to report gay people - making it impossible for people to live as openly gay. The anti-gay law was first introduced in 2009 and proposed a death penalty for homosexual acts. Homosexuality is illegal in 38 African countries. In Kenya, the law refers to it as, “having carnal knowledge against the order of nature.”

Homosexuality and gay rights are touchy topics in Africa. Binyavanga said he came out to make a political point. “Look at what is going on in Nigeria and Uganda. These laws do not apply to the elite. The most vulnerable are being killed and humiliated. In Nigeria, it is a political move to get cheap votes.”

After coming out and receiving a lot of backlash about his lifestyle, Binyavanga said he was not expecting people to follow his example. He said people should never feel pressured to openly declare their sexual preference.

“I am not an activist for people coming out. However, you cannot legally silence people from talking about what adults do. We are a generation of people who want to live in an accountable world. You can choose not to deal with certain things but you can't demand society not to talk about things which you feel uncomfortable about.”

The meaning of Binyavanga’s name

Binyavanga’s name means mixed up. He was the second born son in his family and as per the Kikuyu custom he was named after his maternal grandfather. “Binyavanga became his official name after he became an adult. The name stuck because as a child he used to mix up all his food before eating it.”

Binyavanga told me he was very happy to be living in a normal truthful place. On Facebook, people have made nasty comments on his updates but no one was brave enough to address him directly. “I think people are generally cowards. I am an educated guy and when someone confronts me I will have something to say!”

In the lost chapter, Binyavanga emotionally recounts the death of his parents. His mother died in 2000 while he was in South Africa. He had not seen her for five years.

He says it took him five years after his mother’s death to find a man who gave him a massage and some brief, paid-for love. “I cannot say the word gay until I am thirty nine, four years after that brief massage encounter,” wrote Binyavanga.

Why didn’t he tell his mother and father that he was gay before they died? “I was not ready. My dad died just around the book (One Day I Will Write About This Place) came out and I never had the conversation with him. Even when I was writing the book, I had this nagging feeling that I had to talk about this issue because it was a memoir. But I decided to wait. I did not want to publish and shock my dad.”

The dilemma of opening up to family

Binyavanga almost had “the conversation” with his dad a month before he died but he kept postponing. “I felt terrible after my dad died and I had not told him I was gay.”

Two weeks later, he told his siblings. His brother said he knew about his sexuality all along. “I thought to myself why have I wasted all this time?”

In every society, there are people who tolerate things because there are unseen and unsaid. “It was not the time to come out publicly. It took me two years to be ready and deal with the loss of my dad before I could share with the world. It took me eight months to get courage to write the "lost chapter".”

Mixed reactions about his coming out

As a public figure, Binyavanga often had his 15 seconds of fame. After his public confession, he was not sure what people were thinking. “I have travelled abroad a lot and I can say Africans have this first instinct to protect somebody’s dignity. It is a very conscious thing that people do. I go into a building and the security guard greets me enthusiastically. You don't know if that is approval. People don't shame you in your presence they wait for you to go and start talking.”

Binyavanga’s book sales went up – especially on Amazon. He could not tell me the gender of the readers who were buying his book. “On social media, you will see a lot of people are curious. I don't bother with comments from people who have not read the book. Most of the women who have read my memoir acknowledge that it was written with a lot of love.”

Following his confession, Binyavanga told me his next big assignment was to talk about the rights of homosexuals – for them to live a normal life. “People should not rush to declare their sexuality openly until they have done their calculations. The minute you make it open, people feel they have to act. We have many activists fighting for one thing - the freedom to live. We still want to have a private life.”

After Nigeria’s President Jonathan passed the anti-gay law Nigerian writer Chimamanda Adichie said, “The new law that criminalizes homosexuality is popular among Nigerians. But it shows a failure of our democracy, because the mark of a true democracy is not in the rule of its majority but in the protection of its minority – otherwise mob justice would be considered democratic. The law is also unconstitutional, ambiguous, and a strange priority in a country with so many real problems. Above all else, however, it is unjust.”

Homophobia is learnt in church

After his shocking revelation was planning to blog about the issue of homosexuality. The first piece he was putting together was about hypocrisy. “All Africans in the last 20 years have enjoyed the right to get cheap generic drugs. The gay movement in the US fought for them while churches had buried their heads in the sand and failed to address HIV/Aids.”

Regarding the churches stand on homosexuality, Binyavanga strongly believed churches should not have a lot of power over secular countries. “Homophobia is learnt in church and Africa is full of churches. I am yet to see a body of works that says homosexuality is not African.”

Many people in Africa believe the Bible condemns homosexuality. “The Bible can be a basis for how we choose to live our personal lives, but it cannot be a basis for the laws we pass, not only because the holy books of different religions do not have equal significance for all Nigerians but also because the holy books are read differently by different people. The Bible, for example, also condemns fornication and adultery and divorce, but they are not crimes,” argues Adichie.

Binyavanga purpose in life was to see many more people able to live in a free world. “By my coming out, I made it clear that a large section of this public has already learnt to imagine living with gay people. When you ban things you create noisy exiles - they don't know how to shut up!”

Even in death Binyavanga continues to be a person discussed under hushed tones. One thing I know, he lived in a space of truth. He spoke his mind and was happy about the choices he made.

Rest in Peace Binyavanga Wainaina. See you on the other side. 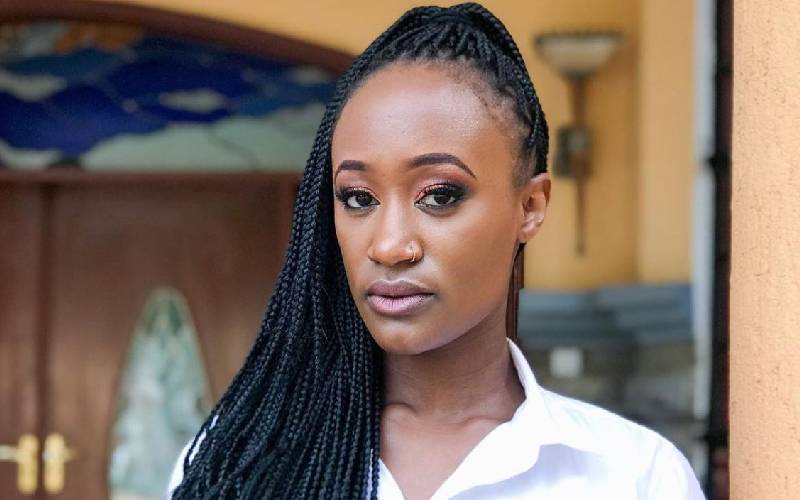