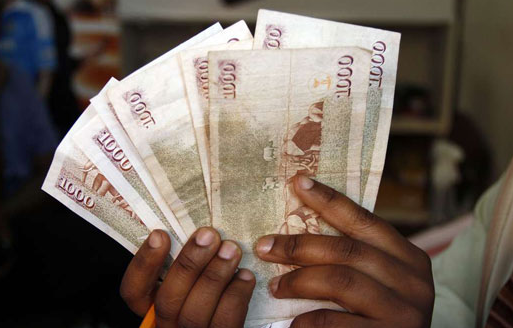 Forty-somethings are more likely to use the Bank of Mum and Dad to get by than people in their late teens and early twenties, a study suggests. Research shows that many parents are having to keep the so-called Bank of Mum and Dad open until their offspring are well into their forties – and even fifties. And their handouts are being used just to get by, rather than to get into the property ladder, as is traditionally the case with the parental bank.

Thousands of UK consumers of all ages were asked in a survey what measures they had taken in the past 12 months to cover their monthly bills. Only 9% of 18 to 24-year-olds said they had borrowed money from their parents, compared to 16% among 35 to 44-year-olds and 17% of 25 to 34-year-olds. Meanwhile, one in 10 people aged 45 to 54 have visited the bank of mum and dad in the last year to keep themselves financially afloat. The research, based on a study involving over 36,000 UK savers, was commissioned by online investment site True Potential Investor. It shows that half of 35 to 44-year-olds sourced extra income on top of their main pay packet to make ends meet in the last 12 months – the highest proportion of any age group.

One in ten of them took on a second job or freelance gig, 17% sold their car or another prized possession, while 14% gambled online. Payday loans were taken on by 7% of them despite being labelled the most "unhealthy" form of credit, while the same proportion of respondents said they'd re-mortgaged their home in the last 12 months. The findings come amid new Department for Work and Pensions figures which show that people in their mid-thirties to mid-fifties are now twice as likely to be renting from a private landlord than they were 10 years ago. The proportion of 35 to 54-year-olds renting has doubled since 2006/07, according to its recently published data. David Harrison, at True Potential Investor, said: "Borrowing from the Bank of Mum and Dad is clearly more favourable than missing bill payments or taking on high credit debt to get by. It can, however, cause problems for both generations involved in the longer term, especially for those parents nearing retirement with limited funds to cover their latter years.

"While it may be inevitable that people of all ages will need financial help from family members now and again, it is always advisable to try to build some form of financial safety net to cover outgoings in the difficult times. Putting aside small amounts over time build up and may prevent further awkward conversations with parents should finances become stretched again in the future." True Potential Investor commissioned the study as part of its ongoing work to investigate the UK's Savings Gap – the shortfall between the amount needed to fund a comfortable retirement and the amount most people are on track to receive. One of the root causes of the Savings Gap, it found, is an unwillingness among many consumers to seek financial advice ; despite its important role in improving personal finances and retirement saving plans. This is in line with a study published this month by the Financial Conduct Authority (FCA) which found that only 6% of UK adults have accessed financial advice in the past 12 months.

Ways to grow your income

Ways to grow your income