Timothy Khamala 25 and and Sarika Patel 24, two lovebirds in a remote village in western Kenya are not the first lovers of African and Asian ancestry to to get intimately and romantically involved.

In 2007, Clement Olunga and Hapreet Syan hit the headlines when they defied stigma and openly declared their love for each other.

The racial and cultural divide between Kenyan Asians and Africans is so blunt that those who dare sharpen it with love brewed in an African pot via  marriage face hostility and isolation.

Kisumu East Member of Parliament Shakeel Shabbir is a Dholuo-speaking Asian married to a Luhya. He reckons there are many sexually frustrated Indian women in Kisumu. “This is because their fathers have locked them in the house and they don’t interact with men,” says Shabbir, adding that this prompts Indian girls to turn to their drivers, houseboys or gardeners to satisfy their sexual desires.

“I have seen a lot of that happen in Kisumu. The girl then gets pregnant and her parents force her to abort. Some  are even forced to lie that they are raped by the houseboys. I think Kenyans should open their eyes and think out of the box.”  The former Mayor of Kisumu adds that the main reason why many Asian girls don’t marry African men is due to lack of exposure.

And though everybody is afraid of the unknown, Shabbir explains that, “Most Indian girls lead a sheltered life. They rarely interact with people outside their families. If they had a chance to hang around African men, I am sure many Indian girls would happily marry Bukusu, a Luo or Kikuyu men.”

Shabbir’s grandfather came to Kenya in 1916. His father moved to Kisumu in 1957 and built a house in Nyalenda.

“You can imagine me growing up. There were no Asian relatives, all our neighbours were Luo. I grew up amongst them, eating their food, learning their language and visiting their ‘ushago’. And my upbringing made me open my eyes and even date and marry a local girl. If all Indians had such upbringing, they would readily intermarry with other Kenyan tribes,” says Shabbir. He says he does not regret marrying outside the Asian community: “I have never been happier in my life, the last eight years have been pure bliss. I have come to learn so much and appreciate the African culture and my wife has also come to appreciate my culture.”

He however says that stereotyping is also to blame for the reluctance of some Africans to marry Indians.

“Some Africans say that Indians go home at lunchtime to have sex. It is not true! Indians go home to eat their wives’ food. In Indian culture, eating your wife’s food is a very important gesture. Some Africans says Indians are hairy and fart a lot. Some Indians also believe such nonsense about Africans, and that hampers inter-racial marriages,” says Shabbir.

Gopal, an outgoing Asian man says Indian men have no qualms about dating and even marrying African women. “It’s our parents who have issues. It’s like all old-school parents who want their children to be doctors and engineers, not DJs. So our parents also don’t want our sisters to associate with African men, not because they hate them, but because they don’t understand the African culture.”

But would he let this writer marry his sister? He squirms.

“I might allow my daughters to marry an African man, but not my sisters,” he justifies this by saying that his sisters have led a sheltered life and the contrast between the Asian and African lifestyles is so sharp, they might not adapt. “If they were exposed at an early age, it would be fine to marry an African man. My 23-year elder sister has lived a sheltered life. She just can’t simply turn her life around,” says Gopal, who however, insists, he will marry an African woman since “We men can easily adapt. In all cultures, the woman’s role is pretty much the same.”

Kenyan Asians are hardworking with a nose for business. Here and elsewhere, they’re the bearings that wheel national economies. Their wealth is one reason Kenyans believe they (Asians) frown on intermarrying Africans.

“I don’t think it’s an issue of money. Asians just aren’t exposed to African culture and they don’t want to go for the unknown. In Indian culture, marriage is also a strategic alliance, especially when it comes to business. You don’t just marry someone who can’t add value to your family. When I married my wife, who is a Meru, I even lost business, says Sudhir, a businessman.

“Some Asian businessmen stopped working with me. I was no longer invited to people’s houses and my children were shunned.”  Sudhir has been married for 14 years and his family has come to accept his wife. “I lost some friends completely, but I am sure that in another 10 years, Indians will be intermarrying with Africans freely.”

He reveals that marriage amongst Indians isn’t all about skin colour.

“The caste system is about upholding spiritual purity. You can do so by wedding someone who follows the same eating and other spiritual rituals as you. A lot of Indian functions rotate around spirituality, faith, and over 100 years of custom. That’s why a groom’s or bride’s background has to be extensively checked. It’s all about getting the best partner for our sons and daughters, since marriage is a lifetime commitment,” says Sudhir.

Beneath this cloak of prejudice, many love affairs blossom and marriages are consummated, albeit far away from the public eye. Some thrive, some flounder. As the French say, ‘C’est a Vie!’ (that’s life).

Neymar aiming to return to action with Barca on Aug. 18

Neymar's injured back is healing well and he is aiming to return to action in a friendly for his club Barcelona on Aug. 18, the Brazil forward said on Thursday. 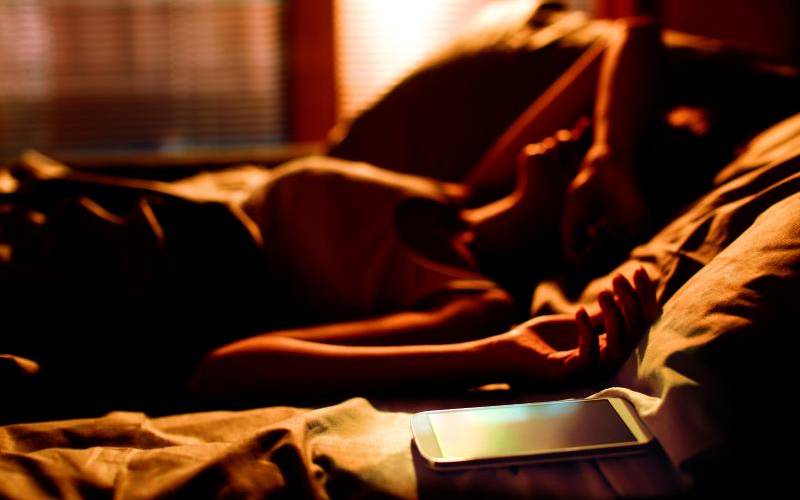 My family can't allow me to marry a Muslim I love, help

By Ferdinand Mwongela | 17 hours ago