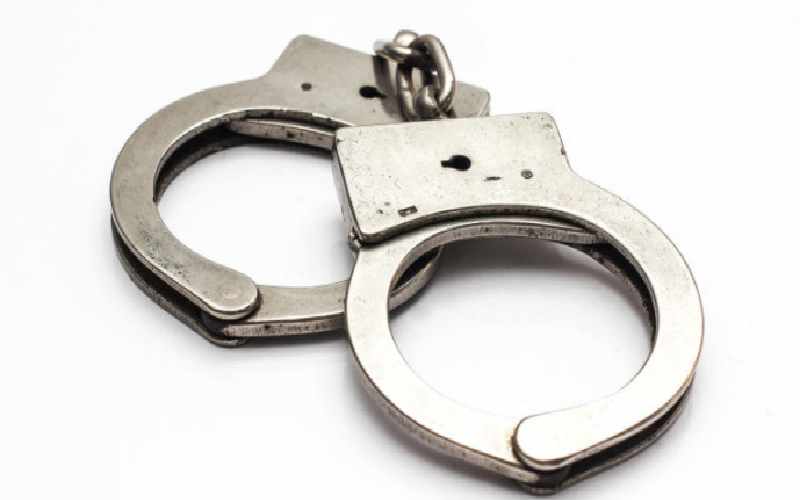 Police in Kisii have nabbed three women believed to be behind the kidnap of a three-year-old boy from Nyanchwa in the county.

Kisii County Criminal Intelligence Head Aden Guyo said Special Crime Prevention officers who have been tracking the main suspect got a breakthrough following a four-day search between the culprit and officers.

The suspect identified as Ruth Moraa was nabbed at a hideout in Keumbu at around 4am Saturday morning alongside Mercy Kerubo (30) and Teresiah Onsongo aged 55.

Moraa is reported to have kidnapped the child from Nubia Village in Nyanchwa, Kisii Town, after isolating him from the other two children he was playing with.

She asked the two to take Sh10 each to go and buy ice cream from a nearby shop and left behind the child who was her target.

According to Guyo, the 35-year-old suspect had initially made it difficult for officers to track her as she kept her phone and communication lines off.

"We have been trying to look for her but finally through our own intelligence systems and cooperation with members of the public managed to round her up in the village where she was hiding," Guyo said.

Currently, the suspect is detained at Nyanchwa Police station, awaiting arraignment before court.

"There is a possibility the woman is in a gang, which we are investigating," he said.

It was a sweet reunion for the family of the child after he was handed to them following days of mental torture and anguish.

The child's father said, "We have not had peace until when we received a call from the investigators to go and identify the child."

Two boxers have qualified for this year’s Tokyo Olympics as the National Boxing Team heads to Kinshasa for Africa Zone Three Boxing Championships.

Kibe in the statement said investigations into the cause of the crash have been launched.

By Lucas Barasa | 59 minutes ago