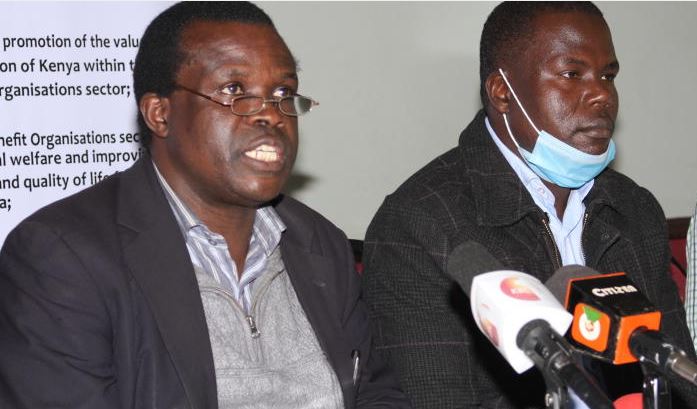 The organisations under the Civil Society Reference Group said the report only requires “slight improvements” as contradictions still persist between government actions and inactions.

“The handshake and its Building Bridges Initiative provided, and continues to provide, a legitimate and practical pathway to pursue a course of political action and dialogue that no single social, economic or political interest should trivialise,” said Suba Churchill, president and convener of the group (pictured-left).

The group, however, noted that more than seven years since the Public Benefit Organisations Act was enacted and assented to by former President Mwai Kibaki in January 2013, the Jubilee government was yet to operationalise it.

Mr Suba said it was gratifying to hear President Uhuru Kenyatta during his State of the Nation address report that the number of companies registered daily had increased by 500 per cent from 30 in 2014 to 200 in 2020, and a daily average of 300 during the Covid-19 period, and that on aggregate, 400,000 companies are being registered annually in Kenya.

“The same cannot be said of the Public Benefit Organisations. The law that was meant to facilitate their ease of formation, registration, regulation and operations has remained in limbo for years,” said Suba.

Suba said some government functionaries had spent the better part of their seven years in power denigrating and ignoring civil societies contribution.

BBI should deliver what it set out to do