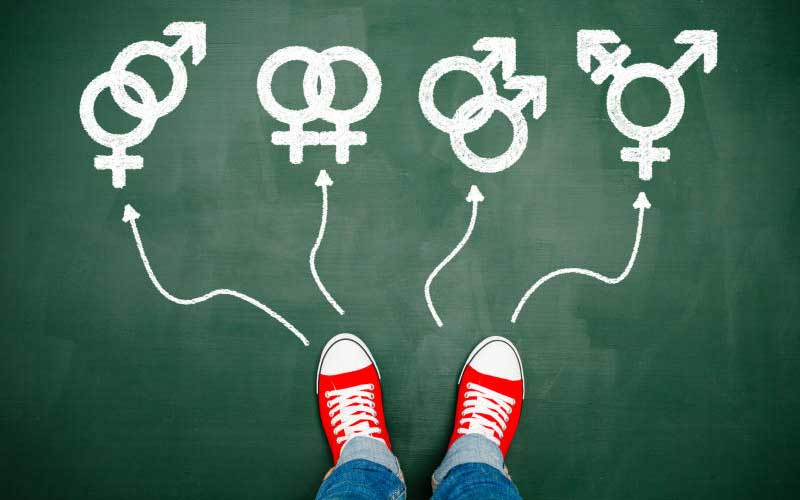 Intersex persons who choose to undergo medical surgeries and change their gender identity will soon be recognised in law if a proposed Senate bill is enacted.

The bill which seeks to amend Registration of Persons Act 2012 provides that the intersex persons will have to surrender their previous identification document, including IDs.

The term intersex describes a person born with sex characteristics genitalia, gonads, hormones and chromosomes that do not match the typical male or typical female body.

The bill proposes that the change should be done within six months of the medical procedure.

The new legislation, sponsored by nominated Senator Isaac Mwaura, proposes that the registrar of persons is obligated to register and recognise the new sex identification characteristics of the person.

Intersex individuals in Kenya have sought anonymity due to stigma, making it difficult to establish their exact population.

The proposed law which seeks to amend section 9 of the Act covers intersex persons who have decided to medically transform into either male or female.

“An intersex person who undertakes a medical procedure that leaves them with physical features that are either fully male or fully female shall, within six months of the completion of the medical procedure, attend before a registration officer for the purpose of changing the particulars of their sex in the register,” the bill reads in part.

The proposed law also seeks to amend section 2 of the Birth and Death Registrations Act to specify that the term 'sex' denotes gender characteristics for male, female and intersex.

Kenya National Commission on Human Rights (KNCHR) commissioner Jedida Waruhiu alluded that the proposed law is a move in the right direction.

Waruhiu, who is also the chairperson of the intersex taskforce report implementation committee said that the amendment is a bold step in attempting to implement the recommendation of the findings of the taskforce.

“Being intersex is not being abnormal. It is just the third sex marker.”

“The bill is engendering the fact that sex characterization is not fixed in the normal binary codes of male and female. Further, it is also giving the intersex persons the opportunity to make informed choices regarding the surgeries when the want to uphold the dominant sex hormone,” she said.

Waruhiu however, said that the definition of sex in the proposed law is narrow and not all-including, and that it ought to adopt or improve the definition that is contained in the report.

Waruhiu urged intersex persons to come out in large numbers and be counted as the outcome will determine the policy and legal reviews that would directly impact their welfare.

He that there is no need for the surgeries, especially among intersex children who do not have the capacity to make informed choices "because there is no urgency.

The bill comes after a huge step by the government to include the third sex marker in this month's population census.

It is estimated that there are more than 700,000 intersex persons in Kenya.