As we mark 70 years since the Universal Declaration Of Human Rights we must interrogate the state of the nation and the condition of our people in relationship to the rights and freedoms vested in the declaration. There are things to celebrate. We celebrate the right to protest and peaceful assembly. In the decades past, human rights defenders faced brutal crackdowns by the state. We celebrate the abolition of torture chambers in Kenya.

However, the right to life, liberty and security is not yet guaranteed for all citizens. We live in a country where young poor men are subjected to arbitrary arrest, detention and extra judicial killings by the police. Too many citizens lose faith in the rule of law and are afraid to question human rights violations.

The unequal enforcement of laws makes for an unjust society. When the laws are vandalised, regressive politics, misrule and lack of constitutionalism are the result. Our fight has been change bad laws to good ones. During the second liberation, academics, professionals, civil society and religious organisations, political parties and ordinary citizens came together to create an open country. We owe a great debt to the lone voices who spoke out and stood for human rights, at time when it was neither convenient nor safe. Their unity of purpose and clarity of ideals eventually overcame political suppression and police brutality. Saba Saba day on July 7 1990 was our moment of real awakening. It showed the masses could demand change without fear.

Their sacrifice is being betrayed today by the greed for ill-gotten wealth, negative ethnicity and a ruthless quest for power. The moment money became a motivator in politics and activism, we lost our moral compass. The reformers back-tracked on their pledges and the politics of ethnic parties and regional alliances took over.

The country has lost its Opposition and lacks conscious leaders. The youth have become politically apathetic. Their votes failed deliver the change they want to see. Yet we also see citizens exercising people power all around the around the country. Citizens ultimately hold the power of deciding their destiny and cannot be subdued. They are sovereign and the leaders only exercise delegated power.

We now need to focus on economic liberation. Devolution is the third liberation. It promises social security and freedom from humiliating poverty. If our leaders do not accept the logic of devolution and the Constitution, the people still have the ability to collectively rise in another moment of self actualisation like they did on Saba Saba day. We must all develop in Kenyans the capacity to create a public consciousness that resists oppression, poverty and injustice. All those that occupy our State offices must be above reproach. Without integrity there is no leadership. Countries collapse under the weight of leaders who add no value or use oppression to stay in power. The presidency must be released from the cult of personality and our political instincts must be informed by values.

As the UDHR turns 70, we must not lose hope. Change is incremental and the young people must play the political game with a long view. We need young men and women with progressive mindsets. We must protect the gains we have right now. We must protect and advance the constitution, devolution and human rights. The emergence of a new politics and new spaces for people who want real change must start here. If we do not, we will see a return to the old order.

Even as the political class provoke us into another referendum, we must protect the Bill of Rights and devolution. Economic liberation and leadership integrity is critical for a shared prosperous future. We must focus on new forms of power that is broadly shared. We have to discard old power that is moneyed and controlling. Over the next seventy years, we have to work in new strategic ways to defend universal human and constitutional rights in order to achieve redemptive change and economic liberation for all Kenyans.

Mr Mwangi is an award-winning photojournalist, politician and activist. 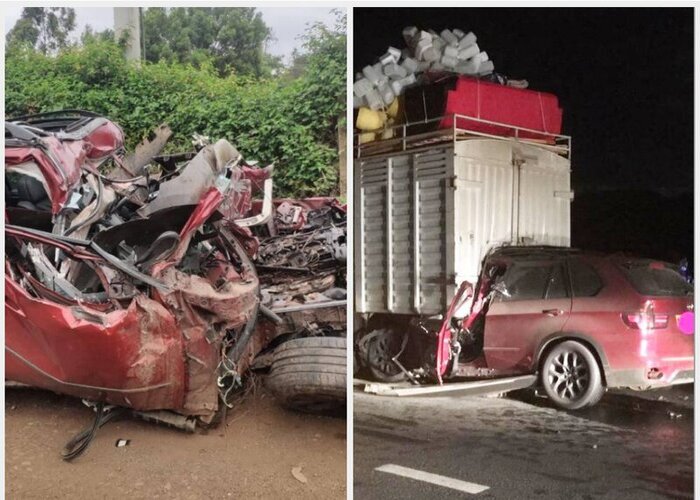 By Mate Tongola | 15 minutes ago

By Anne Atieno | 31 minutes ago

By Jane Mugambi | 51 minutes ago