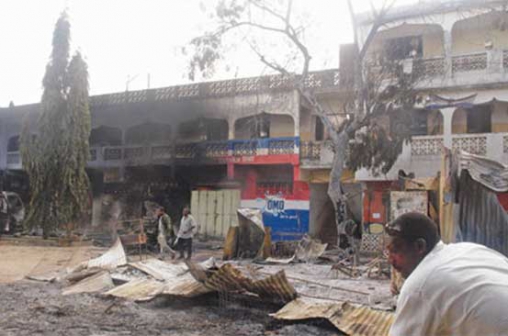 MOMBASA, KENYA: A police commander in Lamu during the June 2014 terrorist massacre at Mpeketoni on Wednesday shocked the court when he recalled how senior police officers sabotaged his operation, leading to the killing of 65 people.

He told the High Court in Mombasa that the top two ordered junior officers not to go to the scene of the terrorism arguing that policemen would have placed their lives at great risk if they moved to Mpeketoni during the night to combat militiamen that had attacked the local police station.

The officer who was suspended after the killings but was later reinstated and is based at the Police Training College in Kiganjo said that as the slaughter was in progress Kitili instructed General Service Unit GSU officers based at Mukowe [in Lamu] not to go to Mpeketoni to avoid being ambushed.

Uganda to pull troops out of Somalia by end of 2017

He was testifying in the trial of two men Mahadi Swaleh Mahadi alias Jesus and Diana Suleiman Ahmed charged with the murder of 65 people in Mpeketoni on June 15 last year.

Omolo who is a prosecution witness gave his account of events and made chilling revelations during cross examination by Mahadi's lawyer Taib Ali Taib. He testified before Justice Martin Muya while the prosecution was led by Assistant Director of Public Prosecution Alex Muteti and Edwin Okello.

Kitili who was Commandant of the GSU replaced Kaindi mid this year after she was forced to retire.
And he said that similar orders and mistakes by top police officers occurred in subsequent raids on Kaisari, Pangani and other parts of Lamu where lives were also lost.

He said that he lost two and half hours trying to assemble police forces to storm Mpeketoni because GSU and the Rapid Deployment Unit of the AP within Lamu had been instructed by Kitili and Arachi not to respond to the attack in Mpeketoni.

"I took almost two and a half hours to reach Mpeketoni and the delay was caused by the commandant [of] GSU who had given instructions to his men not to respond to the scene during the night because they risked being ambushed," said Omolo who told the High court in Mombasa that despite his efforts to save lives he was suspended from duty while all his juniors who disobeyed his orders and ignored his calls to combat the attackers in Mpeketoni were promoted.

Omolo claimed that Kitili told him on cellphone that he could not allow GSU officers from Mokowe to proceed to Mpeketoni at night to face militiamen who were "courageous [enough] to attack a police station at night," and only caved in after the witness called Mr Kimaiyo to intervene.

He lamented that no disciplinary action was taken against local police commanders who fled their stations, ignored orders or displayed cowardice against the attackers. He also disclosed that top security officials including County commissioner Stephen Ikua were not in Lamu County during the attack and only surfaced a day later demanding briefs on security operations that the witness said had been sabotaged all night long.

According to the witness, a chief inspector Aden who was the OCS for Mpeketoni police station fled into the bush when the militiamen struck while the Deputy AP Commander for Lamu Superintendent of Police a Mr Bonaya who was advancing towards Mpeketoni from Witu developed cold feet and could not fire a shot even after his squad encountered the militia attackers in two vans around Kibaoni.

"I was expecting good results from Mr Bonaya SP but unfortunately he told me the two vehicles had already passed and he did not fire because they (militiamen) were heavily armed," the witness said.

Regarding Arachi, the witness claimed the Deputy Inspector General of Police in charge of the AP ordered an RDU detachment based at Mkunumbi, five kilometres from Mpeketoni not to move to the scene of the slaughter.
"I also blame Mr Arachi, the deputy Inspector General of Police for giving his men who were based at Mkunumbi, five kilometres from Mpeketoni [orders] not to move during the night and indeed the RDU did not move. The RDU could have saved the situation because they were nearer," said the witnesses who disclosed that Kitili's and Arachi's orders appeared to have been motivated by a fear of a mass slaughter of police officers following the ambush and murder of over 40 security men at Baragoi late 2102. The officers killed in Baragoi were killed after apparently, running into a trap laid by armed bandits.
But Omolo dismissed this reasoning by arguing that trained police officers or their commanders could not allow a crime of mass murder to progress even at night. He disclosed that last year Lamu County had only 108 police officers instead of the required 500 adding that the police force also lacked a secure communication system and relied on mobile telephony which collapsed when militiamen attacked it with a rocket at the start of the mass murder.
Omolo said Arachi's and Kitili's orders caused local Administration Police and General Service Unit GSU police commanders in Lamu to disobey lawful orders to respond to the June 15 attack which was claimed by Al Shabaab.

And Omolo said that junior commanders and top security officers posted in Lamu were either not in the county on that day, when Al Shabaab attacked or found excuses not to rush to the scene during the massacre.
The witness disclosed that it is only himself, his deputy William Cheptoo, the DCIO for Lamu West, a Mr Kieti who managed to reach the scene during the night of mayhem, a journey he said was undertaken under immense risk due to inexplicable conduct of key police commanders.
Omolo says that during the attack Lamu county commissioner Stephan Ikua who chaired the county security committee "was not in Lamu" and only surfaced the next day "when we had already started collecting bodies.

By Kennedy Gachuhi | 33 minutes ago 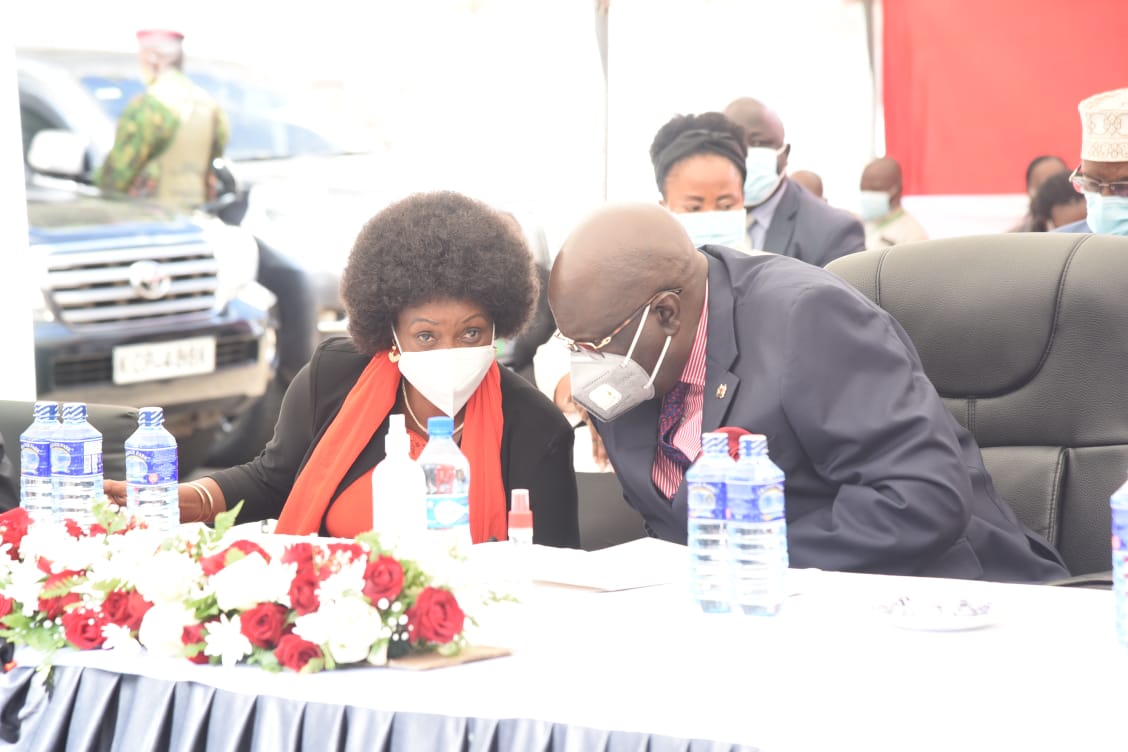 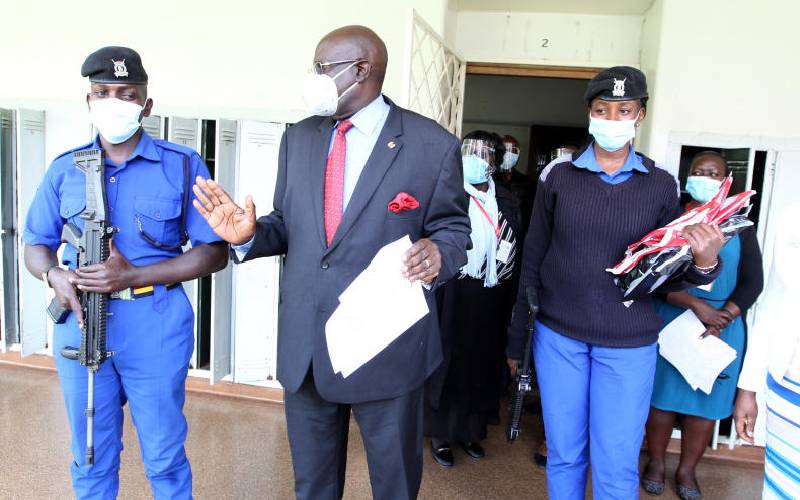