I do not wish to pre-judge the veracity or otherwise of the allegations implied by the viral video relating to Justice Said Chitembwe. I understand there is a valid complaint about his conduct before the Judicial Service Commission (JSC) and one hopes that sooner than later, the judge will get his day in a proper forum.

It is unfortunate that he chose the media as his first port of call for such defence. As a matter of good sense, judges do not respond to allegations in the media.

The famous Lord Denning stated that judges respond to public sentiments through their judgements. Such appearances demean the office of the judge in the eyes of the public. It can also introduce more muck as a judge, generally used to asking questions, is placed “in the dock” by a cross-examiner.

For example, we all noticed that the judge admitted he is a close relative of former governor Mike Sonko and yet admitted handling his sensitive cases. That impropriety opens a whole can of worms for the judge.

I do recognise the issues raised against the judge did not revolve around his judicial performance and the Denning rule may therefore not apply. I also have no doubt that the judge has more competent advisors and has the right to heed their advice and ignore alternatives.

That said, the seriousness of the allegations cannot be waved aside on the altar of due process. The allegations raise serious questions about judicial accountability which we have illuminated in this column before. Every practising lawyer will tell you that corruption in the Judiciary is rife. To be fair, the judges and magistrates known to swim in graft waters are in the minority.

The challenges in tackling judicial corruption are myriad. Firstly, there is a naïve and/or dishonest cabal that believes any allegation against a judge is an attack on judicial independence. Everyone therefore walks that path delicately lest they be shamed.

Secondly, the Judiciary is insular and so protective of its members that complaints against members hardly get anywhere. When the police sought to arrest Judge Chitembwe a while ago, fellow judges issued orders stopping the process. When the Deputy Chief Justice was charged for improprieties, (and I am not suggesting either of them is guilty), the courts stopped the process.

Thirdly, the JSC, is primarily a trade union. Majority of its members are popularly elected by fellow judges.  Their instinct is to protect their brothers and sisters, even at the expense of the damage to the image of the institution.

Fourthly, the JSC is lethargic, taking its time before converting complaints to charges. I want to give the benefit of doubt and assume that delays arise as the commission avoids using the traditional investigative agencies to determine the veracity of complaints, owing to the suspicious relationship between the Judiciary and the Executive, which controls the investigative agencies.  So, complaints gather dust as suspect judicial officers continue to “dispense justice”. While one can be suspicious about the motivations behind the Judicial Ombudsman in the BBI package, it was not entirely without merit.

We have challenges in “watching the watchers” when it come to the Judiciary. Unless we find a way of mitigating these challenges, the image of the Judiciary, including that of its many hard-working innocents, will continue to be dented.

The people will lose faith in its ability to procure justice with integrity. In the meantime, I note a loud silence by the legal profession on the role of its members in enhancing corruption, yet everyone in the profession knows the lawyers who facilitate sleaze and through which judges. As we focus on the judges, can the innocents among lawyers, demand action on broker lawyers?.

Blinken’s visit to Kenya this week offers a timely opportunity to review electoral preparedness and the state of our democracy.

By Kamotho Waiganjo | 28 days ago

How 2022 polls will sound the death of ‘ethnic census’ 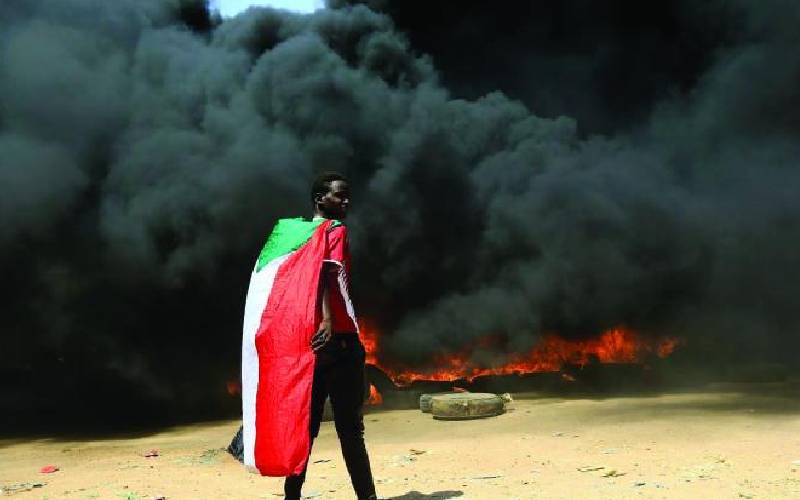 The generals might deliver, but military rule is not the solution
.