Which is the greener pasture? Is it where money flows as if it grows on trees? There are those who think business people have time to spend with family plus lots of free time as opposed to the employed person who many times has to work till late to meet a deadline or keep up with the workload. No boss to cow down to and not so many orders to take. These are just some of the perceptions many in employment have towards business.

To shed more light on this, we will answer four critical questions:

Is there as much money in business?

Well, the definite answer is yes! There is "a lot of money in business" but a businessperson has to look at things from a broader perspective. Unlike an employee who receives a regular income for personal use, a businessperson has to ascertain what percentage of the "income" is "profit". A small or medium business can realise an income of between Sh100,000 and Sh300,000 in a month — hence a healthy bank statement. But to a proprietor, "income" is only "income" if it is "profit". So there is a lot of money in business but it is in the form of cash flow not necessarily profit.

How much time and resources should you invest in a potential job?

Eight tips to having a great-looking curriculum vitae

What are the differences between an employed and business person?

Principally, there is very little difference in terms of definition since most business people are employees of their businesses. However, certain critical differences exist. For starters, a shrewd businessperson focuses on creating things out of nothing or effortlessly multiplying the little he has. For instance, he or she abstains from getting a loan to purchase his first car (even if it is a business vehicle).

They save, purchase then use the legal documents to secure a loan for a second vehicle thus he gets two for the price of one. Most in formal employment buy their cars on loan, which limits them from multiplying it since the car remains in the title of the bank until the loan is fully repaid. Two, look at the mode of business; most operate through local purchase orders (LPOs). A business person can supply an LPO worth millions with very little money in the bank since they develop very good relations with banks who can finance it fully at a small interest. An LPO is like a hot meal in their hands.

In employment the focus is mainly on consuming the little we earn rather than growing it. Three, the spending habits between the two are totally different; a person with a salary is more of a spendthrift. It takes divine intervention to convince a businessperson to buy anything.

Why do business people seem to be doing much better?

The truth is that many times there is not much money (profit) in business; but there is a healthy cash flow. This puts them at an advantage since banks value regular deposits (despite the amounts) much more than one salary cheque at the end of the month.

This makes it much easier for a person in business to acquire a loan to buy things like property, cars or stock. In fact, most businesspersons are deeply in debt, but they can afford it since they have a regular cash flow.

The secret is cash flow! A regular cash flow provides not only financial but also psychological security. It provides them with satisfaction through out as opposed to a salaried person who gets this satisfaction for five to 10 days every month. People get "more hungrier" in times of drought; not necessarily out of the lack of food or the little quantities they eat but because the spirit "inner self" knows that there is no food. So while the salaried person seems to do well five to 10 days a month, a businessperson always seems to be doing well because he is always in the money.

Which is the greener pasture?

As a matter of principle none is better than the other, the determining factor is your values. Granted, on one hand there is some more time and freedom in business than in employment while on the other some jobs bring in more money than businesses.

The determining factor is one’s background. However, studies have shown that after retirement employed people live to 12 years shorter than people who have been in business. This is attributed to the lack of financial security after retirement when the highly valued cheque stops coming.

Madonna, the material girl has set the pace by dating a man young enough to be her son. The 50-year-old music diva and mother to three children aged between 12 and four is going out with a 22-year old Brazilian model, Jesus Luz.

By Isaiah Gwengi | 57 minutes ago 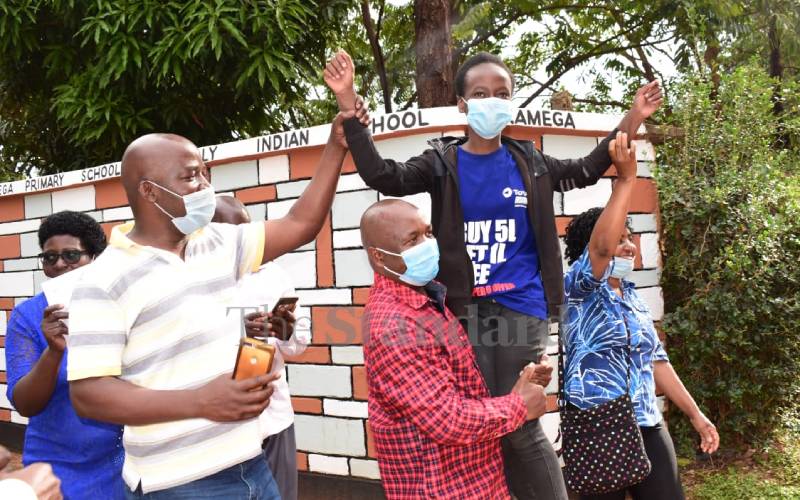 By Too Jared and Patrick Vidija | 1 hour ago