I have learnt to live with pain, rare diseases made me stronger 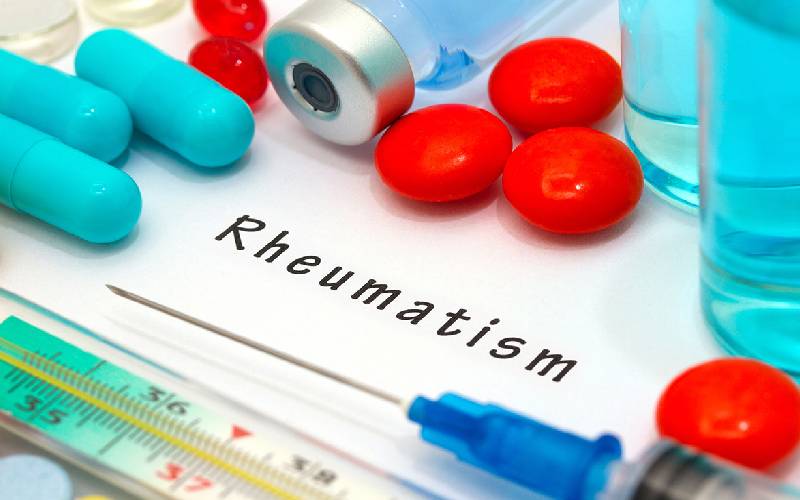 “I have known pain all my life. It occupies my thoughts and mind. I grew up knowing that if I am in pain then others must be in pain too.”

For as long as she can remember, Grace Wangeci has been battling different kinds of pain, one after another.

Her life has been riddled with different types of pain, again and again.

“When hungry, there is pain, after I eat, there is a different pain. During the hot weather, I’m pained. When it’s cold, I bear a different pain. Pain that makes me wish for death. Sometimes it is numb pain, other times it is burning pain, a sharp pain on and off -- sharp stinging needles kind of pain,” she explains.

At the age of nine, it was pain from tonsillitis and boils. At 12, she began experiencing back pains that would not go away. “My back would be stiff and I would get a sharp pain that I couldn’t move. It was then that I was diagnosed with rheumatism and was put on brufen and indocid until 2000 when I started developing stomach pains,” she says.

She was then referred to a gastroenterologist where she was diagnosed with hyperacidity, ulcers and hiatus hernia (a condition in which part of the stomach pushes up through the diaphragm muscle).

The doctor then changed her medication and the pain became bearable. “I did a lot of research and managed to change my lifestyle, my diet in particular. I had to eliminate foods that triggered the pain by maintaining a food diary to assess how my body reacted to every type of food,” Wangechi says.

This is how she discovered that she was lactose intolerant.

In 2018, Grace sought the help of a pain specialist at the Aga Khan University Hospital.

The doctor put her on different opioids with less relief. He also recommended a nerve block - a procedure where a radiologist inserts a 14-18 inch needle through the spine.

The procedure was to last 45 minutes to an hour. She was on the operation table for two hours.

“I came out stronger and after a few months, the pain subsided. I no longer get that pain now,” Wangeci says.

Last year, she sought another opinion. This is when she discovered what has been ailing her all along. She had a condition called fibromyalgia and lupus in addition to chronic gastritis.

According to Dr Eugene Genga, a rheumatologist, fibromyalgia is a common condition that is characterised by widespread pain and extreme tenderness in many areas of the body.

Wangechi had endured a lot trying to find out what was ailing her and treat it. She has been told that the pain she was experiencing was psychological and asked to see a psychiatrist.

“I even travelled to India in search of a solution,” she recalls.

Some of the medication she took had severe side effects.

Then in March this year, she was once again diagnosed with behcet syndrome. This is a rare disorder that causes blood vessel inflammation throughout the body. It commonly presents as mouth ulcers, genital ulcers and eye inflammation.

Battling two diseases is not easy. Wangechi says she is on 18 different drugs

“I have managed the conditions through faith in God. And God has faith in me and He cannot allow anything that I cannot manage. I have also learnt to live with my pain and I know when I need rest,” she says.

According to Dr Genga, only one in every 25 people may suffer from fibromyalgia. It is more common in women between the age of 20 and 55.

“The exact cause is unknown as no specific physical cause has been found. This doesn’t mean the symptoms are unreal or ‘all in the mind’. Anxiety, physical or mental trauma, and sleep disturbance are thought to play a part. For people with fibromyalgia, the muscles and tendons are excessively irritated by various painful stimuli. This is thought to be due to a heightened perception of pain, a phenomenon called central sensitisation,” he explains.

A plausible cause may be genetics as those with a parent or sibling with fibromyalgia have a higher chance of developing it themselves.

The challenge with this disease is that there are no obvious outward signs. The symptoms may vary from person to person and from time to time. The most prominent symptoms are widespread pain, fatigue and sleep disturbance.

“A lot of patients are often frustrated as their close friends and family don’t understand what they go through. Actually, some patients have had cases where people (close friends, family and even medical personnel) thought they were either exaggerating their symptoms or were making them up,” Dr Genga sayss.

What about behcet’s disease?

Behcet’s disease is rare in Kenya. It commonly affects people between the ages of 20 and 30. One study reported that up to almost four in 10 patients with behcet’s have fibromyalgia.

“Unlike most rheumatic diseases, there is no gender bias. It affects men and women equally. However, males tend to have a more active and more severe form of the disease. Locally, I have seen three cases and all were female. Studies have shown that there may be a genetic component to the disease,” Dr Genga explains.

The symptoms of Behcet’s syndrome are caused by inflammation, though it’s not yet clear why. It’s possible that Behçet’s may be an autoimmune disease, where the immune system attacks the body’s own tissues, but this isn’t yet certain.

“Behçet’s syndrome can’t be passed on to other people. It’s not associated with any other condition, a specific diet or any particular lifestyle,” Dr Genga says.

Other symptoms include headaches, oral ulceration, genital ulceration and eye disease. The mouth ulcers occur in any part of the moist mucosal surfaces inside the mouth rarely if never affecting the lips.

“One of my patients who was diagnosed late is now partially blind from the disease. This shows you how serious it can be. Other systems affected include the cardiovascular, gastrointestinal, musculoskeletal and central nervous systems,” he adds.

Just like fibromyalgia there is no one test that can confirm the diagnosis of Behcet’s. Certain symptoms guide doctors towards the diagnosis.

These include recurrent mouth ulcers (more than three in a 12-month period), recurrent genital ulcers, skin problems, inflammation in the eye and a positive pathergy test.

“The aim of treatment is to prevent long-term damage. The most severe manifestation present in the patient usually determines the choice of treatment. Management is broken down into local and systemic depending on how the patient presents,” says Dr Genga.

Some of the medication associated with behcet’s cost between Sh200,000 and Sh300,000 every six to eight weeks. “It pains me that a lot of patients cannot afford this medicine. It would help if NHIF could help fund these drugs,” Dr Genga says.

Steroids can save very sick patients