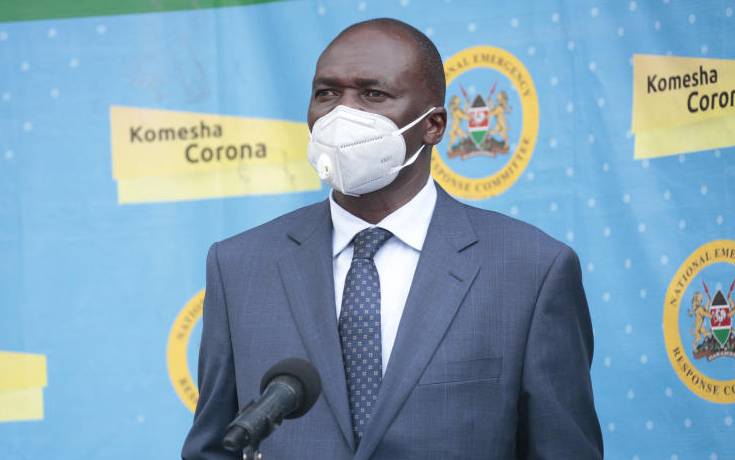 Poor health-seeking behaviour and the long turnaround time for Covid-19 test results are some of the reasons why Kenya is recording a high number of people dying from the disease.

According to the Ministry of Health's situational report dated August 5th, 93 per cent of the cases in Kenya are asymptomatic.

The leading clinical signs are cough, with 52 per cent followed by fever (39), difficulty in breathing (29), and headache (12).

The country’s testing protocol prioritises persons exhibiting symptoms, which means their cases should be caught early and managed before deteriorating. However, this is not the case.

“The long turnaround time for relaying laboratory results to clients in most counties is causing a delay in public health action,” the Ministry admits to this in the situational report.

Nakuru County Governor Lee Kinyanjui has raised the same concerns, saying the delays are increasingly putting patients and their contacts in danger.

Kinyanjui said the county has witnessed delays of up to more than one week on samples taken to Kenya Medical Research Institute in Nairobi.

“For example, we are yet to receive results of 309 samples taken to Kemri lab on July 28, 2020. Such a delay could lead to further spread of the disease, putting hundreds of lives at risk,” the governor said in a statement dated August 4.

Yesterday, the number of deaths reached 399 as 538 more tested positive with the caseload now at 24,411.

The Ministry of Health has highlighted an inconsistent supply of test kits and reagents to meet the general demand as this is a global pandemic. To this end, on August 3, Health Director-General Patrick Amoth (pictured above) revised the discharge protocols which ruled out the need for a second test for patients whose symptoms have cleared.

“This is to make testing available to those who really need it,” Amoth said.

Besides the delay in test results, patients do also present symptoms late as noted by Amoth when the highest number of fatalities was reported in August after 23 people died.

“Patients present late. Like among the deaths we reported, two of them occurred at the community level (occurred at home),” he said.

Combined with the unfamiliarity of some Covid-19 symptoms like ‘happy’ hypoxia, it becomes a little too late situation.

“It means you could have a serious form of Covid-19 because your lungs are not working properly but you feel otherwise well, only for you to get to the hospital normally and you are rushed to critical care,” Amoth said.

However, not all conditions that have someone rushed to a hospital will result in a Covid-19 death.

The DG clarified that while clinicians have been trained to have a high index of suspicion for the disease, only when a patient has the symptoms in addition to their underlying condition that the death will be categorised as being caused by Covid-19.

For example, if someone dies from a cut sustained from an attack by a machete and they were positive – knowingly or unknowingly - without symptoms synonymous to Covid-19, their cause of death will be trauma. “However, that will be a Covid-19 case,” Amoth said.

Up to 54 per cent of Covid-19 related deaths are linked to an underlying condition as per the data from the ministry, which also shows 22 per cent of fatalities have no comorbidity. For the rest, there is no clear reason why they died, and if they died from Covid-19.

“The reason is that the information with regard to the condition of the patient is missing. Sometimes we do not have complete information to make an assessment and often we have to go back as a ministry to understand why the patient died,” he said.

This, however, deviates from the norm in classifying causes of death using the ICD-10, the International Classification of Diseases in which the immediate cause of death in trauma would be for example excessive bleeding, whether one had Covid-19 or not.