Health & Science - By Emmanuel Too 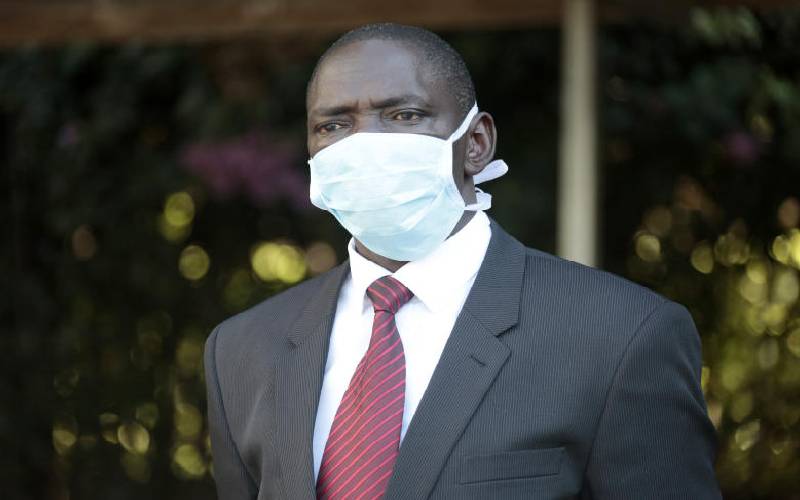 Government Spokesperson Col (Rtd) Cyrus Oguna has today revealed that he has tested positive for Covid-19.

Col. Oguna (pictured) confirmed that he was tested after developing symptoms similar to the coronavirus following a work assignment outside Nairobi.

Col. Oguna, however, said his family members were safe and he was under self-isolation.

"The results came back positive for Covid-19 and I am now receiving medical care and responding well to treatment at an isolation and treatment facility," he said.

Col. Oguna urged Kenyans to adhere to containment measures put in place by the government, saying the disease is real.

"I urge all Kenyans to take this disease seriously and take all the necessary precautions to avoid getting infected," he said.

Oguna said contact tracing was ongoing and his family was okay.

Oguna dismissed reports that emerged last week that he had contracted the virus, saying contrary to the reports, he was well.

"We have noted reports on social media purporting that I have been admitted in the hospital. I wish to clarify that I am well and just got back from an assignment out of town," Oguna said last week.

Oguna has been on a tour around the country alongside senior officials in the Ministry of Health including Cabinet Secretary Mutahi Kagwe to assess county preparedness.

There are reports indicating that senior government officials including three Cabinet secretaries have contracted the virus, prompting President Uhuru Kenyatta to bar CSs from travelling outside Nairobi.

“To all members of the public, please disregard the fake news and misinformation being spread on various outlets that CS Matiang’i is hospitalised. The claims are completely untrue,” the ministry said on Friday

The rumours emerged online between Wednesday and Friday following media reports indicating that some unnamed Cabinet secretaries had contracted Covid-19 and were in self-isolation.