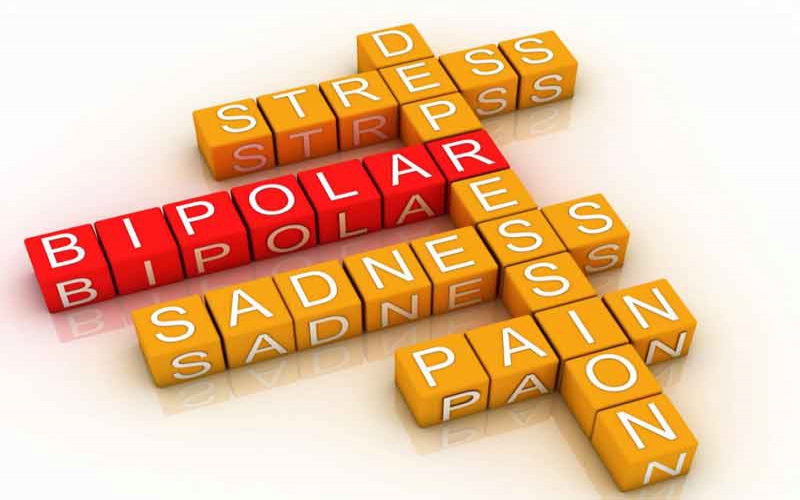 In December of last year, I was diagnosed with Bipolar Disorder. I was shocked and relieved at the same time. Living in African society, you do not mention such things to people.

Any sickness or disorder connected with the brain is considered madness. I am not crazy, and such a label can put a dent on your life and hurt you, even more, it can consume you.

In Kenya today, there's not much support for mental health illnesses, leave alone the disorders. We live in this society and we have accepted our darkest reality.

There's no family to understand what you are going through. In my local village, witchcraft is blamed for such things. It's really difficult coming to term with some realities which seem a bit foreign.

The biggest disappointment comes from your closest friends. No one understands why you behave in a particular manner, everyone expects you to fit in their normal behavioural patterns.

By definition, Bipolar Disorder is a disorder associated with episodes of mood swings ranging from depressive lows to manic highs.

Mood episodes last days to months at a time and may also be associated with suicidal thoughts.

I have always struggled to understand myself. Over the years so many things have happened in my life which seemed out of my control.

For instance, I would make perfect plans on the moves I was going to make, perfect on paper, everything analyzed in my very analytical mind. Then suddenly, I would make abrupt swing decisions which I had never thought of.

Watching Ozark, a Netflix Original TV Series recently, I came to the benign realization of how many people could be suffering from something they don't understand.

There's no medical explanation for bipolar disorder. Your normal folk would not understand what you are going through.

In my life, people have always expressed their admiration for how I was always happy. Nothing hurts than people noticing your happiness from the outside, but you are slowly dying inside.

You fake a smile, even laugh at things you don't consider funny.

In Ozark, Netflix nailed what it feels like to go through being bipolar. For the first time, I connected with something.

I felt the deeper agony of what someone with bipolar disorder goes through. There's no one who would understand what you are going through, including your own family.

For those who have never seen it, "Ozark" is a Netflix crime drama series following the lives of Martin "Marty" Byrde (played by Jason Bateman) and his wife Wendy (played by Laura Linney).

After a money-laundering scheme for a Mexican drug cartel goes wrong, the Byrdes must make up for it by moving to the Lake of Ozarks region in Missouri to set up a bigger laundering operation.

The accuracy of those scenes was spot on what goes through the mind of a bipolar person. It's sad, it's beyond the expression of an emotion.

So we encounter Ben Davis (played by Tom Pelphrey), who is a brother to Wendy. He found out early that he had bipolar disorder.

The struggles he goes through is the utmost pain I have ever felt and had no one to understand. Like Wendy says about her brother, ""Fighting For Your Life Makes Every Other Thing You Ever Did Before Seem Extremely Dull." Ben's actions make life dull, but real.

That episode is where Ben's bipolar disorder hit home for me and gave me the magic connection with the feeling.

It hurts to watch yourself

I'm familiar with that painful dynamic of not having a loved one talk to you understandingly, knowing you cannot stop acting destructively, saying things and not seeing that they're incapable of doing them.

That constant faith and believe in a single thought. You thought it, did it, but it was only in your head. It hurts to watch yourself, live with yourself, live in a society that doesn't give a shit about special illnesses, where you are expected to live normal, but you're not normal.

I have been through my fair share of the dynamics of a bipolar world. Before December, I would confidently say that I almost went into depression. I have thought about my life and not just simple thoughts, but those thoughts that never end. It's a cycle. You think during the day and dream it at night.

When you google something like bipolar you come to understand those thoughts that one can persevere and others that they cannot. It's this endless wheel of a problematic or negative thought and this compulsion to fix things.

Understanding that that person can't do anything else other than what they're doing at that moment can help us have some level of compassion. That's not a person trying to be irresponsible, that's not a person trying to make everyone's life difficult — that is part of what that individual is struggling with. In that context, it's quite heartbreaking.

The mind makes you do things you wouldn't understand yourself. Every single action leaves you with intense periods of guilt and questioning, and disbelief, and anger, and bitterness and more.

It's like there's someone else making decisions for you. You don't recognize the things you do or did. You keep pouring over the detailed steps in making decisions. It doesn't connect.

As I mentioned earlier, bipolar is marked by extreme changes in mood from high to low, and from low to high. Highs are periods of mania, while lows are periods of depression.

The changes in mood may even become mixed, so you might feel elated and depressed at the same time.

The high periods might seem fun but they are not. You are confident, you are full of yourself, you are thoughtful, focused, you make great plans.

The only problem is that they only work in your head. Later, when this high phase dies, you are left with deep feelings of being stupid. You hate yourself, you don't even trust yourself.

I am writing a book called The road not taken.

In it, I will explore my journey with my thoughts before I can come to the diagnosis that I was bipolar. It's difficult, it's sad. It's a deeply troubling circumstance for someone living in an African society. I just want to help someone out there.

Couple: We beat stigma and now live positively
Health & Science - By Titus Too

Doctors: Strike on next week
Health & Science - By Graham Kajilwa