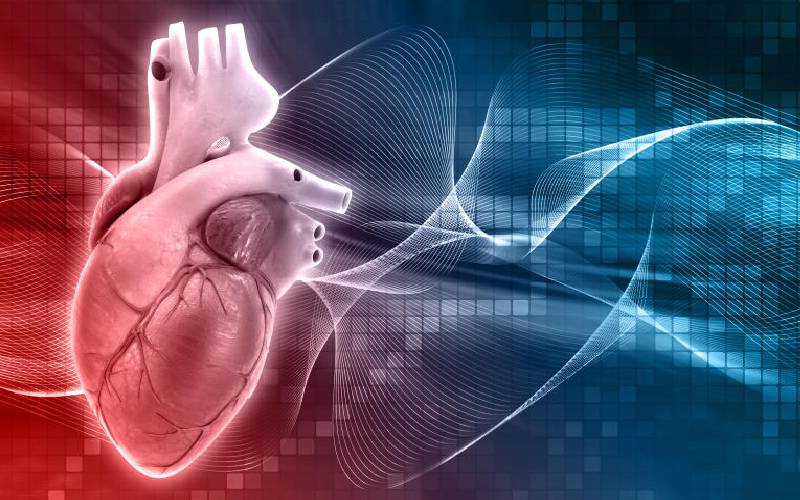 When her mother died, Tabitha Lati was so worried about her dad that her personal grief took a backseat. “Mum was dad’s whole world, and my siblings and I knew that if we wanted him around for a long time, we had to do something. I moved back home to take care of him.”

But the old man would soon begin experiencing heart flutters and chest pains, and in two months, he was gone.

“A postmortem revealed that the left part of his heart was enlarged. And for a man who had no cardiovascular complications all his life, that was a real shock to us. We thought it was grief and loneliness that had got him,” says Tabitha.

Tabitha is partly right. He might have died from a broken heart. Literally. And if it had been caught in good time, he might have lived.

The condition that had always gone undiagnosed was first described in 1990 in Japan. They called it the Takotsubo syndrome. The ballooning shape assumed by one of the heart’s chambers resembles a Takotsuba, an octopus trap traditionally used in Japan.

Also known as a Broken Heart Syndrome, stress cardiomyopathy or Takotsubo cardiomyopathy, it is a type of transient heart disease that is triggered by significant physical or emotional stress. The affected person doesn’t need to have had a history of heart disease. While it requires immediate medical attention, and can be easily resolved without any permanent damage, it becomes life threatening when it develops into cardiogenic shock. This is when the heart is not able to pump enough blood to the body. The risk for death is high, and persists for many years later, thus there is need for a follow-up.

The left ventricle, which is the main part of the heart that is responsible for pumping blood to the rest of the body, suddenly becomes large, weak and fails to properly pump blood. This can cause the heart to contract forcefully to compensate for the failing part. A temporary constriction of the arteries that supply the heart is also suspected to play a role.

It could also occur when the blood vessels are affected due to the sudden change in the heart function and this causes a decrease in blood flow to the heart. This can cause a temporary stunning of the heart muscle.

Research has linked this condition to extreme stressful situations or severe illnesses or surgery. Sometimes the triggers could range from receiving a worrying medical diagnosis, loss of employment, significant financial loss or gain, divorce or public speaking, among others.

Dr Charles Kariuki, a cardiologist at Nairobi Hospital, says that emotional triggers are the most common causes.

“These are situations like loss of a loved one, apprehension due to sudden illness or natural disasters. Even a surprise party can trigger the condition,” he says. Physical stressors could also lead to broken heart syndrome.

“These include strokes, seizure episodes and head trauma. The triggering event is most often identified in the preceding 1 to 5 days. Patients often present with sudden chest pain, difficulty breathing and symptoms of heart failure,” he explains.

Usually, an over surge of adrenaline and other stress hormones in the body, triggered by the stressors, weakens the heart’s pump function.