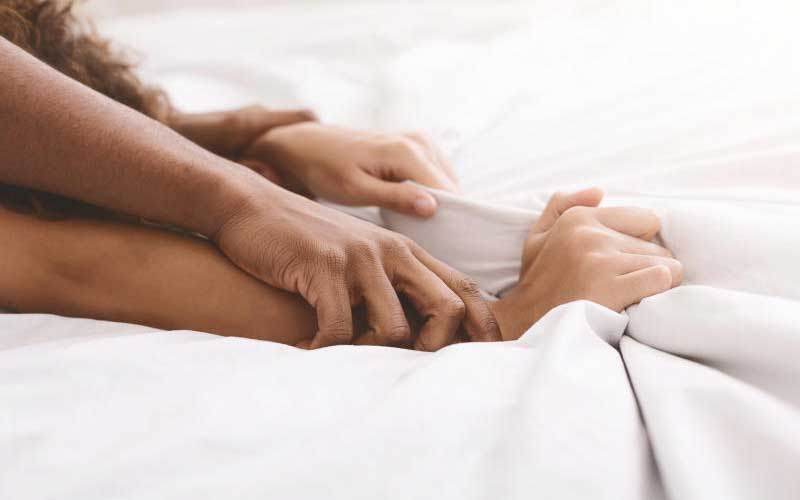 While sex in itself is a pleasurable activity, orgasm is often considered by many as the peak of sexual encounters. It is widely accepted as the measure of success or a stamp of approval for sexual intimacy.

Orgasm is basically that powerful sensation that discharges accumulated sexual tension. Hormones such as oxytocin and other endorphins released during both male and female orgasms have been found to have relaxing effects; that “feel-good moment.”

However, due to the fact that orgasms have been placed on a pedestal as the only goal for intimacy, several misconceptions surround it. Science reveals some pretty amazing stuff about this.

1. Orgasms only occur during sexual stimulation

2. Only women have problems with orgasms

No. Both genders experience orgasm disorders. The contributing factors may be biological, physical or psychological.

3. Women do not suffer from unresolved stimulation

Unfulfilled sexual desire in men results in a sometimes agonising feeling; what is commonly known as “blue balls.” Fact is, women experience the discomfort of an unresolved stimulation too. No matter the anatomy, aroused sexual parts can ache when they go unresolved.

When a woman fakes it, it can be considered as a form of lying. You are simply neglecting your own satisfaction and misleading your partner. You owe it to yourself too to express unfulfilled needs.

Male orgasmic disorder, also known as inhibited male orgasm occurs as a persistent or sometimes recurrent problem. Basically, there is delay or absence of orgasm even after adequate stimulation. For some men, inhibited male orgasm can be a lifelong disorder or acquired after development of certain conditions such as heart disease, depression and usage of certain drugs.

It is estimated that around 10 to 15 per cent of women have never experienced orgasm. Orgasm disorders in women, just like in men, involve significant delay or even absence of orgasm—also known as anorgasmia- after adequate stimulation. Anorgasmia can be primary; where a woman has never had an orgasm or secondary where a woman who previously experienced orgasms no longer has them. History of trauma, such as female genital mutilation has been associated with anorgasmia.

A study done in Nakuru in 2017 suggests that women who have undergone FGM have negative sexual experiences strongest on lubrication and orgasm. Women who had experienced orgasm before the cut reported adverse changes in desire, arousal and satisfaction after undergoing FGM.

A cocktail of feel-good hormones such as serotonin, oxytocin and vasopressin are released during orgasm. These neurochemicals are clinically proven to relax the mind and improve the quality of sleep.

Research published in British Journal of Urology International suggests that frequent ejaculation could help lower the risk of prostate cancer for the middle-aged and older (50+) men. This does not in any way advocate for reckless sexual behaviour among men. The same study, however, cautions younger men in their 20s and 30s that frequent sexual activity could increase the risk of the same.

An orgasm may take a few seconds, but research suggests that the health benefits may still be felt a week or two after. The calming effects of the hormones produced during orgasm combats stress and lowers blood pressure.

You do not need to invest heavily in anti-ageing creams; the increased blood flow during orgasm will give your face that flushed look. This is due to stimulated collagen production when blood vessels open up. Collagen keeps the skin plumped and gorgeous. The post-sex glow gives you that youthful look at no cost.

Sexual health is linked to psychological and social well-being. Ability to experience orgasm makes one feel in tune with his or her sexual needs and desires.

Any form of physical activity is linked to efficient heart functions. It is a bonus when sexual desires are fulfilled since it will seriously benefit your heart health. There is a lowered risk of cardiovascular disease in older men and women who regularly experience orgasm.

7.    Pain relief from migraine and flu

When men suffer from flu, an orgasm could initiate components of their immune system that could fight of the bug faster. And thanks to the endorphins, studies indicate that pain tolerance increases by 7.6 per cent in women who experience orgasm.

By Mercy Kahenda 4d ago
Brace for rise in flu infections among children, Ministry of Health warns
.

By Mate Tongola 6d ago
Mask up, Kagwe warns