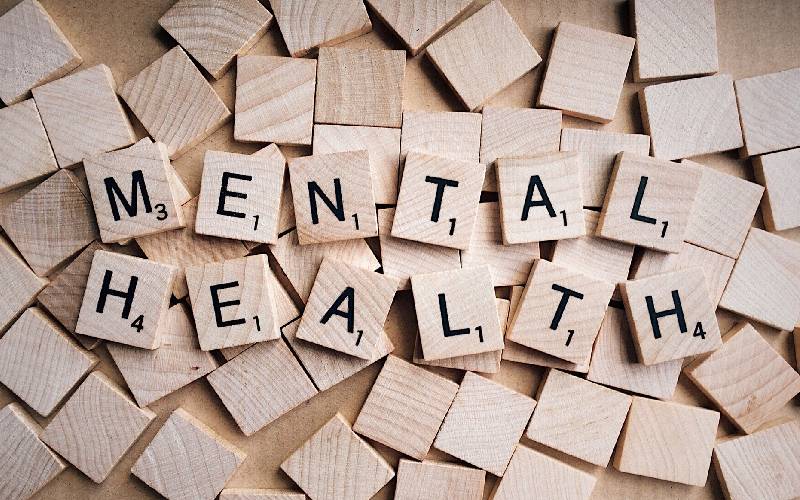 A group of patients dressed in worn and faded blue uniform sit behind an overgrown shrub chatting and laughing gleefully.

Their laughter wakes up another lot sleeping on the ground.

A few meters away, another group of elderly patients stare into empty space for hours unperturbed by the laughter from their colleagues.

In a nearby room that could do with a new coat of paint and window panes, another group sleeps on the floor as one of them absentmindedly shreds to pieces the last piece of a mattress that has seen better times.

Welcome to Gilgil mental hospital. Located inside Gilgil Sub-County Hospital compound, it is reputed to be the second largest mental health facility after Mathare hospital in Nairobi.

The facility is home to close to 100 patients, most of them abandoned and forgotten by their relatives

The staff is demoralized and accuses their bosses of treating them like ‘second hand medics’ compared to their colleagues in other public hospitals.

According to one of the medics, the problem started soon after the Constitution came into force in 2010 creating confusion on who was supposed to run the institution.

“Health was devolved to counties but it’s not yet clear where mental institutions lie, as a result we have been tossed between the national and county governments,” said one of the hospital staff who did not want to be named for fear of victimisation.

As a result, the facility has been starved of even the most basic needs such as patients’ uniforms and mattresses.

“The institution has suffered for years due to lack of a budgetary allocation, patients wear worn out uniforms and sleep on the floor,” said another medic.

All the medics that The Standard spoke to called for urgent rehabilitation of the hospital, including more attention to its staff needs.

“We deal with people who at times are very violent, but we are not paid risk allowance like our colleagues in the public hospitals,” said one staffer.

According to Solomon Waiteke, a health worker who is a frequent visitor at the hospital, majority of patients at the facility are elderly and cannot even remember their homes.

“We have a number of patients who were literally dumped here by their families, no one has come to check their condition yet some have fully recovered,” he said.

As a result, the facility’s wards are is overcrowded.

“Patients have to share the little space we have since we cannot lock them out and there are no funds to construct a bigger facility,” he said.

Faced with a myriad challenges, morale at the hospital has hit an all-time low. “The issue of staff and remuneration should be addressed urgently as the morale is low with the personnel feeling that they have been forgotten just like their patients,” said Waiteke.

The situation is no different at Nakuru Level 5 Hospital’s mental health wards.

Here, the first thing you notice are three idle nurses at the entrance of the male patients’ ward. The patients mill around inside a small yard behind the nurses. There is no extra security in sight.

The facility, which was established in 1940s, is in a sorry state. The male ward that was built to accommodate 26 patients, now has more than 70. The ceiling is crumbling and most of the beds bare. Visitors can smell the stench from the washrooms from a distance.

Many have been detained for non clearance of hospital bills.

“Working here is very tedious and disheartening. With the conditions here, some patient who come in for treatment go back home with further complications,” said one of the nurses at the facility.

It is not clear how much money is set aside for the two mental health facilities. What is clear is that the two need urgent help.

Governor Lee Kinyanjui said he has held talks with Health CS Sicily Kariuki, seeking a special allocation from the National Government for the two facilities.

“This hospital is very critical not only for the county, but also to the entire country, we are calling for support from the ministry of health to improve its current status,” he said.

The county has set aside Sh40 million in the current financial year to modernise the hospital.

Medication mistakes you should avoid
Health & Science - By Standard Digital