Why non-smokers are getting lung cancer 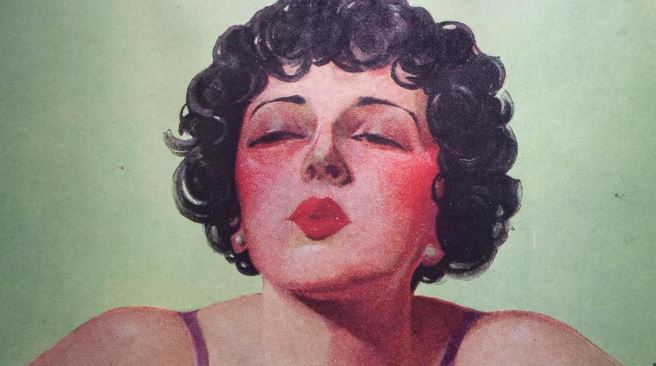 As a lung cancer researcher and patient advocate at Trinity College Dublin, Anne-Marie Baird gets mixed responses when she tells people about her profession. One of the more memorable was when, at a scientific conference, she was asked “Why would you even bother researching that? They deserve it – and they’re all going to die anyway.”

Lung cancer is the most common cancer globally, with 1.8 million new cases diagnosed worldwide in 2012 (the most up-to-date figures available). Although 58% of new cases were in developing countries, the disease is a widespread problem – 45,000 people are diagnosed with it annually in the UK, 230,000 in the US and 12,500 in Australia.

A common view of lung cancer is that it is self-inflicted by smoking – and that the problem will eventually disappear when everyone gives up the habit. But aside from the fact that none of this helps former or current smokers who currently have the disease, there are two major flaws with this thinking.

First, lung cancer cases aren’t declining across the board.

The gender gap is one obvious example. More men than women still are diagnosed with lung cancer – in the US, a man’s lifetime risk is 1 in 15 while a woman’s is 1 in 17. But while a recent US study found that rate of lung cancer among men continues to fall, in young white women it has increased. And globally, while the number of men diagnosed with lung cancer has dropped over the last two decades, among women it’s risen by 27%.

Researchers aren’t sure why. But there is some science to suggest that women might react differently to nicotine, and that women’s DNA is damaged more easily and more profoundly by carcinogens in tobacco.

The health risks to women also may be becoming apparent later because women began smoking after men. Few women smoked in the 1920s in the US, for example. But as the habit began to be marketed – and seen – as a symbol of emancipation, female smoking rates rose. One study of more than 100 countries found that the link between gender equality and female smoking rates endures.

“Women’s empowerment must continue,” write Hitchman and Fong. “But does the bad necessarily have to follow from the good?”

But while smoking causes approximately 85% of lung cancers – and the single biggest thing we can do to reduce our risk of getting lung (and other) cancers is not to smoke – not smoking is not a guarantee.

“Non-smoking lung cancer is not a trivial issue,” says Charles Swanton, chief clinician of Cancer Research UK. “In my practice, 5-10% of patients have never smoked.”

This, too, seems to affect women differently: one study has found that one in five women who develop lung cancer have never smoked, compared to one in 10 men. A review of lung cancer patients undergoing surgery from 2008 to 2014 in the UK, meanwhile, found that 67% of those who never had smoked were female.

Part of this disparity likely stems from the exposure of non-smoking women to secondhand smoke. Even if women have been catching up in some countries, the fact that more men than women historically have smoked means the chance of a non-smoking woman being married to a husband who smokes is higher than vice versa.

Making matters worse, as the World Health Organisation points out, “Women and children often lack power to negotiate smoke-free spaces, including in their homes.” Secondhand smoke increases the chance of a non-smoker getting lung cancer by 20-30% and causes 430,000 deaths worldwide each year – 64% of which are women.

Gender-based roles may also be relevant in some situations. The use of indoor coal fires for cooking and heating have been linked to lung cancer in non-smoking women in China, and certain Indian cooking fuels have similarly been shown to increase risk of lung cancer.

But even small percentages have an impact: just 0.2% of the female non-smokers in the UK Million Women Study were diagnosed with lung cancer, but that adds up to 1,469 women who had never smoked getting the disease.

In general, cancers develop when the normal processes which keep us healthy and alive by making new cells go wrong. Carcinogenic chemicals, ultraviolet light and viruses can all damage the DNA in cells, causing a cancerous malfunction. But in many cancers there isn’t an identifiable, external risk – and this may be the case for some of the non-smokers who get lung cancer.

But aside from coal fires and cooking fuels, there are other factors, such as radon gas or asbestos, which can increase a person’s chances of getting lung cancer.

There also have been fears – and headlines – about air pollution, which was listed as a carcinogen by the International Agency for Research on Cancer in 2013. The agency estimated that 223,000 annual lung cancer deaths could be attributed to PM2.5s, tiny particles that come from diesel exhausts and construction. More than half of these deaths were in China and other East Asian countries, which have seen rapid industrialisation and resulting smoggy cities. In the UK, about eight in 100 lung cancer cases each year stem from exposure to PM2.5s. (Find out more about air pollution and its effects in the BBC series So I can breathe).

Still, as Cancer Research UK puts it: “Air pollution increases the risk of lung cancer but the risk is small for each individual so it’s important to keep this in perspective and not shut yourself away because it’s difficult to avoid some air pollution.”

Despite the media attention paid to non-smoking-related risks, most non-smokers have a “false sense of safety” about lung cancer – which can make matters worse. If they see lung cancer as unlikely, even when their symptoms are typical they tend not spot them early enough, so they tend to be diagnosed when their cancer is at an advanced stage.

That makes it much more difficult to treat. Within a year of diagnosis, 70% of lung cancer patients whose disease was caught early will still be alive, compared with just 14% of patients whose tumour was already at an advanced stage.

“Anybody who has sinister chest symptoms needs to seek urgent medical advice, especially if these are long-term or not resolved with antibiotics,” Swanton says. In particular, coughing up blood is “a red flag symptom”, whether someone ever has smoked or not.

After being diagnosed, the stigma of lung cancer can also be difficult. “Not a lot of people want to come out and say, ‘I’m a lung cancer patient’,” Baird says. “With breast and other cancers, people say it more freely.”

Due to the general assumption that people with lung cancer are smokers, those who have never taken a puff still suffer from the stigma that they ‘caused’ their own disease, either.

US researchers interviewed lung cancer patients including smokers, recent quitters, and never-smokers. Even some of the never-smokers reported negative responses from their medical team.

One participant who had never smoked told the researchers: “The first negative reaction I got was in the hospital, from the respiratory therapist… She said this under her breath while I was having respiratory therapy post-op, ‘That’s what you get for smoking.’”

That stigma has also meant that lung cancer receives only a small share of the billions of dollars globally that are ploughed into researching cancer. In Canada, for example, which has the second-highest rate of lung cancer in the world, the disease receives just 7% of research funding – despite causing 25% of cancer deaths. The opposite has been reported for breast cancer.

Still, there are reasons to be hopeful. In the last few years UK expenditure on lung cancer research, for example, has been climbing, making up 11.5% of the total money spent on total cancer research in the 2016-17 financial year.

Meanwhile, Swanton is leading the £14 million TRACERx study, which will examine how lung cancers change over time in 850 patients. Studies like this give researchers the potential to delve deeper into the differences from patient to patient, between smokers and non-smokers, men and women. Understanding these differences makes it possible to design more effective treatments for individual patients.

The future of lung cancer is a more hopeful one. But a catchphrase used by those campaigning for more funding into research for lung cancer should serve as a reminder to all of us about what is at stake.

“Lung cancer doesn’t discriminate, and neither should you.”

This story is part of the Health Gap, a special series about how men and women experience the medical system – and their own health – in starkly different ways.

By KENNEDY GACHUHI | 10h ago

By KENNEDY GACHUHI | 9h ago