Would you consider a plate of grasshoppers for lunch? 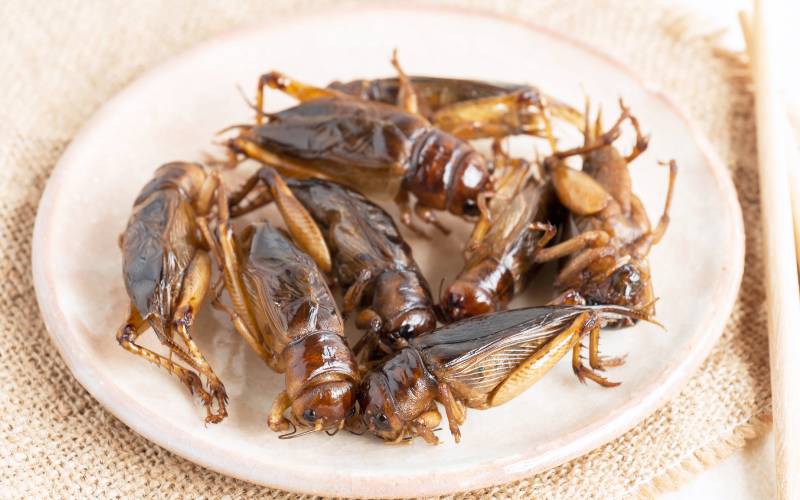 What is it that comes to your mind when you first interact with an insect in your house or office?
While many people will react by picking up a weapon and smashing the “creepy crawly” to death, the remaining few are reaping millions of shillings, bubbling with good health from embracing and exploiting the many opportunities around the insect that go beyond the unfortunate crop-eating, disease-carrying reputations associated with the beautiful insects.
Researchers at Jomo Kenyatta University of Agriculture and Technology(JKUAT), have made headlines in the past for their breakthrough discoveries on the commercial and health benefits of consuming insects such as crickets and more recently, a specific type of snail and now, a new delicacy among Kenyans, called Longhorn Grasshopper (Ruspolia differens) commonly known in Swahili as Senene.
During the First Ruspolia International Symposium staged at JKUAT on December 11, 2019, researchers acknowledged that the Longhorn grasshopper which is highly underutilized especially among Kenyans is of high commercial value, and Uganda and Tanzania are already reaping huge rewards from the delicacy.
“In Tanzania for instance, Senene is a popular delicacy especially during the swarming season when they are plenty. About half a cup of the Senene would sell for approximately Ksh. 600 when they are out of season and you would buy the same quantity for Ksh. 300 during the swarming season,” said Mercy Mmari, a food nutritionist from Tanzania.
With the current projections indicating the world population will surge to 9.2 billion by 2050 further increasing the already overburdened protein demand, the researchers indicated that Senene will ease the strain of the common protein sources with a variety of nutritional composition. They established protein content of 37.1% and 35.3%, fat content of 48.2% and 46.2%, ash content of 2.8% and 2.6%, a fibre content of 3.9% and 4.9% for the green and brown grasshoppers, respectively. Among the macro minerals, potassium (K) was the most abundant with a value of 370.6 mg/100g and 259.7.
In addition to their rich nutritional value, the researchers stated that research is currently underway to ascertain the medicinal properties and aphrodisiac properties associated with the Longhorn grasshopper following a high recommendation from the mass consumers in Uganda and Tanzania.
The Principal, College of Pure and Applied Sciences (COPAS), Prof. David Mulati, who officially opened the ceremony on behalf of the Deputy Vice Chancellor, Research, Production and Extension, Prof. Mary Abukutsa, expressed his delight at hosting the symposium in JKUAT saying the move confirmed the confidence the international researchers had in the university’s effort in promoting such research.
He reaffirmed the University’s commitment to continue engaging in research on edible insects while making reference to others like crickets and black soldier flies as well as the Longhorn grasshoppers so as to ease the global variety of protein sources.
Dr. John Kinyuru who is a Food and Nutrition specialist, lecturer at JKUAT as well as the convener of the symposium, noted that despite the benefits accrued from the insect, handlers of the insects need to have insight into the animal behavior in order to rear them in mass production for either commercial or food. He said cannibalistic tendencies among the species is a common behavior and therefore handlers required training and guidance to maximize the quality and quantity of the insects during mass production.
He urged people with a keen interest in rearing the Longhorn grasshopper to contact him through his email address: [email protected].
The symposium brought together over 30 established local and international researchers in edible insects from Kenya, Belgium, Tanzania, Uganda among other.
The symposium was organized under the auspices of JKUAT, Vli-rous, KU Leuven and ICIPE.