Maradona was back at Boca Juniors as Gimnasia La Plata coach on a breathtaking final day of the title race.

The 1986 World Cup winner - notorious for the 'Hand of God' goal that helped Argentina beat England in the quarter-final - had two spells at Boca Juniors as a player, sandwiching his time in Europe which saw him star for Barcelona, Napoli and Sevilla.

So it was an emotional day for Boca fans - who witnessed Tevez giving Maradona a kiss full on the lips before scoring a dramatic winner to pip arch rivals River Plate to the league crown.

River led the Superliga from Boca by a point going into their final round of games and could have guaranteed the title with a victory.

However, they could only scrape a 1-1 draw away at Atletico Tucuman.

At the same time, Boca needed to win at home to Gimnasia and hope River tripped up.

They got the three points they required to leapfrog their rivals when Tevez rifled home from 20 meters out with 18 minutes remaining.

Afterwards, Tevez explained why he had given Maradona a smacker on the mouth.

"I knew I had to kiss Diego, I was lucky that way...sometimes you have to look for luck," said the former Manchester City, Manchester United, West Ham and Juventus striker.

The 36-year-old's strike earned Boca's third league title in four years and robbed River of what would have been their first crown since 2014.

The win was a revenge of sorts for Boca, who lost to River in the Copa Libertadores final in 2018 and semi-final last year.

It was a terrible blow for River coach Marcelo Gallardo, who was hoping to win his first league title. The league is one of the few trophies the former River midfielder has yet to win in a victorious career as coach.

To add a further layer of intrigue to the occasion, boyhood Boca fan Maradona was making his return to the club following a long-running feud with club idol and Vice-president Juan Roman Riquelme. 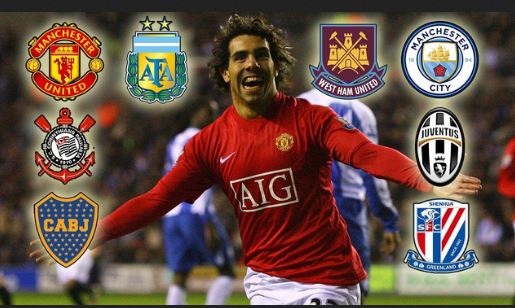