Sanchez is Gunner leave it to his agent 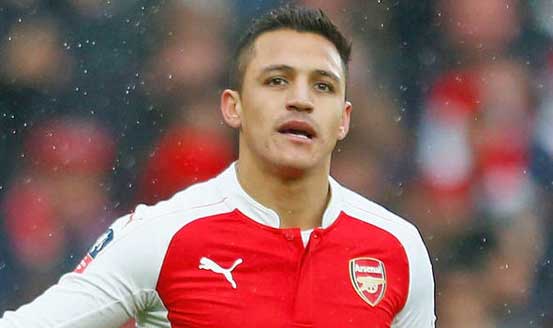 Alexis Sanchez has left his Arsenal future in the hands of his agent as prepares for this month’s Confederations Cup.

The Chile star, 28, said: “I’m looking at what my agent is doing. For now, I’m focused on the Confederations Cup in Russia and trying to do well.

“The truth is that my agent will see to it. He knows and he will sit down with the club to look for the best option for me.

“I’d like a lot of things but I’m only thinking about the national team.”

Reports linking Alexis Sanchez with a switch from Arsenal to Bayern Munich continue to surface.

Sanchez, out of contract at the Emirates next summer, has yet to commit his long-term future to the FA Cup winners and is a target for a number of clubs.

Manchester City and Chelsea are both interested, but Kicker report Bayern are determined to win the battle for the Chile international’s signature.

Alexis Sanchez’s future at the Emirates remains in the balance.

Bayern Munich are ready to make the Arsenal star their highest-paid player with a £350,000-a-week offer in a bid to trump Manchester City.

The Gunners made a last-ditch effort to convince Sanchez to sign a new deal earlier this month, tabling a three-year deal worth £275,000-a-week.

But following a season of uncertainly at the Emirates it looks increasingly likely that Sanchez’s last act in an Arsenal shirt will have been lifting up the FA Cup at Wembley on Saturday.