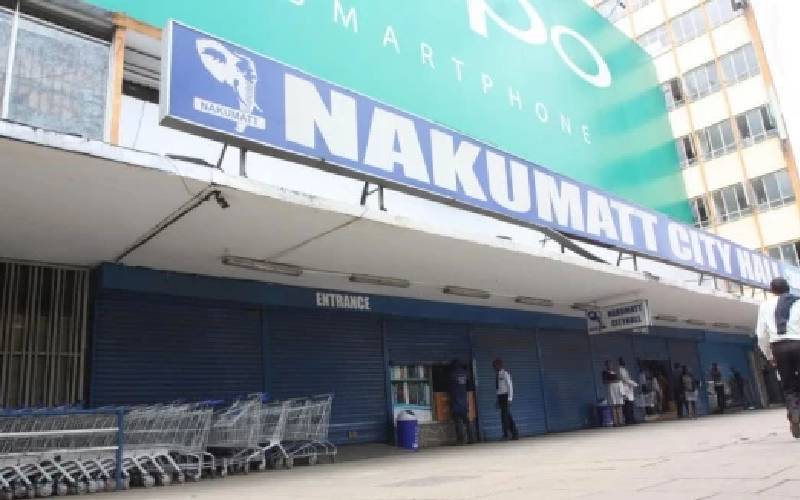 At the peak of their powers, Nakumatt, Uchumi and Tuskys appeared infallible in how they conducted their operations.

They were operating with a swagger that intimidated other retailers until things started to unravel, fast.

The three have floundered and in their place has emerged a new crop of retailers that are expanding rapidly to fill the void left by the erstwhile retail giants.

At the top of the pile is Naivas that now boasts a staggering 75 branches countrywide.

It is followed by Quickmart, formed after a merger of Quickmart and Tumaini Self Service Ltd, backed by Adenia Partners, a Mauritius-based private equity firm operating in sub-Saharan Africa, with 45 branches.

How the two have thrived in an environment where Tuskys and one-time regional giants Nakumatt and Uchumi collapsed spectacularly is a mystery to many.

But industry experts say it boils down to their business models, helped by the determination to learn from the mistakes of the erstwhile market leaders.

Peter Kahi, an insolvency practitioner and partner at PKF, a consulting firm, said Naivas appears to have taken a safer approach not to fall to the mistakes of the three failed retailers.

“These retailers got some money from private equity funds, which was a very wise move, which has helped them expand,” he said.

Naivas Managing Director David Mukuha said the retailer’s rise to the top has also been helped by avoiding the mistakes of its predecessors.

“Nakumatt and Tuskys were big forces when Naivas was still small with two branches in the city (Nairobi). We have been learning from the mistakes that they made. We have seen what they have done and where they fell short, ” said Mr Mukuha.

He said one of the biggest reasons Nakumatt, Uchumi and now Tuskys fell from grace was runaway corruption and in the case of the latter family wrangles.

“We have also had some (wrangles), which, alongside misuse of funds, had affected operations,” said Mr Mukuha.

“They then expanded too fast, and they realised that it was not working when it was too late,” he added

But in the wake of the fall of the three retailers, Naivas and Quickmart have also been on an expansion spree.

Mukuha said they are filling the void left by the other retailers while also venturing into areas that they had not set foot. This has added to their customer base.

“Our predecessors had not set up shop in Kitui, Machakos, Narok and Nyeri,” he noted.

But Mukuha explained that the expansion is also pegged on branch profitability and not merely for the sake of it as was the case with the failed retailers.

“If it is not profitable, then [we do] away with it,” said Mukuha.

“We have shut five branches which are not profitable.”

“We are in an era where you close once you realise that a store is not making a profit,” she said.

“We are learning to operate each branch as an individual cost centre. You check if that centre can sustain itself, then you can decide whether it continues operating or it should be closed.”

But what if they fall into the same trap as their predecessors by opening too many branches near each other?

“If they start opening branches next to each other, then there will be cannibalisation. But if they can go to places that others never reached, would be a great achievement,” said Ms Mbarire.

Mukuha said demand is a major driving force in the expansion strategy, prompting some areas to have multiple branches, whose profitability they assess regularly.

But other players in the market, such as French retail chain Carrefour, have adopted a different strategy.

The retailer is not keen on opening many branches, only concentrating on some of the biggest malls in the country.

“Carrefour has a different expansion strategy. They are just targeting the big towns as a strategy of the parent company in France. Different retailers have different ways of operation,” said PFK’s Kahi, who is also the receiver manager of Nakumatt.

Even with its relatively modest reach in Kenya, Carrefour remains a formidable force in the local market.

“Every retailer has a different system they use to make decisions, such as where to pitch camp next. The industry does not experience generic growth, and there are different decisions to be made when considering opening the next branch,” she said.

One of the biggest challenges that Naivas has met in its expansion spree is the lack of enough space, including parking.

The retailer is huge on food, with a special focus on fresh agricultural produce. The success of the new strategy has seen Naivas consider converting some of its old branches exclusively into food markets.

Kahi said nothing stops the smaller retailers from competing with the current market leaders, which themselves came from humble beginnings.

“Probably some smaller ones keep a wait-and-see attitude but could probably expand with a boost of funding, which I think is the main driving force behind the ability to expand,” he said.

Mbarire, for her part, said the retail industry will keep on growing despite the failure of Nakumatt, Uchumi and Tuskys, as well as several foreign retailers that have failed to crack the local market.

“Seventy per cent of this industry is informal. People are formalising and growing into new areas,” she said.

The coronavirus pandemic has upended every facet of life, especially human attitudes towards mortality.