When the curtain falls on Central Bank of Kenya (CBK) Governor Patrick Njoroge’s second term some time in June 2023, many will remember him as the man who put the fear of God in lenders, and restored discipline in the financial sector.

Almost a year into his second four-year term, Dr Njoroge has succeeded in keeping the shilling stable, something his predecessor Njuguna Ndung’u was unable to do during his time at the helm of the lender of last resort.

The unprecedented fall of the shilling saw MPs call for Prof Ndung’u’s head on several occasions, and the award of a controversial Sh1.2 billion security tender did not help his case.

It was, therefore, a no brainer that when he took over in 2015, Njoroge’s first task was to stabilise the shilling and restore market discipline, with lenders and other sector players having enjoyed free rein in their dealings to the detriment of the shilling and the economy at large.

It is, however, in the former that the governor has expended most of his time and effort, almost obsessively so, with remarkable results.

But then the coronavirus pandemic came along, bludgeoning major currencies, including the shilling.

It would, therefore, be unthinkable for any player in the market to cross Njoroge’s path right now when the local currency is in a free-fall as the virus continues to wreak havoc on global markets and livelihoods.

This is the position that Absa Kenya, formerly Barclays Bank of Kenya, found itself in last week when it failed to provide information about some specific foreign exchange trades it conducted last month.

The market breach forced the governor to wield his stick on the South Africa-based lender, suspending its foreign exchange trading licence for a week.

This was seen as a deliberate move by the regulator to send a message to other foreign exchange dealers who might want to take advantage of the financial chaos being wrought by the pandemic to rip apart the rule book on foreign exchange trading.

But even Njoroge knows that the war might not be necessarily won by punishing real or implied wrongdoings by foreign exchange traders.

The health crisis has presented the governor, a devout Catholic, with a different kind of battle.

The attack on the shilling by a highly contagious viral disease has blighted major financial markets and plunged the global economy into a recession.

Almost all major currencies have received a drubbing, with only the dollar surviving the hiding so far.

Since March 13, when Kenya confirmed its first case of the novel coronavirus, the shilling has dramatically lost ground against the dollar from 102.4 to trade at 106 units by the close of business yesterday.

On Wednesday last week, 106.4 units of the local currency fetched one dollar as the country’s external position continued to be hammered.

CBK, which has among its main functions ensuring a stable exchange rate, has thrown its weight behind the shilling by diving into the open market to sell dollars cheaply to traders. But there has been little progress.

The Central Bank’s usable foreign exchange reserves – a country’s arsenal of various foreign currencies – stood at $7.9 billion (Sh837 billion) as of April 9 as the regulator shed $543 million (Sh57 billion) in the three weeks since the country announced its first Covid-19 case.

Sufficient foreign currency reserves are critical for the payment of the country’s imports from the world market, as well as payment of debts to foreign creditors.

Towards the end of last month, it looked like Njoroge’s efforts were paying off, with the shilling trading at 104.4 against the dollar from a low of 106.5 four days earlier.

But the reprieve, it seems, was temporary.

With his efforts hitting a dead end, Njoroge, at a press briefing, said he suspected foul play. He insisted that there was some degree of indiscipline, where some “malicious traders or malicious actors” contributed to the weakening of the shilling.

“Unfortunately, we are not saved from that scourge. We have seen it in other markets as well,” he said in his post-Monetary Policy Committee (MPC) briefing.

“So the point here, again, is we appeal, aside from the rules, to good ethics; the good sense of ethics of all our players around the markets particularly around this time of crisis.”

Currency manipulation can have disastrous effects on the economy, including increasing in the cost of living for a net importer like Kenya where a weak shilling means an increase in the import bill.

A weak shilling means that Kenya pays more for its external loans, which are increasingly dollar-dominated.

By the end of last year, about 70 per cent of Kenya’s foreign debt was dollar-denominated compared to 31 per cent 11 years earlier.

And back in 2008, the euro, at 41 per cent, dominated the country’s foreign currency debt portfolio.

In 2011, CBK, then headed by Ndung’u, sanctioned four banks on suspicion of currency manipulation where they were accused of instituting the weakening of the shilling so they could make huge profits.

Back then, the shilling weakened from an average of 81 at the beginning of the year to 105.9 towards the end of the year. There was consensus it was a case of currency speculation.

Njoroge does not want a repeat of such events. He has earned himself a reputation for being a financial disciplinarian. The former International Monetary Fund (IMF) economist has been a staunch defender of the shilling, particularly against speculators.

His firm position has seen the local currency hold steady against major currencies.

Some critics have, however, interpreted this as ‘propping up’ of the local currency by the CBK, sentiments that the financial regulator has flatly denied.

Njoroge’s fidelity to the law and ethics has seen him bag awards for the manner in which he has injected civility in the banking sector.

The current threat against the shilling, however, is perhaps unlike any other, not even that of 2011. It threatens to loosen Njoroge’s grip on the foreign exchange market.

The dollar, on the other hand, is on steroids. As the pandemic has buffeted economies, investors have evacuated their assets to safer ground, and according to analysts, this has not been the gold bullion but the greenback.

Consequently, the dollar has gained against all major currencies as investors move their money into the perceived safety of US Treasury bills and bonds.

The dollar was on course for a weekly loss on Friday as the US Federal Reserve’s massive new lending programme for small companies and signs of a slowdown in coronavirus infections reduced safe-haven demand.

With the US government printing dollars valued at over $2.3 trillion (Sh244 trillion) to save its businesses from bankruptcy and employees from joblessness, there is suddenly a huge supply of the currency, bringing its price (exchange rate) down.

But the changes have not been significant in Kenya, with the shilling trading at 106 at the end of trading last week.

Njoroge himself noted that although the foreign exchange market has remained fairly balanced, it has also seen some volatility.

“For those of you who are watching the market, you have seen how the dollar has surged against virtually all currencies. And so, yes, we have seen in recent weeks a bit of depreciation of our currency, the shilling, against the dollar,” said the governor, adding that other factors are also to blame for the weakening of the local unit.

He said the Central Bank expected that there would be some reduction in demand for foreign currency in the market, particularly from oil companies.

The regulator reckoned there would be significant savings from the country’s oil bill because the price had gone down.

International oil prices plunged further during the week before a marginal recovery on April 2 following hope of talks to resolve the price wars.

The country has witnessed low inflows of foreign exchange reserves due to limited exports of flowers, tea and coffee to Europe and North America, which are under lockdown. 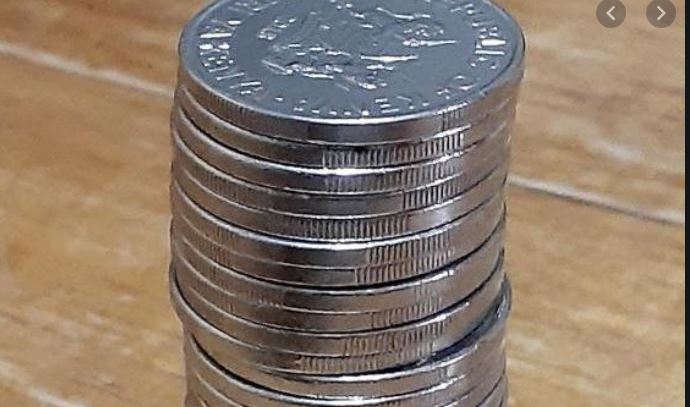 Other sources of foreign exchange reserves, include tourism receipts, have also fallen after country-restricted travel to tame the spread of the pandemic.

Reduced inflows of forex and the surge in outflows as jittery investors offload their portfolio investments, such as stock and debt securities, has made the going tough for the shilling.

There are efforts to save the currency from damnation, though, including ongoing talks between the Treasury and CBK officials for a new stand-by arrangement with the IMF. This would offer a critical buffer in case of short-term external shocks.

Additionally, Kenya’s reserve of foreign currency at the IMF has been doubled to Sh75 billion, boosting the country’s external position.

Treasury Cabinet Secretary Ukur Yatani told The Standard that Kenya’s quota of special drawing rights (SDR) at the IMF had been doubled from an equivalent of Sh37 billion.

“This is all to cushion us against external shocks. And we are doing it for balance of payments; money to balance our budget,” said Mr Yatani.

This assistance, said Njoroge, “does not have conditions”, contrasting the funds from the stand-by arrangements, which normally come with strings attached.

Even more critical is the request by Kenya for bilateral loan repayments to be suspended. According to the World Bank, if approved, this would save the country at least $675 million (Sh71.5 billion).

Previous article
Tornadoes bring death, destruction in southern US
Next article
Pregnancy made me hate my husband's voice, cooking