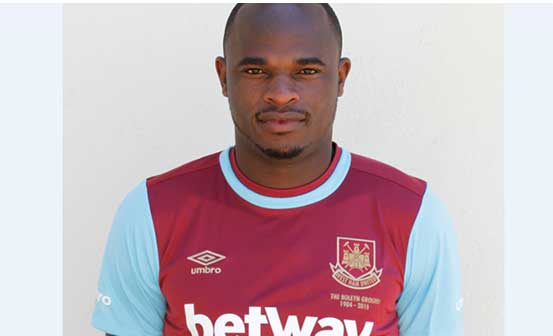 NAIROBI, KENYA: Former Harambee Stars captain Dennis Oliech has signed one year deal to become the brand ambassador for betting firm Betway in a move that hints at his possible retirement from football.

The player said in a statement he is excited about the deal pointing out that it signals the start of another chapter in his career.

“Betway is a major brand that I am proud to be associated with. This is also a great opportunity for me to start another chapter of my career.” Oliech said.

Betway Group  CEO Richard Akitt described Oliech as a legend who will give his brand the needed exposure.

“Signing a Kenyan legend like Dennis Oliech is another significant coup for Betway and we’re looking forward to working with Dennis over the course of the next 12 months,” he said.

Oliech remains Kenya’s all time high goal scorer having netted 37 times in 74 matches for the country.

Oliech was first capped by former German Coach Reinhardt  Fabisch against Nigeria on 4 May 2002 as a 17-year old and went on to feature in 68 national senior games, the last on 6 September 2015 against Zambia.

He has not been active with club football since July 2015 when he left Dubai DSC, a club he joined in February of that same year after ten years of high profile football in France where he turned out for Nantes, Auxerre and Ajaccio.

By Macharia Kamau and Frankline Sunday | 4 days ago

By Frankline Sunday and Macharia Kamau | 4 days ago