Why Kenya should care who heads COP 28 Presidency

Events happening this past week could influence Kenya’s participation at the 28th Conference of Parties to the UN Framework Convention on Climate Change set to take place in the United Arab Emirates in November this year.

While the host nation has the prerogative right to choose whomever it may want as the lead personality in moderating the discussions during the high-level talks, the selection of Dr Sultan Ahmed Al Jaber as the COP 28’s president has not gone down well with civil society groups.

Not that they have any power to change the outcome of how the government of UAE wants to manage the politics of COP, but that notwithstanding, the civil society across the world including those in Kenya and Africa have raised concerns and their concerns are valid.

Dr Al Jaber is a Cabinet Member and Minister of Industry and Advanced Technology of the United Arab Emirates, Managing Director and Group CEO of the Abu Dhabi National Oil Company and the Chairman of Masdar. It is his association with the oil industry that is making activists around the world raise opposition to his appointment by the UAE government as the COP28 President.

Some of the activists want Al Jaber to step down from this position whereas others have blatantly stated that it is an “insult” to have a Minister of an oil company preside over COP 28 negotiations.

Why should Kenya care?

For a very long time, Kenya and a few other countries on the continent has been having the highest number of delegation to the climate summit and has in effect been providing direction during discussions on various items.

While the continent has been very vocal during the discussions, the outcomes have not always favoured Africa. Reasons for this could be that the continent has not been keen to monitor those tiny happenings ahead of the COP.

For example, the appointment of a person linked to the oil industry should send a warning that any discussions around fossil fuel would be dead on arrival.

Expressing outrage over the appointment of Dr Al Jaber, Nnimmo Bassey, a member of the Oil Watch International steering committee stated: "The last two COPs crawled with delegates from the fossil fuels sector and they have been responsible for blocking real climate action or derailing negotiations. Their heavy presence has led to the COP being unable to call for a fossil fuels phaseout — even though it is the sensible thing to do. Now UAE spits in the face of flooding, drowning and other climate-impacted nations by appointing the chief among polluters to preside over COP28. We call on the UAE to rescind this appointment..."

On her part, the coordinator of Oil Watch Africa, Salome Nduta said the appointment of the Abu Dhabi chief or that of anybody who has an interest in oil will definitely gag genuine discussions on the protection of the environment.

“It is a deliberate attempt to reverse minimal gains made so far. Oil companies who are the main polluters should not be made the judge in a matter they have an interest. This is a blatant violation of rights and conflict of interest," she said.

Dr Al Jaber is hailed by the United Nations Environmental Programme as a Champion of Earth. In fact, in 2011, he was selected by the UN Secretary-General to serve as a member of the High-Level Group on Sustainable Energy for All.

But even with these credentials, UN’s Secretary-General Antonio Guterres emphasised that the United Nations as an entity have zero involvement with his ascendancy to COP28’s presidency.

Meanwhile, as heated debates on the politics of inclusion and conflict of interest ensue, Dr Al Jaber and other players have been jetting in and out of the World Future Energy Summit in Abu Dhabi and the World Economic Forum in Davos 2023.

Coincidentally both events are occurring at the same time, the former commenced on the 16 to 18 of January, 2023 in Abu Dhabi, United Arab Emirates whereas the latter 16 to 20 January in Davos, Switzerland.

Both events host key decision makers including the who is who in the energy and oil sectors which include the world’s engineering companies, technology providers, oil and gas financers, and governments.

The heart of the discussions explores the necessity for economies to survive the turbulence of inflation and the investments governments must do to protect their citizens and companies.

In a panel session dabbed Mastering New Energy Economics at Davos 2023, Fatih Birol, the executive director of the International Energy Agency warned that we are entering the first energy global crisis.

“This has been caused by Russia’s invasion of Ukraine and has had huge implications in Europe,” said Birol.

But what is alarming is the potential impact the energy crisis will have in Africa should the situation be worsened by the climate issue.

Martin Wolf the chief economics commentator at the Financial Times said: “Nobody wants to lend money to developing and emerging countries because they think that they might not get the money back.”

For this reason, they will likely turn a blind eye to Dr Al Jaber career path and instead focus largely on the necessity of survival in order to maintain their longevity as autonomous States.

Whereas a large degree of latitude in determining the face of COP28 will shape the direction of advocacy and activism, the priority of many developing States will likely lean on the necessity of survival.

The politics of inclusion may therefore be ignored or at best be overshadowed by “a pragmatic, realistic and solutions-oriented approach” to climate action.

President William Ruto-led government could leverage its chair position within the Committee of African Heads of State and Government on Climate Change (CAHOSCC) and the African Union to seek for a presidency at the COP that would not be construed as a barrier to the discussions. 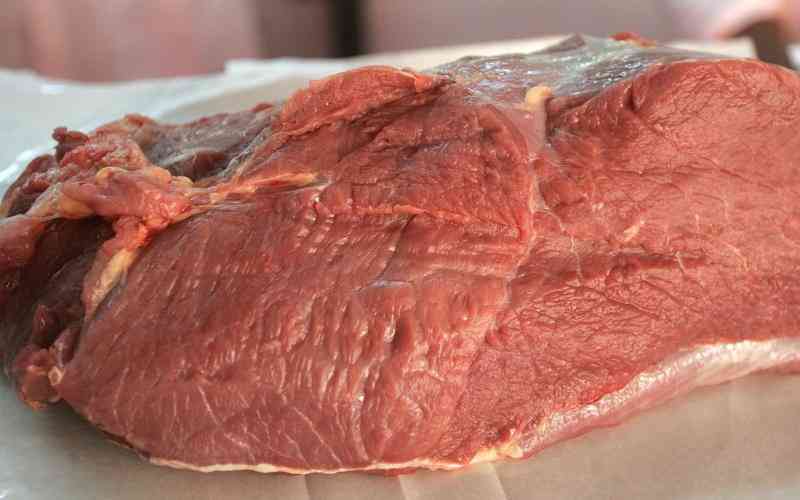 Watch out! That juicy meat can kill you fast
diseases that you can contract from eating uninspected meat and how to take caution.
Smart Harvest
By Kelvin Ogega
Jan. 18, 2023

How technology can boost dairy farming Smart agriculture
The technology comes at a cost but it has handsome returns on investment.
Technology
By Kelvin Ogega
Jan. 27, 2023
.