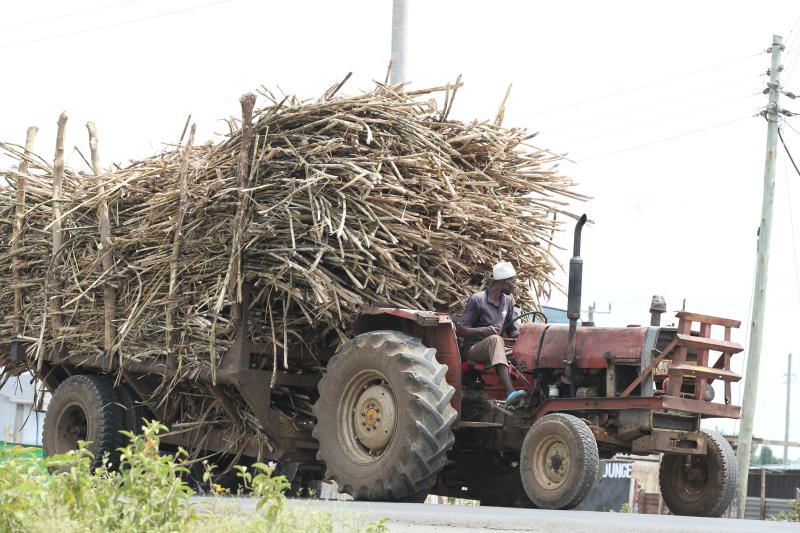 The proposal by the Government to write of a Sh62 billion debt choking sugarcane millers in Nyanza has been welcomed by governors and farmers in the region.

Last month, Agriculture Cabinet Secretary announced that the State will waive the historical debts to save the sugar companies from collapse.

Speaking in an interview yesterday, Kisumu Governor Anyang Nyong'o said with a clean balance sheet, which typically combines healthy liquidity with minimal debt leverage, the industry is likely to stand on its feet again.

He noted that the age old debts have been a big burden to the sugar industry for years, making it difficult for them to attract strategic investors if they were to be leased or privatised.

"It was not easy to lease the factories or even sell them to strategic or private investors the carried such a heavy debt burden," he said.

He averred that companies with clean balance sheets will have good asset coverage and liquidity ratios that could easily lure investors.

The governor asked cane farmers and factory staff to be patient. He said soon farmers will start to feel good when the firms are leased and start operations afresh with no debts.

He also lauded bold plans to stop massive imports of cheap sugar into the local market.

"This is what we have desired for years. I even went to court with former Gem MP Jakoyo Midiwo to stop the imports, finally the Lord has heard our prayers," he said

Kenya is normally allowed to only import 350,000 tonnes from the Common Market for Eastern and Southern Africa (Comesa) to bridge the local deficit.

According to the Sugar Directorate, imports of the commodity between January and May 2020 stood at 207,814 tonnes compared to the 172,213 tonnes imported in the same period last year.

The Government made the bold steps to revive the lucrative sugar industry in line with a raft of recommendations by industry stakeholders in the Sugar Task Force Report.

Early this week, Western Kenya leaders visited President Uhuru Kenyatta where they discussed a raft of measures to revive the region's economy.

The five sugar factories that have for long were tipped for privatisation but will now be leased are Chemelil, Miwani, Muhoroni, Nzoia Sugar and South Nyanza Sugar.

Of these, Miwani and Muhoroni are already under receivership.

"We are happy with the Government's move and we want also the fast-tracking of the implementation of the National Sugarcane Task Force Report," Mr Okoth said in an interview.

"This will allow financial flexibility to fund the factories operations, meet financial obligations and weather shocks or unexpected expenses that have been their biggest burden."

The President and ODM leader Raila Odinga had assured industry players of commitment to revive the ailing sugar sector.

Owino noted that with the debts having been waived, the State should now fast rack plans to lease the firms to strategic investors with the capacity to revive the millers.

According to Mr Munya, the factories will be leased through long-term leases of at least 20 years