The way out of rising cost of animal feeds

With the ongoing Russia-Ukraine war, livestock farmers have continued to feel the heat with the rising costs of animal feeds.

Animal feeds account for more than 60 per cent of the total production costs in livestock farming ventures.

It is estimated that 90 per cent of wheat consumed in Kenya is imported from mainly Russia and Ukraine. The current national annual wheat consumption is 2.1 million tonnes and 3.6 tonnes of maize. In Kenya, maize and wheat are produced in Narok, Nakuru, Uasin Gishu, Trans Nzoia, Meru and Laikipia counties.

Think outside the box

Maize, wheat and soya beans are the raw materials for the much-needed concentrates to sustain dairy, poultry and pig farming.

Going forward, there is need to explore alternative sources of animal feeds.

The war in Ukraine has proved that it is important to have an alternative source of these materials otherwise our livestock ventures will be adversely affected. I want to propose a workable and practical solution.

In Kenya, more than 80 per cent of the total land mass is arid and semi-arid. This translates to 46.6 million hectares of irrigable land. This land can be the saviour of our animals.

These regions are home to more than 90 per cent of the wildlife that supports the tourism industry, contributing to 12 per cent of Kenya’s Gross Domestic Product (GDP). The arid and semi-arid lands regions host 70 per cent of the National Livestock herd with an estimated value of Sh70 billion.

That people and animals live in the arid and semi-arid regions is a sign that crops too can grow and thrive in such areas.

That the arid semi-arid regions have never been farmed, at least not in the recent past means that with water, it is possible to change the fortunes of these regions.

If Israel has been able to turn around a desert and is now a leading exporter of farm produce to many countries, why can't we do it?

To harvest rainwater, water pans, or drill boreholes may be financially demanding but this is where the government and private investors come in.

The government, whose one of the key agenda is food security, can partner with private investors to develop water infrastructure.

This will in turn create an enabling environment for other investors to grow the aforementioned crops. Consequently, this will go a long way in sustaining our production of animal feeds.

Moreover, the government needs to come up with solid land-use policies to safeguard arable land. With the continuing trend of urbanisation, sooner or later we shall have no land to farm.

The solution to our problems comes from within. We cannot continue waiting for our neighbours to make a fire so we can go and warm up from their fireplace. We have to find long-lasting solutions to our issues.

During this campaign period, the electorate has a chance to scrutinise the manifestos of those seeking positions of power to see if they are advancing agriculture and food security. Come August 9, we have a decision to make as farmers.

[The writer is the FarmKenya resident vet] 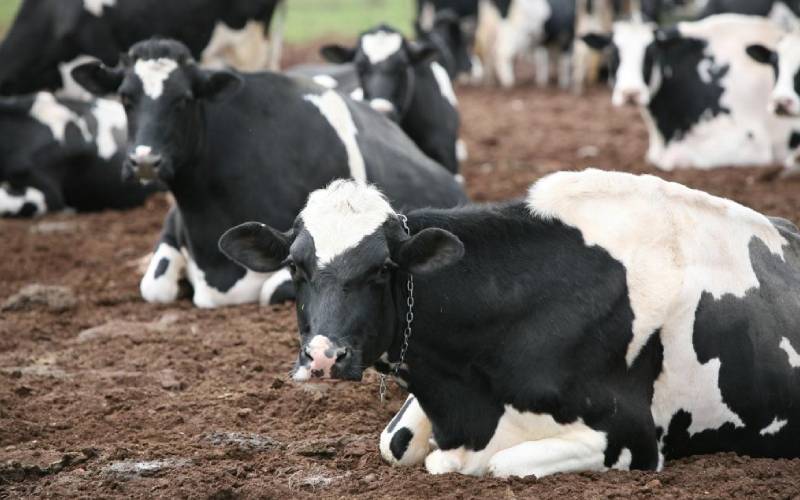 Disease that you must report to State official
Notifiable animal diseases refer to a group of diseases, which if they occur or are suspected to occur, must be reported to veterinary authorities.
Livestock
By Dr Joseph Othieno
3 weeks ago