Here is what you need to improve soil fertility

Soil scientists are warning of declining soil fertility. The decline, characterised by low basic minerals, is affecting crop productivity. Ministry of Agriculture reports show the country has been experiencing a decline in agricultural production of major crops in the last decade.

With declining productivity and soil nutrient depletion, a low cost soil amendment has been accepted as a sustainable approach and a promising way to improve soil quality and remove heavy-metal pollutants from soil. This is where Biochar comes in.

Biochar has potential to draw down carbon, increase soil fertility in acidic soils, increase yield and productivity especially for the poorest farmers. It can also reduce nutrient run off, improve water retention in soil, while also protecting against soil borne diseases.

Biochar can be produced using raw materials such as grass, cow manure, wood chips, rice husk, wheat straw, cassava rhizome, and other agricultural residues. The dry waste obtained is simply cut into small pieces to less than 3cm prior to use. The feedstock is heated with oxygen at temperatures of 350–700 degree centigrade (662–1292°F). The product can be manufactured on a small scale using low-cost modified stoves or kilns or through large-scale, cost-intensive production, which utilises larger pyrolysis plants and higher amounts of feed stocks.

The benefits of using biochar include; increased nutrient retention and reduced leaching, improved soil structure and water-holding capacity and decreased soil acidity and increased habitat for microbes. Additionally, biochar can reduce fertiliser requirements while crop productivity is maintained, or increase crop yields at lower rates of fertiliser use due to reduced leaching.

Reports show that when biochar is used as a soil amendment, it stimulates fertility and improves soil quality by increasing pH, ability to retain moisture, attracts more useful fungi and other microbes, improves ability of cation exchange and preserves nutrients in soil.

Biochar reduces soil density and hardening, increases soil aeration and changes the soil structure and consistency through the changes in physical and chemical properties. It also helps reclaim degraded soils.

Biochar reduces soil acidity by increasing the pH commonly referred to as liming effect and helps the soil to retain nutrients and fertilisers. The application of biochar improves soil fertility through two mechanisms: adding nutrient and/or retaining nutrients from other sources, including those from the soil itself.

It is worth noting that, in most instances, addition of biochar only has a net positive effect on the growth of crops if nutrients from other sources, such as inorganic or organic fertilisers, are used. Biochar increases the availability of C, N, Ca, Mg, K, and P to plants, because it absorbs and slowly releases fertilisers.

It also helps prevent fertiliser drainage and leaching by allowing less use of the same and reducing agricultural pollution in the surrounding environment. Biochar alleviates the impact of hazardous pesticides and complex nitrogen fertilisers from the soil, thus reducing the impact on the local environment.

In addition, biochar has the ability to stimulate soil microflora (key drivers of nutrient transformations in soil), which results in greater accumulation of carbon in soil. Besides adsorbing organic substances, nutrients, and gases, biochars are likely to offer a habitat for bacteria and fungi.

[The writer is an expert on sustainable agriculture and agricultural solutions] 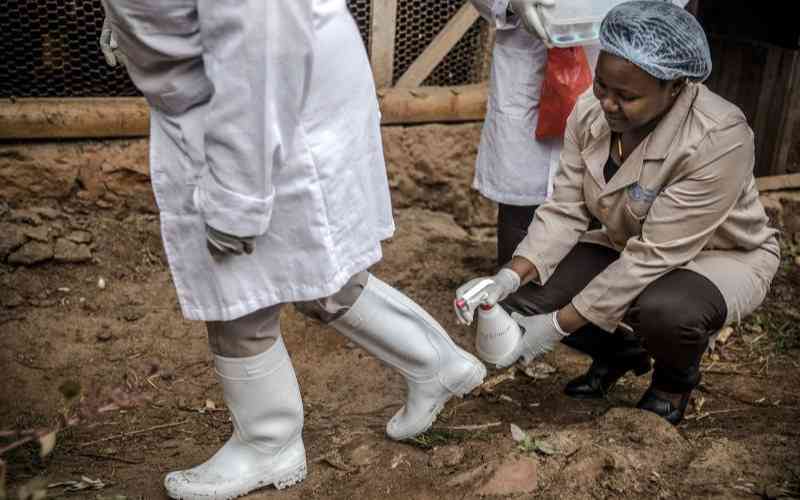 Colibacillosis: Disease that targets young birds
The disease is caused by a bacterium scientifically known as Escherichia Coli.
Livestock
By Dr Watson Messo
14 hours ago
.