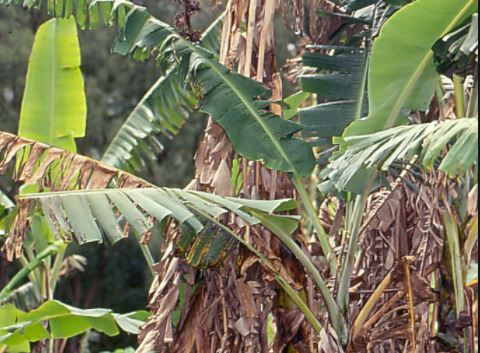 Scientists from Kenya Agricultural and Livestock Research Organization (KALRO) have embarked on the process of producing drought-tolerant banana varieties.

The organization has already come up with a variety that is tolerant to wilt disease which in the past has affected farmers across the country.

This came as the government organization admitted that production of the crop was low due to various challenges affecting farmers.

According to Dr Felister Makini, the Deputy Director in charge of Crops in KALRO, pest and diseases were some of the major challenges currently facing banana farmers.

Makini said that the research organization had already come up with a Cavendish variety that was tolerant of the wilt disease.

“We are working round the clock to come up with another variety that can do well in parts of Eastern Kenya where there is scarcity of water,” she said.

She noted that lack of personnel had affected their research following the ban by the government on hiring of new personnel and mainly scientists.

Speaking in KALRO farm in Naivasha on Thursday, Makini noted that post-harvest losses caused during packaging and transportation of the produce remained another challenge.

She said that the organization and The World Bank (WB) had embarked on a training programme to address issues of planting materials, soil fertility and harvesting.

“Currently the country's banana production is still low as we are doing 10 tonnes per acre and we can double this through change in farming methods,” she said.

Despite the challenges facing the farmers, Makini noted that value addition had increased farmers’ earnings as more products were produced from bananas.

“As part of value addition we now have banana wine, crisps, vinegar and others and we shall continue to support these farmers so that they can produce more,” she said.

On his part, a banana farmer Eric Kirimi from Tharaka Nithi County identified diseases and low prices in the market as the main challenges that they were facing.

He said that in the county, the water supply was an issue adding that they were keen on the training being offered by KALRO as it would assist them in terms of modern farming methods.

“Currently we have a variety of diseases and pests like banana weevil that have hit farmers adversely affecting production and we are using integrated pest management to contain them,” he said.