Duck vs chicken: Which is lucrative?

Ducks are aquatic birds that prefer freshwater life. Their distant cousins include geese, pochards, and teals. In Kenya, duck rearing for meat is not common as few people have a preference for their dark and tough meat. The most common breeds include Peking, Muscovy, and Rouen which belong to the Anatidae family. Rouen and Khaki are beautiful and are highly looked for, majorly kept as ornamental. Their fertilised eggs hatch in 28 days into lovely ducklings that are left to roam in the compound.

A mature adult goes from Sh1,500 to Sh2,000. Geese also belong to the duck family but are larger in size and mature in two years. They entirely feed on grass. According to last year’s edition of OECD-FAO Agri-outlook, growth in global consumption of meat proteins in the next decade is projected to increase by 14 per cent, driven largely by population growth. Of this, poultry meat is projected to grow by 17.8  per cent, the highest of all meat proteins. This demand can only be attributed to lower prices, good poultry meat consistency, adaptability, and higher protein and lower fat content from this type of meat. But what are the challenges of duck meat production in Kenya and how can our farmers take advantage of intensive duck production?

Products and by-products of duck farming

Ducks are mainly kept for meat production, eggs, and feathers. Duck meat consumption is popular among the Chinese and Indian communities. The feathers are mainly used to produce duvets, while eggs are rarely consumed.

Ducks have been bred on breast meat quality, high growth rate, feed efficiencies, feather cover, and early maturity. The modern crop will mature in 42-45 days, with a good feed conversion of 2.3kg, good feather cover, excellent waxing ability, and by-products like feet and tongues which is a delicacy for Asian customers.

Compared to chickens, ducks are generally resistant to most common poultry diseases. However, young ducklings are prone to Duck viral hepatitis at the age of one to three weeks. This is an acute highly infectious disease, that mainly affects liver functions. The sick ducklings may show twisted necks and appear as if ‘gazing’ the stars. Mortality can reach 30-90 per cent in the non-vaccinated flock. Good biosecurity with an early vaccination of ducklings with live vaccines is the solution.

Ducks also occasionally get gut infections due to the Herpes virus resulting in the Duck plague. With good biosecurity and vaccination, the disease can easily be managed. Just like in other poultry, they also contract Newcastle disease and if not vaccinated at hatch can cause a drop in egg production. Ducks are, however, immune to Newcastle disease but must be vaccinated to control outbreaks that can impact on other poultry lines.

Waterfowl especially ducks are known to carry pathogens without showing any clinical disease. This has been widely established in areas heavily infected with avian influenza, but because diseases spread from infected wild birds to waterfowls, it is important that ducks are reared under an intensive system and have no access to water ponds and streams. Ducks also get bacterial diseases like E. coli, salmonella, Pasteurella, and erysipelas. All these diseases can be well managed by good biosecurity practices, vaccination, and robust nutrition. 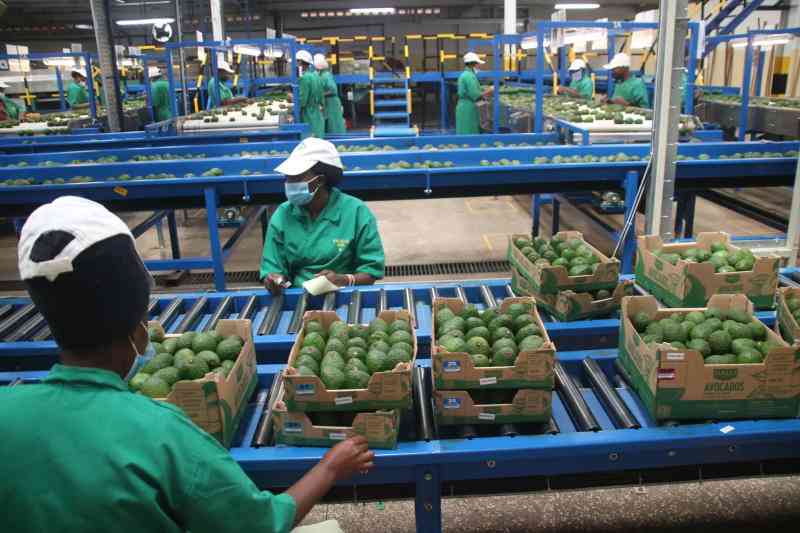 'There is no shortcut to becoming an exporter'
Kenya started exporting avocados to China in August and has since received a good reception, beating giants like Mexico and Peru.
Market
By Dr Joseph Othieno
Nov. 28, 2022

How technology can boost dairy farming Smart agriculture
The technology comes at a cost but it has handsome returns on investment.
Technology
By Dr Joseph Othieno
Jan. 27, 2023
.