The study was done by Caribou Digital, Kilimo Source - a research firm led by Cathy Kamanu, founder of one of Kenya’s largest agricultural Facebook groups, Farm Ink, and Habitus Inc, in Partnership with the Mastercard Foundation.

The study notes that the young people, through their posts, shares, photos and videos, are building and exchanging agricultural knowledge, offering each other support, and inventing new markets and marketing channels.

The study notes that, in Kenya, China and around the world, these emerging practices involve a young, dynamic and growing subset of the farming community.

For example in Kenya, there are farming groups on Facebook with hundreds of thousands of members, with enough activity to shape agricultural markets, including what people grow and how much they get paid for their produce.

According to the new report on social agriculture, three-quarters of survey participants across all occupations, ages, and genders identified social media as positively impacting farming. Further, 49 per cent of participants indicated that the Facebook or WhatsApp outage experienced on October 4, 2021, negatively affected their commerce.

“However, these numbers do not represent all farmers. Social agriculturalists / agripreneurs are young, educated, and connected; they are digitally familiar and already digitally connected smartphone and internet users. The poorest, subsistence farmers struggle to access the opportunities of social agriculture,” says the study.

On this, it recommends identification, ways to strengthen existing social agriculturalists and develop on-ramps to social agriculture for others currently unable to access the benefits of social agriculture. The report is contained in a research, which was carried out in Kenya over a period of nine months in 2021 to 2022.

The study includes clear recommendations for policy makers and technology companies to improve conditions for youth practising social agriculture, and is intended to spark further interest in (and collaborations among) those interested in youth employment and the digital transformation of agriculture.

One of the takeways is that social agriculture is a global phenomenon that has developed under the radar of traditional approaches to digital agriculture. It represents one possible future of agriculture, but remains poorly understood in terms of the opportunities for and challenges to realising agripreneurs’ livelihood goals.

Despite little attention from mainstream digital agriculture work, social agriculture introduces a significant new source of revenue; selling information as well as produce. When asked about what they buy and sell using social media, 52 per cent of participants indicated buying information and 78 per cent reported selling produce, advice and or services.

Social agriculture is already popular among young, educated farmers—there are lots of people doing it, and there could be lots more. Social media platforms, according to the report have more users than dedicated digital agriculture platforms.

“Facebook advertising indicates that the number of users interested in agriculture is estimated to be 9.3 million. In other words, despite any concerted marketing efforts, the number of people using social media platforms for agriculture in Kenya is higher than the total active users of dedicated digital agricultural platforms,” it notes. 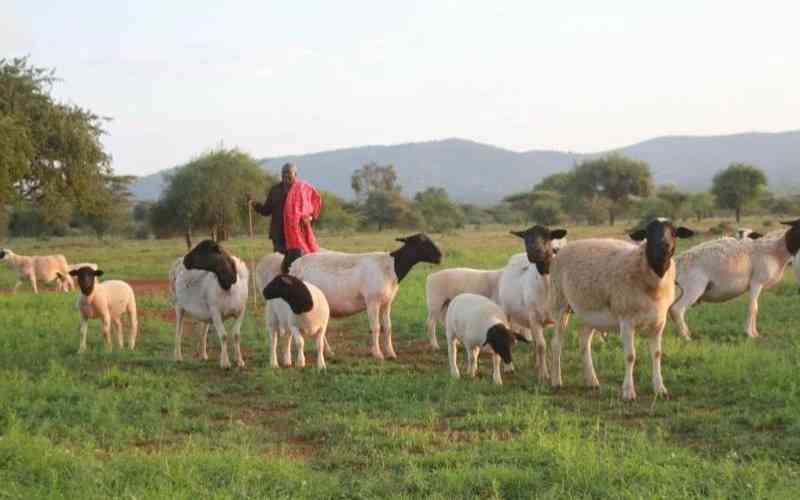 Coffee theft push farmers to employ guards
Some of the culprits have also targeted the farms during the day while the families are not working.
Crop
By Hellen Miseda
Dec. 01, 2022
.