Fact Checker: Did a stray lion terrorise livestock in Ongata Rongai this week? 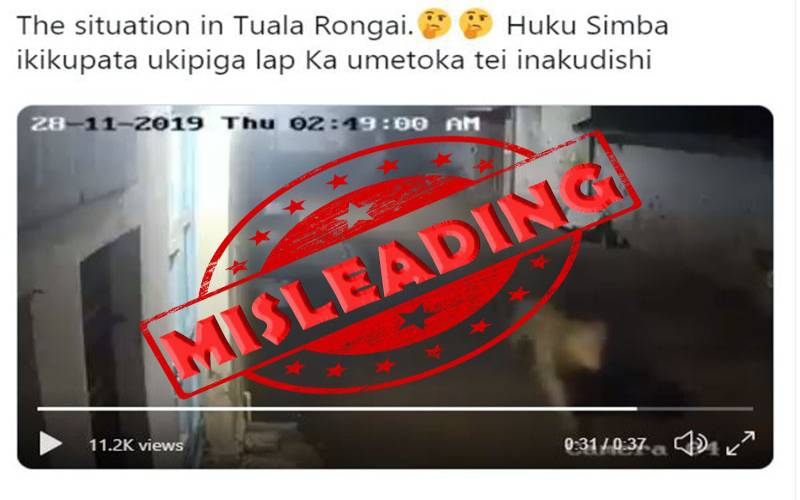 A video making rounds on Twitter of a stray lion captured on CCTV in a residential area supposedly in Tuala, Ongata Rongai, Kajiado County, is misleading.

The Standard Fact Check desk has established that the 37-second clip is not from Kenya as falsely reported by a tweep identified as @Muzley_.

He posted:  “The situation in Tuala Rongai. Huku Simba ikikupata ukipiga lap Ka umetoka tei inakudishi (here, A lion will eat you if it gets you on your way from drinking)”

We contacted Kenya Wildlife Service through its communication boss Ngugi Gecaga who said the events captured in the video had nothing to do with Rongai and Kenyan lions.

He said KWS had received numerous calls from concerned members of the public thanks to the false reports circulating online.

“Our team which is on the ground has not seen anything like that; and Tuala does not look like that. The person who did that wants to create unnecessary panic and fear among Rongai residents and I want to assure the public the CCTV footage is not from Tuala.”

We traced the footage to an online video agency, Newsflare, which reports that the incident happened in Western Gujarat, India.

The   video’s time stamp indicates that the incident took place on the night of November 28, 2019.

Visuals captured show a herd of cattle and a pack of dogs running for safety.

Fourteen seconds into the video, a cow is seen walking and a dog standing behind it, waiting while gazing into the dark before it suddenly starts running.

Seconds later an animal appears from the darkness and later turns out to be an emaciated lion seemingly in search of food.

According to Newsflare, the incident left locals terrorised.

Gecaga, however, told the Standard’s Fact Check Desk that a man was mauled by a lion in the Tuala on December 10.

“A man was killed in Tuala by a lion one week ago and KWS is condoling with the family as we look up to compensating them. Since the incident, our men are on the lookout,” he said.

A week ago, Simon Kipkurui, a casual labourer was reported missing only for residents to find a lion feeding on his body at Oloosirkon Ward in Kajiado East Constituency, Kajiado County.

Residents had to scare the man-eating lion with explosives to recover Kipkurui’s remains.

Following the incident, KWS, in a press statement said that it launched 24-hour surveillance in Tuala.

Gecaga has advised residents of Ongata Rongai not to walk around at night.

KWS also refuted claims circulating on social networks that ten lions are on the loose in Ongata Rongai, Ngong, Kitengela and parts of Karen.

We asked Gecaga what the public should do when they spot a lion or a wild animal and his response was: “We have a toll-free number; they should contact us or report to the nearest police station who will alert us immediately.”

It is not the first time lions are roaming in Kenyan residential areas.

In October this year, three lions wandering in the outskirts of Rongai were captured by KWS officers.

In 2016, KWS officers killed a lion after it attacked a bodaboda operator along Kajiado-Isinya road.

In the same year, six lions strayed out of the Nairobi National Park into Rongai sending chills to residents leaving near the park.

In March 2016, a lion that escaped from Nairobi National Park injured an elderly Nairobian. It was sighted along Firestone fence prompting motorists to hoot wildly in fear and excitement.

It was the fourth in less than a month Nairobians had to reckon with escaped lions.

December is usually characterized by lots of activities 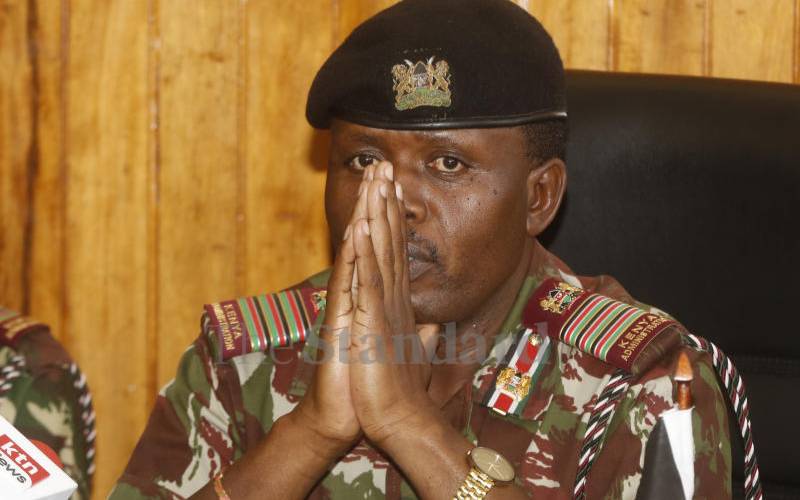 By Elvince Joshua | 3 days ago