By CAROLINE CHEBET, GILBERT KIMUTAI AND ABDIMALIK HAJ | 2 years ago 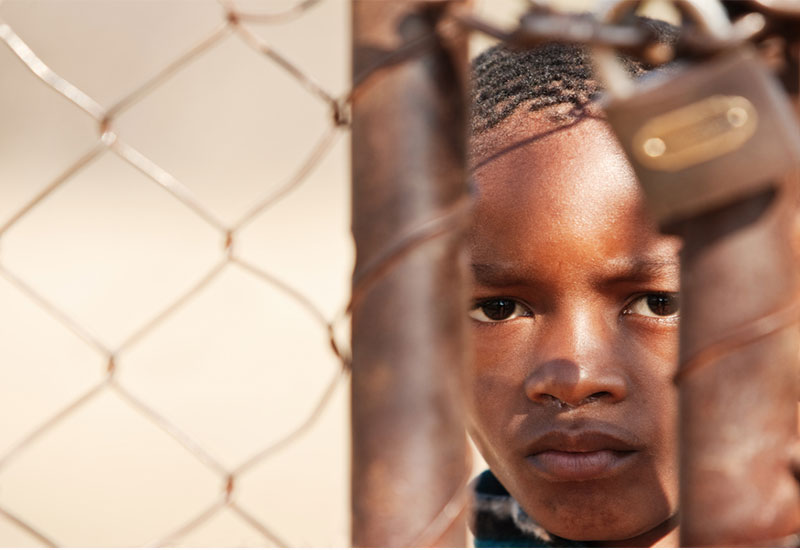 Kenya stands today with other countries as Africa commemorates the Day of the African Child. This year’s theme - Humanitarian Action In Africa, Children’s Rights First, aims to highlight the impact that humanitarian crises have on children and their vulnerability.

Locally, children continue to face untold dangers, often from people familiar to them. Emerging threats to children include radicalisation among school going children who are idle after majority of their teachers left for security concerns in North Eastern’s border towns.

Many schools in the border towns are left with either one government employed teacher, with some having none at all.

“I am the only teacher employed by Teachers Service Commission (TSC). Even though I am assisted by untrained teachers, there are still many other pupils who remain idle when I am engaged with another class,” says Elmaan, a primary school head teacher in Garissa. “As North Eastern leaders we sat down with Ministry of Education to get solutions for education crises. We came up with affirmative action, so that students with lower grades can pursue teaching and offer solutions to education problems,” says Ijara MP Sophia Abdinoor during the launch of the constituency development fund.

She says the state departments have invested in empty classes. They demanded the government posts more teachers to areas perceived to be insecure or allow students who scored D+ to train as teachers.

Other dangers stalking the underage involve abuse of children in special care and in institutions such as children’s homes. Horror stories of children battered by caregivers, and some killed in the hands of cruel parents continue to litter media pages and social media narratives amid calls for creating a safe environment for children.

The story of infamous Gregory and Rose Dow has in the recent past captured the imagination of Kenyans. The duo arrived in the village in 2008 to start a children’s home.

After a while, the foreigners withdrew from the public’s scrutiny. They banned the public’s daily ‘stop-overs’ for ‘greetings,’ sighting security reasons. They erected a perimetre wall and gates were always closed.

“During visiting days, we were assigned a worker to sit with us as we chat with our children so they could not reveal anything that was going on,” says Rosaline Keter, one of the guardians.

She says she felt the close monitoring was suspicious and after imploring her granddaughter to talk, the abuse was revealed.

“My granddaughter told me they were being abused and that most girls had family planning implants where the owners of the facility ordered to be forcefully implanted,” Ms Keter says.

Keter first reported to the area chief on September 2017 and subsequently to the police in Konoin.

Her reports, prompted investigation which revealed how nine teenagers had been molested by Gregory Dow and forcefully put on birth control. In line with the humanitarian crises, Brenda Achieng’, a nurse in Migori says children still bear the big burden of HIV, with some parents deliberately denying them medication because they are struggling to hide their HIV status.

“Stigma is still a big problem, and children are not spared. Medics have to beg some parents to give their children ARVs and some resist, saying that the children will reveal their status,” she says.

Commemorations have been planned countrywide.

Is technology going to save the world. . . or kill it?