What happens to the lovemaking lives of women whose hubbies die while they’re still in their prime? 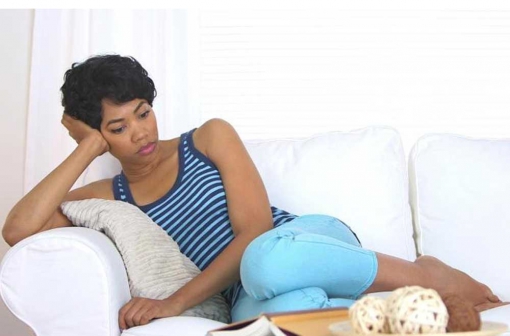 Death hits all of us hard. Men, especially those who lose their wives, will shed a tear or two and put on a brave face even as they bereave. They rarely admit they are in pain, unless they are confiding in relatives or drinking buddies. They are likely to put up a wall around them and pretend that everything is okay.  On the other hand, women will wail, roll on the ground and tear up uncontrollably.

But when death strikes in marriage, as someone once observed, widows grow fat and beautiful, while widowers succumb to a volley of ailments a few years down the lonely path of life. And while generally it’s easier for men to carry on with their sexual activities in widowhood with mistresses stepping up to the roles of wives, the same can’t be said of women - especially those with teenage boys who are protective of their mother and will shoo off  ‘hyenas’ out to ‘maul’ her.

Indeed, in some communities, the death of a rich man’s wife is shortly followed by suggestions of possible replacements even before burial plans are finalised. It could be the deceased’s younger sister, or cousin. It is what society expects...a man can’t live without a wife and by extension sex.

But what happens to the sex lives of women whose hubbies die while they’re still in their prime? How do they channel their cravings without being judged harshly by society?  Wearing a widow’s shroud can be tough, especially when you have to mix that with fulfilling sexual desires, without stepping on the toes of society’s expectations.

A top communications practitioner whose husband died over 10 years ago, says being a widow has more challenges than being married. “When my husband died, I was 34. It took me four years before I got intimate again,” she says. She says that her decision was dictated by expectations of society.  “Of course I can’t sleep around just for sexual gratification, but also, I felt like I was cheating on my husband whenever I went on a date. I would keep on looking over my shoulders, fearful that one of his friends or neighbours would bump into me,” recalls the mother of two.

What to do when body image is affecting your sex life

So far, she hasn’t been able to get into a relationship. “I want to get married, but maybe when my kids have grown and left home. I also want to be with someone,” she confesses.

She adds that her husband was the best man, “but society makes it very difficult for widows to move on with their lives. It’s like they expect you to stay strong and suffer through life alone with no companion. People talk and you can’t even be seen with another man before rumours start doing the rounds about how you are changing men like clothes since the death of your husband.”

So how do they deal with their sexual needs, with the memory of their husbands still fresh in their minds, and even fresher in the society’s mind? Robert Burale, a pastor and motivational speaker who is separated from his wife, says society judges men through rose-tinted lenses.

He cautions men against remarrying soon after their spouse’s death. “You need to heal. If you don’t heal, you will carry a lot of bitterness which you will direct towards the new spouse,” he warns. Psychologist Faith Atsango says there is no defined way for women to handle getting back to intimacy after the death of their husbands.

Faith says that there are women who will start sleeping with different men as a way of dealing with the loss or “trying to fill the void the husband left.” Some, she adds, withdraw and focus on their children.

“It’s the way they react. But women have to understand that society is selfish and it’s usually best to follow your heart, as long as you can handle the backlash, “she advises.

By MARTIN NDIEMA | 5h ago