Guys, if you must move into your girlfriend’s house, then stick to these rules

My Man - By Silas Nyanchwani 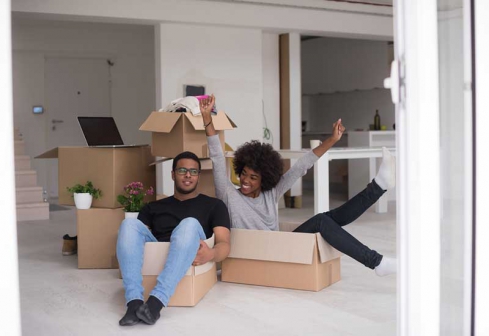 Before young men began bending the rules of life, it is women who used to move in with a man. Now, I'm seeing more and more young men moving in to a woman's house and seven out of ten, there is invariably a terribly sour outcome.

It is like we need to socialise these young men on the female psyche and we need to set up a school for this. We cannot have big men, old enough to know better, making such depressingly disastrous decisions as to move into a woman's house. If you have ever been disrespected by a woman, you will know that a woman can kill your self-esteem so bad, it will take you ten lifetimes to recover.

And the easiest way to lose a woman's respect for you is to move to her house. Women make the worst breadwinners. It is biological, so I'm not accusing them of anything. If a woman lost her job, or her career came to an end owing to sickness or other factor, she can sit home and depend on the husband to fend for the family. If a man lost his job and things went South, a woman will only be patient up to a certain breaking point. Because one thing that women universally hate is a lazy man who cannot fend for himself. Even if you are hung like a horse and pack the best game in bed in this corner of the universe, she will kick you sooner rather than later.

So what if as a man you have run out of options, and she has said she can house you as you put your life together?I have a few wise words to share with you.

For starters, always have a plan B. She will probably kick you when it is raining, so have a backup. Secondly, find a way to gradually take charge of the main bills. It is what will make you a man. Even if you don't have a job, run a few errands, volunteer a few places here and there, but come end month, go pay the rent. You have to push yourself a little harder bro.

Thirdly, ensure you replace the things in her house into more masculine stuff. Female beds and preferred furniture are usually too feminine, you cannot host even your friends there. So agree to sell them and find something agreeable. Speaking of male friends, remember you have no right whatsoever to host your friends of either sex in her house. Women are rather too protective of their turf.

Also, if you are staying in a woman's house you cannot arrive home late. She will not tolerate you. When a woman is offering you a roof, expect the worst bits of her controlling nature to manifest should you arrive home late at night in drunken haze. Most women who have put their lives in order do not suffer fools gladly. Fourth and finally, you have got to learn to pick after yourself, son. And while at it; house chores. You have to do the dishes or the cleaning to justify the rent she pays, if you have totally failed at it. No human being who provides a roof for someone in African can still slave for you in the kitchen. Unless she is so much in love and naïve, she can't believe her luck that she bagged you. But the rule of the thumb still remains, do your best and avoid moving to her house. Respect your balls.