January 3, 2012, began with a lot of trepidation for Anne Muiruri. Her house help, the lady she had hired to look after her two sons, had been away a week longer than her expected date of return.

The year was still nascent but the days rolled out fast towards school opening. For a working mother and the sole parent to two boys, it was a conundrum that turned her modest visage into a grimace.

She says: “I didn’t know where she was nor what was wrong. I was worried, one for her, and second for my sons. A week had passed and there were no signs of her return. Since I couldn’t wait any longer, I began to scour all over for her; looking for contacts that could lead me to her whereabouts.”

It’s said that those who look will find, and so did Anne; she managed to find a phone number. When the call went through, Anne expected the soft coy voice she knew to apologize and express remorse.

The call was answered fast and swift but instead of the house help speaking, she was met with a billowing, loud, and raucous diatribe that smudged her character as well as suggested that she wasn’t fit to be called a human being.

“Who is this?” Anne prodded, not sure whether it was her maid or a different person.

“It’s Eunice, you stupid!” came a reply from the end of line.

And so, the woman she had strongly related with, who took care of her sons and managed her household in her daily absence, sublimed in a flick. She was no longer the nice girl who prepared her sons for school and picked them up in the evening.

“She was utterly rude to me and addressed me with total disregard. I couldn’t believe it, especially because before she left to visit her folks back home, which I discovered later was part of her evil ploy, I shopped for her and her family. I also paid her salary for the month and bought clothes for her and her child to celebrate Christmas and New Year,” she says.

But there was more to the melodrama than she thought. Later when she went into the help’s room, she found it almost empty: Everything had been clandestinely freighted to safety before the obnoxious parody. Then came the stunner — sort of the icing on the cake of the misfortune: Sh20,000 she had kept away in a safe was gone too.

That’s when Anne came to her senses. She realized she had been robbed, lied to and bonked by the woman she considered trustworthy. She treated her as “a member of my family. She was like a sister or a daughter. She looked after my children and I allowed her immense freedom in the household. I had to look for a new help. It was heart wrenching and sad for me.”

These are the tales of pre-February hijinkery, otherwise called January blues house helps slap on their bosses. They act normal, curtsy to their employer and carry themselves with a demure veil, all in the guise of stroking time… but in January?

Having learnt from experience, Anne points out that they are vicious and let you down when you least expect. As the year unravels, many parents have probably found themselves in the same quagmire.

For Prisca Atieno, the story is a labyrinth of excuses and half-truths. Two years ago, she calmly allowed her trusted nanny to leave for the festivities back to her home. “We agreed that she was to be back by January 3,” she says.

But deep in Prisca’s mental psyche, her intuition was thawed on the authenticity of the date her nanny offered. “So, I began reminding her gradually from December 27. I called three other times to keep her aware of the day she was to resume. A day before she was to travel back, her phone was off air,” Prisca continues.

When Prisca called two days after she failed to show up, a man picked up the phone and didn’t offer much help. Instead, he asked for the lady’s fare and pocket money while she travelled. Finally, after three long and tiresome weeks, Prisca’s nanny showed up with bags aloft her shoulders.

“I had a hard time preparing my son for school and hitting work on time. I brought in a cousin to help because it was too much work and pressure for me. I couldn’t listen to her list of excuses. The next day, she was on transit back to her home.”

Salama Wandia, an editor, is currently battling a looming possibility that she will be forced to take an early leave from work this year as her help has asked for time away to look into the wellbeing of her own child. Though genuine, Salama cites that it was impromptu with no regards as to how she will take charge with a new baby in tow.

She came from maternity leave two months ago and hoped to work several months before asking for another leave. “I didn’t expect to ask for leave this early into the year but it seems I have to,” says she. “My daughter is also opening school and I haven’t figured how I will handle all household demands as well as the children.”

The situation would look better for Salama. However, wait until you hear Anita Onuko, also a working mother, recounts her troubles with a slothful maid. “I have a four-month-old baby who needs to be fed and watched over keenly. I have two girls who are due to open school. They will need to be prepared very early morning before the school bus arrives, and to be picked in the evening. My maid has told me she can’t wake up early for the girls. Neither is she competent in caring for the baby and his needs,” says Anita.

Anita, like many other women in similar spots, has to contend with her help as she has seen several come and go without much difference. “I have realized all house helps are inadequate. However, for us working mothers, we have to take the risk and keep them at home.”

But even in the face of glaring accusations, there are hidden planes to this squabble as there is on a polygon. One housemaid says they can’t take the blame as their bosses treat them callously. Jane, for fear of being victimized, only wants to be identified with one name. She thinks that ostentatious employers need sternness.

“Yes, my work is to take care of the household: but our bosses treat us sub-humanly. How can I wash the car, prepare the children for school, have breakfast ready, and bottle-feed the baby in one morning? If she were a nice person, she would help me work.

No human being can work like a slave for very little pay and for long — that’s why we retaliate at times. January is a good time to prove to them that we are important in their lives,” explains Jane. 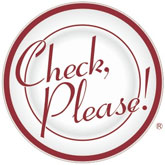 By ALLAN KIMANI | 7yrs ago

Don't do this on a first date 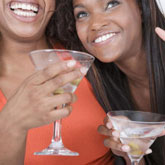 Invitation to my no resolutions New Year bash 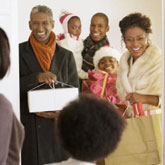 Drink responsibly, drive when sober and take precaution this Christmas

Who messed up our Christmas?