Should a school ask your permission to give your child chocolate? 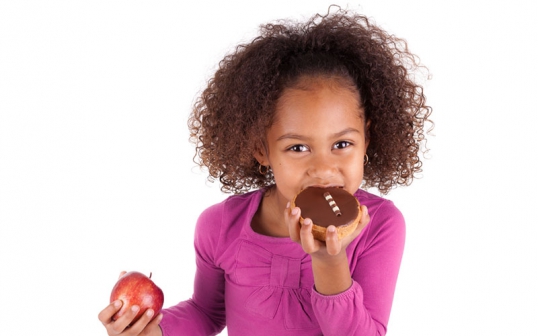 A head teacher who sent a letter home to parents about a 'Kit Kat lesson' has raised the question of whether it's necessary for to ask for parental permission when it comes to children eating chocolate.

The issue has divided opinion after Andrew Blakeley, in charge of Hopton Primary School in England, sent a letter home to parents asking if they wanted their child to eat a Kit Kat as part of a literacy class.

The Year 1 children, aged five and six, were taking part in a class about writing instructions for ‘how to eat a Kit Kat’.

Beforehand parents were asked if they objected to their child having chocolate, reports the Huddersfield Daily Examiner .

The letter, signed by Mr Blakeley, said: “On Monday 6th November each Year 1 child will be given a Kit Kat to eat.

“If you do not wish your child to eat a Kit Kat please let us know before Monday.

“If you do not want your child to eat a Kit Kat they can still take part by watching another child eat theirs.”

Opinion over the school's letter was divided on Facebook, with one reader writing: "Due to severe allergies, I would want to know before my son was given anything to eat. I would like to be kept informed.

"We were once in a situation where school gave him mayonnaise - he is allergic to egg - he missed school as he ended up so poorly. If they had asked we would have said no and suggested an alternative. Well done to the school for asking!"

Another added: "So it's okay for school to give kids chocolate but if parents do it they're ridiculed by the school and the children have them confiscated?

"As usual one rule for them a different rule for us scenario."

A third said: "Why [do] they need to ask, at school they're in charge, at home parents are."

Mr Blakeley said: “We send letters home maybe five times a year. We want mums and dads to know what their child is doing and having in school.

“It’s not about penalising a child if a parent says no. No parents have contacted us to say no.

“But we do activities in food technology or art and design and we may ask parents for permission.

“It was done as a courtesy and out of respect for a parent’s choice.”