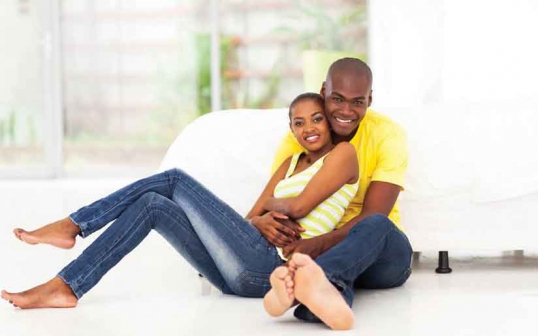 ALSO READ: All you need to know about work place harassment

I would like to add my voice to what many experts assert that sex is the most intimate form of self-expression between lovers. It makes a world of difference when partners enjoy the union satisfactorily. Sexual intimacy ensures a special physical bond, an important ingredient in every relationship. I am aware, however, that sometimes things do go wrong and sometimes, drastically.

As is expected, a relationship begins with high sexual energies, building upon the foundation of the relationship with great energies, passion and enthusiasm. When the romantic stage of the relationship is over, it is not uncommon for couples to enjoy less frequent sex. This does not in any way reflect discontent, it only means that the couple has made significant positive movement and growth in the relationship. The challenge would lie in a libido variance between partners where vulnerability and openness is not explored and expressed positively.Sex is the purest form of personal physical love expression, the most intimate way partners can express love for one another, what goes wrong one would ask?

Let’s look at some of the misconceptions:

1. Hormones are the main driver of her desire

The general assumption for a woman who is not keen on sex is associated with hormonal issues causing a low libido. While this could be true to a certain extent, it is one of the biggest misconceptions. There are various reasons why a woman will not be interested in sex, ranging from poor physiological and psychological health, body image, and stress levels particularly over loss and grief and where there have been issues of trust and infidelity. The quality of the relationship has a lot to do with the manner that a woman responds to sex. In most cases, low sexual desire in women is as a result of poor self- image, commitment to the relationship, and emotions attached to the partner.

2. The absence of the big “O”means no sexual satisfaction

There always is a lot of discussion around the big “O”, a subject that attracts varying opinions as to whether the G-spot exists or elusive. Research on the question, “Do orgasms exist?” by ABC News reported that 75 per cent of women have never reached orgasm from intercourse alone, while 10 per cent to 15 per cent have never climaxed, even with additional stimulus. This is compared with the 98 per cent of men who claim they always achieve an orgasm during sex. Many women confess enjoying sex but have never experienced the big “O” while others say they have experienced it only a few times but continue to enjoy sex regardless.

Emotional intimacy is a sense of closeness that goes beyond the physical. It is fulfilling and enhances other aspects of intimacy enabling both partners to experience deeper intimacy levels and seeking fulfilment together. Ideally, sex in a loving relationship should be the physical embodiment of intimacy which comes with the connection of every couple. Intimacy does enhance the quality of the relationship but does not necessarily translate to good sex. Several couples have confessed that emotional intimacy makes them great friends but it does not necessarily mean good sex.

4. Deal with emotional problems before sex

When emotional problems such as anger, resentment, fear, and unresolved conflicts arises, the general assumption is that you first resolve the conflict by talking, solve the problem then have sex. Usually, it works best the other way for most, let’s have sex and then deal with the issues. The touch is magical and healing restores emotional connection.

The writer is a relationship expert and author, “Marriage Built to Last” series. You can reach her on: www.jenniekarina.co.ke

Why you should have the sex talk with your kids early