That question about a tree falling in a forest when no one’s around to hear it is totally pre-millennial.

The new version is, if an event takes place and no one posts it on social media , did it really happen? The answer, of course, is no.

This week, someone uploaded a photo of a note their friend’s brother received from his neighbour. The subject was the somewhat delicate matter of being constantly disturbed by the young man’s nocturnal bedroom activities .

After politely applauding his success in this area, the neighbour revealed the issue – “the bed squeaking is getting annoying”.

He suggested a few ways this could be remedied, and other quieter locales the assignations could be relocated to, before showing ­goodwill by including condoms in the envelope.

It was a deft way to deal with what could have been a difficult interaction – particularly as someone else in the building had been on the verge of making an official noise complaint. Problem probably averted.

But still, imagine getting a letter like this. Beyond embarrassing.

I have endless sympathy... for the neighbour. Composing a letter like that is excruciating, and the reason I’m so sure is that I’ve done it.

Obviously not as well as the above example, and with very different results… I still hold a grudge against Earth for not opening up and swallowing me when I needed it to.

In my roaring twenties, my bedroom was separated by one wall from the boy next door, and it became ­abundantly clear just how thin it was the night I moved in.

My flatmate was far enough away not to hear anything (her room was, presumably, in Melbourne) but I lay awake most of the night, then every night. Being impressed at the stamina involved wore off quickly.

My neighbour entertained a steady stream of guests, all of whom were loud and extremely religious. Their influence led me to start praying – that this evening’s performance would end soon.

But God didn’t listen. Maybe his ­attention was diverted by the women next door repeatedly screaming his name. Earplugs didn’t help, neither did a pillow over the head or drinking myself unconscious.

Eventually, after months of sleepless nights, I had to do something. I’ve buried the exact contents of the note deep inside the recesses of my mind for my own protection, but I can’t escape a vague memory of trying to make some prowess-related jokes to ease us in. Cringe.

Weeks later, I went to a local house party. A big group of us walked home together, friends and friends of friends, people drifting off at ­intervals.

When I got to my road, it was just me and one bloke, who I didn’t know. I walked up my road. So did he. I stopped at my door. So did he. We looked at each other.

He said: “You didn’t write me a letter, did you?” at the exact same moment my head burst into flames, so violent was my blushing.

If it had been a romcom we would have fallen in love, but it was real life, so instead I died inside, then ensured the chances of bumping into him were as slim as possible by never leaving my flat during daylight ever again.

Awkward and mortifying as the incident was, if I went back in time I wouldn’t change it. OK, I humiliated myself on every level, but he moved out ­immediately just three years later, so I won in the end. 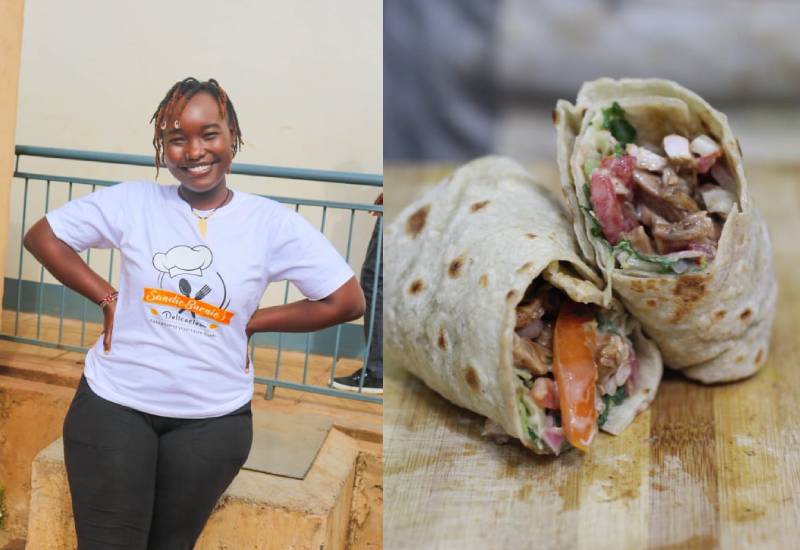 My hands are my secret ingredient